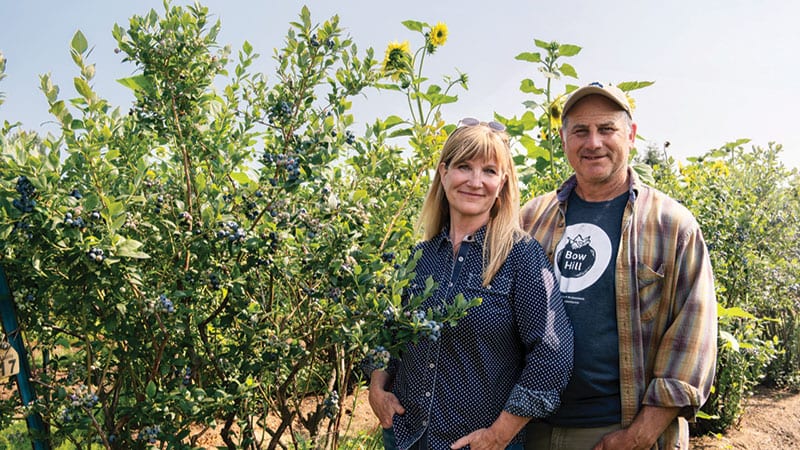 When Susan and Harley Soltes first bought a historic blueberry farm in Skagit County, an adviser told them their bushes were obsolete.

They looked at each other. “Sounds like heirloom to me,” Susan Soltes said.

In the years since, their family has built Bow Hill Blueberries into a flourishing 5-acre organic farm, transforming the heritage varieties into valuable assets rather than drawbacks. Customers can typically visit the farm for summer U-picks and farm stand shopping (see bowhillblueberries.com for the current schedule), but most of the berry harvest goes into 100% blueberry juice and confitures (available at PCC), and nutritional powders, pickled and frozen berries and other products. The Seattle Seahawks kitchen uses Bow Hill deliveries to blend into smoothies for the players.

Beyond that, the 1940s-era farm has returned to its old role as a gathering place for the community of Bow-Edison in the northwest corner of Washington state.

“We wanted to rejuvenate it and make it the community center that it was before, because so many people had experiences on that farm and so many people in the valley had connections to it already,” Susan Soltes said.

From the beginning, berry farming was not an obvious choice (or a first career) for the couple. Harley Soltes had been a photojournalist, while Susan produced and directed TV commercials. Harley had operated a hobby farm for some time, though, and then he photographed the “Chefs on the Farm” book about Quillisascut Farms in eastern Washington, while Susan took one of the influential organization’s beginning farming courses.

“I think I could do this,” she decided at the class’s end.

“I told him I’d farm with him… as long as we did it in the Skagit Valley,” with its light and art and supportive business community.

Blueberries seemed like a manageable crop, and one that “made people happy,” Susan recalled.

The original owners, the Anderson family, had been the first in the valley to take on blueberries, planting stock purchased from a traveling salesman from New Jersey. “Those are the same plants we harvest from today,” she said. “We’re really grateful and pay homage to the Andersons, because we inherited a lot from them.”

But the varieties were not what modern mass-market customers expect. Commercial berries are bred for size and durability, generally ripening at the same time and easily machine-picked. 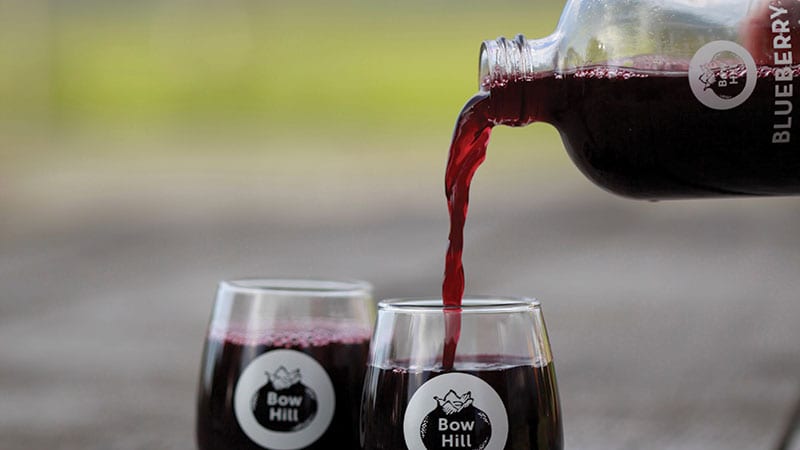 At Bow Hill, instead, there are tiny sweet Rubels, which must be picked by hand and have a thick skin. Other varieties include Stanleys, flavor-packed but not hugely productive compared with modern plants, and tall deep-purple Jerseys, which must be picked on ladders but hold their color well (Lopez Island Creamery orders them up for blueberry ice cream).

The couple and their children were used to hard work and big projects.

Backgrounds in marketing and photography helped, as did Harley’s skills at researching.

But “we weren’t businesspeople,” Susan said.

They appreciated help from Skagit services like the Northwest Agricultural Business Center, and fellow farmers and agronomists in the community who shared advice—and longtime employees like Pablo Silva, who had been harvesting blueberries since he was 14 and now owns his own family strawberry farm. “We taught him how to farm organically, and he taught us about blueberries and how to pick them.”

Transforming the property into a certified organic farm was also important to them, especially given that they live on the property and wanted to keep an open U-pick. It was worthwhile, but not easy.

“There’s so much regulation…You have to track absolutely everything. And you’re audited every year extensively, it’s like a tax audit. So our field is audited and our kitchen is audited, because all the products are certified, we make everything right there.”

They learned quickly that selling berries alone wouldn’t bring in enough money to cover their costs. Value-added products like the juices joined the mix, thanks partly to U.S. Department of Agriculture development grants.

The first year they harvested 29,000 pounds of berries. After rejuvenating the soil and plants, it rose to 73,000 pounds, from the same bushes, Susan said. “They just needed the health and the help.”

The Soltes are glad that they’ve been able to provide jobs in the rural area, with six employees working year-round and 20 to 25 in the summer. She’s glad they found the lifestyle and sustainable business they had sought.

“We didn’t go into this farming thing to get rich,” she said, but for those other goals.

“One of the Andersons told me, ‘There’s nothing better than walking out in the fields in the morning and eating fresh dew-covered berries.’ And she was right.”