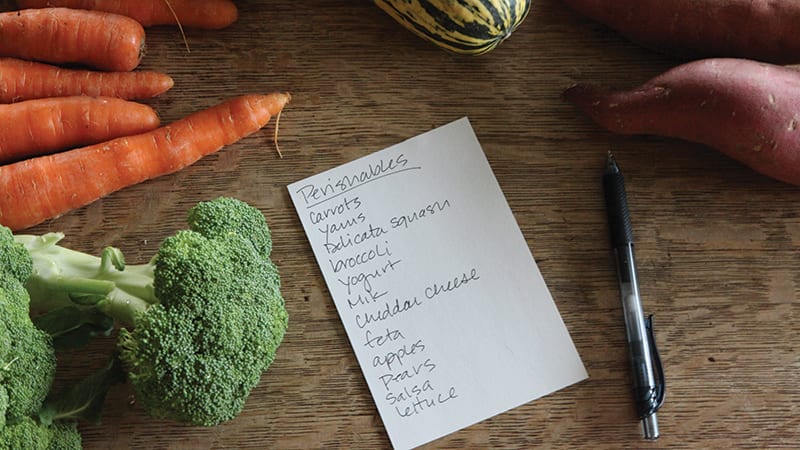 About 15 years ago, I started making New Year’s resolutions—not for myself, but for the environment. Sure, I recycled, conserved water/electricity, and tried to remember my reusable shopping bags, but I was growing concerned at the impact of modern life. So, that year, instead of joining a gym, I resolved to be a better planetary citizen. I wasn’t going to singlehandedly save the world, but I could do a better job of mitigating my impact.

The first year was easy: I stopped taking to-go cups from coffeeshops. If I didn’t have a reusable mug with me, I didn’t get a drink. This led to some days without beverages, and some days enjoying my tea or coffee on-site, instead of running out the café door. It wasn’t hard. At the end of the year, I had avoided a whole lot of paper cups with little impact on my life, so I kept it up.

I am sure it seems silly to some—saving a few cups a week, what difference is that going to make? But this was 15 years ago. If I do the math, that’s (conservatively) more than 3,000 cups, insulated holders, plastic lids and sometimes straws. Not to mention the energy and emissions involved in manufacturing and transporting these products. It’s a small thing, but over time it does add up.

The next year I got serious about reusable shopping bags. As a student I had lived in Vienna, Austria, where shops charged the equivalent of $2.50 for a paper bag with handles, $1.25 for a plastic bag. That level of economic impact was a motivator and most people carried their groceries home in charming baskets. I resolved to donate $2 per bag to an environmental charity if I forgot my reusables. I staggered out of a few stores with grocery items filling my arms, but for the most part it worked.

For me, success in these efforts ultimately depended on what I did once I got home. If I immediately put my reusable shopping bag back in my purse, I had it when I needed it. Ditto with the mug, and the refillable water bottle I was now carrying. Extra bags should be hung on the knob of the front door, so I would see them when I next left the house.

The next year I analyzed what I was putting in the trash and figured out how I could reduce or eliminate it. Mostly it was single use plastic bags from food items. Switching to bulk purchasing (in bags that could be reused multiple times) made a good dent. I gave up liquid hand soap and switched to bars. I found a store that sold household cleaners and body lotion in bulk and bought reusable glass dispensers—and I sought out products that were made in my state or region to cut down on transportation emissions (why was I buying soap made in the south of France?). Soon the interior of my fridge was lined with Mason jars and glass Pyrex containers—to avoid zip-top bags, plastic wrap and foil—and the trash I generated each week was cut in half.

Around this time, the modern Eat Local movement started up—an attempt to cut down on transportation and emissions involved in current agriculture and to support local farms. In 2007 a group of “locavores” out of San Francisco challenged people to spend a month eating only products made or grown within 100 miles of where they lived. This meant serious seasonal eating and giving up things like citrus or avocados that do not grow here. There would be no tomatoes or berries in winter (unless frozen the summer before), no bananas, no sugar and almost no processed food. When the month was up, some of the habits stuck (bananas and avocadoes became special occasion only). I committed to supporting my local farmers, and the size of my trash was cut in half again. [I weighed my garbage for this story and, with recycling and composting, my monthly output is now down to a small bag that weighs 1.5 pounds].

As an outgrowth of this preoccupation with food and waste, I started gardening. What started out as a few raspberries, tomatoes and a basil plant soon turned into a community garden plot, then a much larger garden and chickens when I moved onto an oversized city lot. Soon I was freezing bags of berries for the cold season, trying to figure out where to store 32 winter squash, and otherwise eating what the seasons offered—eventually growing 80% of my food through the summer months. But even just planting an herb garden made a big impact—imagine all those plastic clamshells of herbs avoided over the past 10 years.

There are solar panels on the house now, and a rainwater catchment system that stores enough water to irrigate both the garden and more than a dozen fruit trees we’ve planted (each of which consumes 48 pounds of carbon dioxide a year). There are also pleasures: the best strawberries I’ve ever tasted, spring peas that are sweet and snappy, and baskets overflowing with pears and apples each fall. Doing good, it turns out, also tastes good, and sharing a meal that you’ve grown with friends is an unexpected sort of joy.

I stopped traveling in the summer as well—partly because the garden was lovely, but also because I know the impact of air travel.

I recognize that not everyone has access to a yard in which to plant fruit trees, and not everyone has the financial means or circumstances to alter their life in this way. But many of the things I’ve done have actually saved money, though they may take time and effort. And those of us who do have the privilege can spend it in ways that are beneficial to all.

The biggest challenge, for me, was food waste—responsible for 10% of global carbon emissions. I still found myself throwing out food that had gone bad. I tried meal planning, but that felt confining. I tried putting 20% of the perishable contents of my shopping cart back on the shelf so I didn’t overbuy, but that wasn’t failproof. Next I tried imposing a fine: whenever I let food go bad, I would donate its purchase price to a local food bank. But nothing worked consistently.

The solution was to write a list of all perishable items and post it to the door of the refrigerator. Every time I went to make a meal or have a snack, I could see what needed to be used. This worked—and also cut down on the amount of time I spent standing in front of an open fridge wondering what to have for dinner.

I have an ongoing debate with one of my best friends. I believe that such personal efforts to mitigate our environmental impact are important, and increasingly so in the era of climate change. She thinks saving a few cups and plastic bags is not going to save the world; that individuals don’t have significant power on their own and need government and industry to make the large-scale shifts that are required to have significant impact.

My friend is not wrong—without larger reductions in emissions and energy use, it’s hard to see a way forward, and there’s been an outsized emphasis on personal efforts when corporate impact has been given a free pass. All this is true.

But my friend is also not entirely right. The thing I have learned is that, whether in advocacy or lifestyle choices, personal efforts add up. The antidote to helplessness is action.

When I think back on the amount of plastic and garbage—and the associated manufacturing and transportation emissions—that I’ve avoided over the past 15 years, it’s more than enough to fill my house, or an auditorium—it’s more plastic than litters a beach.

Change rarely comes from the top down. Whatever steps we’re able to take as individuals, whether small or large, it’s up to us to push, to advocate, to use our power as consumers to demand better choices. It’s up to us to take responsibility for the changes we can make.

Agroforestry could help both farmers and salmon

PCC Board of trustees