Should we say goodbye to the school lunch milk carton? 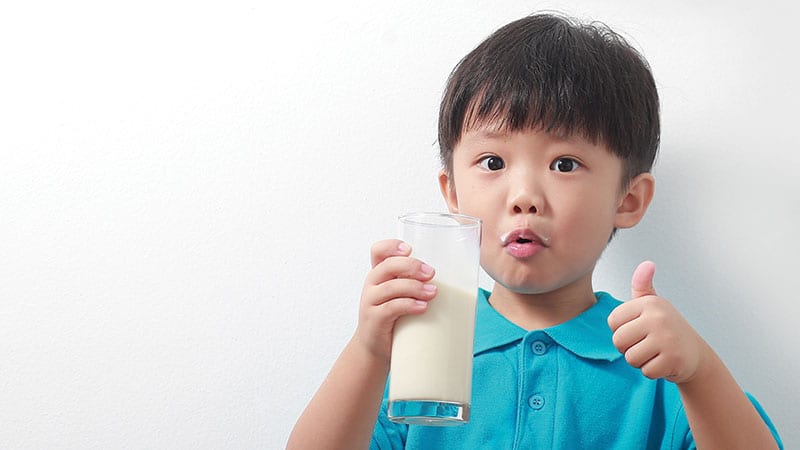 Every school day some 30 million students eat meals subsidized by the National School Lunch Program (NSLP). Each of them is entitled to 8 ounces of milk, and that milk almost always comes in a carton. The issue? Those students leave behind a lot of leftover milk—almost 30%, according to new United States Dept. of Agriculture (USDA) data—not to mention tons and tons of empty cartons. There’s a lot of waste.

But in a handful of districts in the Pacific Northwest, cafeteria workers, custodians, school administrators and students are working together to bring steel cows into their schools. If their efforts are duplicated across the country, the environmental benefits could be massive.

Milk dispensers loosely resemble commercial coffee makers, with a stainless-steel, refrigerated compartment stacked over pour spouts and a drip tray. If you’ve ever gotten milk in, say, a hospital cafeteria or an IKEA, you probably know the design.

At Columbia Valley Elementary in Vancouver, the school’s Green Team—student volunteers who help implement practices like bottle-refilling fountains—convinced their principal to participate in a county-wide milk dispenser pilot. Two dispensers arrived at the end of January.

Each school day since then, Columbia Valley cafeteria workers have filled its pair of twin-spigot machines with 5-gallon sacks of nonfat and 1% milk. A hundred and ten pounds when empty, each dispenser sits on a sturdy, wheeled cart, low enough for children to reach and for staff to restock through a front panel.

Third-grader Scott Cantonwine wanted the dispensers after discovering how much milk was being wasted. He was part of the team that convinced his school to give steel cows a try. “Sometimes people won’t even open their milk and drink it, so that wastes a ton of milk and the carton,” he tells me. “So if we got the plastic washable cups with the milk dispensers, they could get the right amount of milk that they wanted.”

Despite the evident benefits, some school administrators argue that milk dispensers could violate school lunch regulations set by USDA. Schools participating in the NSLP are reimbursed for every lunch served, as long as meals meet nutritional guidelines. A common concern about milk is that, if schools don’t ensure that students take exactly 8 ounces of milk, they’ll be out of compliance. Cash-strapped food service programs running on tight margins can’t afford to lose that reimbursement.

NSLP guidelines identify five food types: milk, meat or alternative proteins, grains, fruit and vegetables. A reimbursable meal must include at least three of those types and must include at least one serving of either fruit or vegetables. Milk is not required, but it must be available. And, if it is part of a reimbursable meal, it must be an 8-ounce serving.

A USDA spokesperson writes: “The regulations … do not mandate any specific type of packaging for milk served as part of the reimbursable meal, nor do they restrict the ability of schools to use milk dispensers. However, schools that use dispensers are expected to take steps to ensure that children receive the required 8 oz. serving when selecting milk.”

That information is either too open to interpretation, or it isn’t common knowledge. Paul Flock, supervisor of nutrition services for Olympia Public Schools, hoped that his cafeterias could use steel cows but wasn’t certain.

But, after an audit, the Office of Superintendent of Public Instruction (OSPI) ultimately okayed the dispensers. Today, 11 Olympia schools have them.

A 2016 estimate shows that Olympia’s schools equipped with dispensers eliminated a massive 350-400,000 empty cartons from the waste stream, and prevented between 8,000 and 10,000 gallons of milk from being poured out. Multiple other districts report that milk sales have gone up while waste has dropped.

In Oregon the Canby School District introduced steel cows at four elementary schools at the start of the 2018-19 year. According to Director of Nutrition Services Galina Dobson, the combined weekly fluid milk waste before installing steel cows was 280 quarts, equivalent to 1,120 cartons. Afterwards waste had fallen to 191 quarts, equivalent to 766 cartons.

A June 2014 report prepared by Peter Guttchen, then with Thurston County’s Department of Solid Waste (which oversees Olympia), states that Olympia High School reduced their annual waste collection costs by $1,970 by switching to dispensers. That same report estimates that Washington Middle School, also in Olympia, is saving $750 annually on their trash bill. Washington Middle is also estimated to be saving about $12 each month in electrical costs, because they’ve found dispensers to be slightly more efficient than milk coolers.

Clackamas County officials (where Canby is located) estimate that it costs a little over $4,200 to pay for a dispenser, cups, dishwashing racks, and everything else required to serve around 400 elementary school kids. It would take a long time for the Canby district to recoup the cost of their dispensers through milk sales.

Fortunately, in the Pacific Northwest, waste reduction grants can be used to buy milk dispensers. Marion County, which includes the Oregon state capitol Salem, received over $76,000 from the Oregon Department of Environmental Quality.

Confounding issues remain. Bulk milk isn’t available everywhere. If you can’t fill the steel cows, they don’t do much good.

Building design can be another problem. Not every school has a cafeteria, and not every cafeteria can accommodate a steel cow. Even schools that have dispensers often rely on cartons for use outside of the cafeteria.

According to a 2016 report from the state of Vermont, two schools that tested dispensers decided to revert back to milk cartons a) because workers spent time filling cups to guarantee 8 ounces were served, b) because of extra labor cleaning up spills, and c) because the price of bulk milk was 2 cents more expensive per 8 ounces.

Yet, as word of successful milk dispenser pilots has spread, funding opportunities may be growing as well. Linda Mendoza of the Washington State Dairy Council is excited that students have taken to steel cows—and wants to see them become lifelong milk drinkers. She’s secured funds for five to 10 pilots.

At day’s end, bulk milk dispensers have met barriers, but rarely do they seem insurmountable.

Where there’s a will—and increasingly, there seems to be—there’s a way.

This article is excerpted from New Food Economy, a nonprofit newsroom covering the forces shaping how and what we eat. Read the full piece here and read more at newfoodeconomy.org.