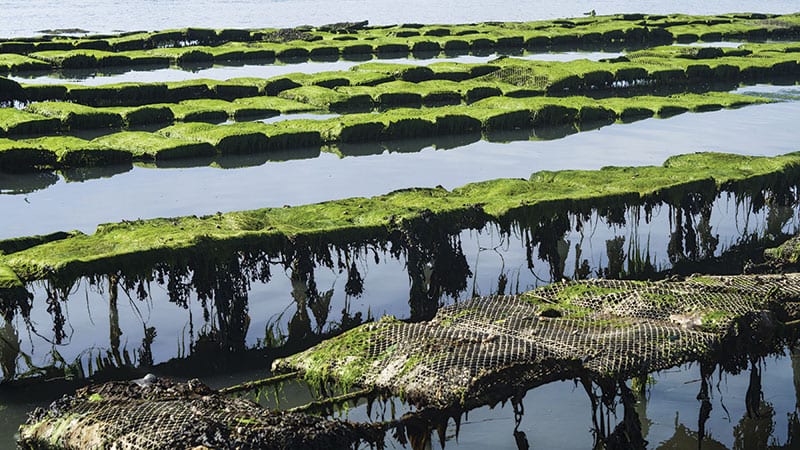 Consider the oyster. A recurring battle over pesticide use in Washington waters shows us some lessons about the unintended consequences of tinkering with ecosystems — and the need for continued vigilance in environmental issues.

The Washington State Legislature considered a bill this year to allow shellfish farmers along the southwest Washington coast to use imidacloprid, a neurotoxic insecticide, to kill off native shrimp interfering with their harvest of non-native oysters.

Neonics also have human health impacts, disrupting neurodevelopment in exposed children, and are implicated in the global collapse of honeybees and other pollinators. The European Union banned almost all use of imidacloprid and two other neonics in 2018. These are potent pesticides.

State and federal agencies had rejected the growers’ permit application to spray imidacloprid on commercial oyster beds in Willapa Bay and Grays Harbor, citing mounting scientific evidence that it “poses too great a risk to Washington’s environment.” Undeterred, advocates of this highly controversial use of imidacloprid turned to the legislature for special permission to bypass the rulings.

This year’s bill, while ultimately unsuccessful, was only the latest attempt by growers to spray imidacloprid on commercial oyster beds in Willapa Bay and Grays Harbor. The skirmish is over for now but the issues remain — and a look at Washington State history brings some missing perspective to the debate.

Willapa Bay and Grays Harbor are large, shallow bays located in Southwest Washington just north of where the Columbia River empties into the Pacific Ocean. When Western settlers first arrived in the 1850s, they found these bays teeming with salmon, huge flocks of waterfowl, enormous sturgeon, and dense shoals of a small, tasty native bivalve — the Olympia oyster.

A few hundred miles south, the California Gold Rush was in full swing and newly flush miners were in the market for luxury. They developed a hankering for Olympias, and “oyster saloons” popped up in mining towns up and down the coast, where dusty miners threw down an early version of the oyster shooter. The recipe? One whole Olympia oyster in a glass of whiskey with ketchup, horseradish and vinegar.

A steady stream of schooners laden with bags of oysters sailed south. In an all-too-common story of over-harvest, Olympia oysters were nearly eradicated by the early 20th century.

Meanwhile, logging operations along the coast caused extensive erosion, filling up coastal estuaries with sediment and making them inhospitable to Olympias, who prefer deeper waters. Plus, pollution from paper mills and other industry was deteriorating water quality, a further blow to the few remaining populations of Olympias. The era of harvesting only native oysters on the Washington coast was over.

In 1928 oystermen looking for alternatives began seeding the bays with the non-native Pacific oyster Crassostrea gigas, using larvae imported from Japan. This larger variety did well on the mudflats. Oysters became a crop to be farmed instead of harvested. Business was good for decades.

In the 1940s a new challenge emerged. Populations of two native species of burrowing shrimp, the ghost shrimp and blue mud shrimp, started to explode. They liked the new habitat humans had created — the shallow bays full of soft, fine sediment were the perfect substrate for the burrows they dug.

But in the process, the native shrimp disturbed the sediment of the bay and commercial oysters sank and suffocated in the liquefied mud. Growers were left with little or nothing to harvest.

Historically, the shrimp populations were controlled by periodic freshwater flooding from the Columbia River. The river’s plume would detour to the north and flow into Willapa and Grays Harbor, killing off the shrimp. But in 1933 the first dam was built on the Columbia River at Rock Island near Wenatchee. Over the next 40 years, 13 more dams would span the river, controlling most of the floodwaters and reducing these periodic freshwater cleanses.

In this greatly altered landscape, the burrowing shrimp flourished. Oyster growers saw them not as native residents of the bay but as pests literally undermining their profits.

This was occurring at the advent of chemical pesticides and fertilizers. Farmers had a new set of tools in their pest-control toolbox and in 1963, in keeping with the times, oyster farmers began using carbaryl, a neurotoxic insecticide, on the mudflats of Willapa Bay and Grays Harbor. When applied at a rate of up to 8 pounds per acre (for comparison, today’s legal rate for most on-land applications is just 1 pound per acre), carbaryl did a great job of killing burrowing shrimp, along with any other invertebrates that got in the way. Carbaryl quickly became the go-to tool for shrimp control in the region.

But not for everyone. Some local oystermen were concerned about the impacts of pesticide use on biodiversity and ecosystem integrity, and feared the overall health of the bays might suffer.

Another way to grow oysters

Just ask Larry Warnberg, who started oyster farming in Willapa Bay in 1983. A former member of the “back to the land” movement, Warnberg set up a system of stakes and lines that raised his oysters up off the bottom, away from the shrimp and the suffocating mud they created.

“I wanted to show there were other ways to grow oysters and that pesticide use wasn’t necessary,” says Warnberg. “Heavy mechanization, cheap labor and reliance on pesticides may be able to produce a lot of shellfish cheaply, but the ecosystem disruption was serious. I wanted to demonstrate that organic methods, while more labor and money intensive, can work in Willapa.”

And it did. His oysters grew — and sold — well and he was able to make a living off the bay. Plus, when left alone long enough, the burrowing shrimp population on his farm seemed to stabilize on its own.

After carbaryl spraying on a neighboring plot drifted over his oyster beds in the 1990s, he teamed up with a coalition of environmental groups and successfully challenged the industrial growers permit to spray insecticide. The Washington State Department of Ecology (DOE) and the growers’ association agreed to phase out carbaryl over the next decade and the hunt for alternatives began.

Imidacloprid to the rescue?

Despite the success some shellfish farmers had growing oysters off the bottom without routine insecticide applications, the research team tasked with finding a replacement determined the “only viable alternative” was another pesticide — imidacloprid. State agencies agreed, at first.

DOE approved the initial permit to apply imidacloprid on 2,000 acres in Willapa Bay and Grays Harbor in 2015. After a consumer outcry and complaints from high-profile chefs in important markets, such as Seattle and Portland, DOE and the shellfish growers canceled this permit.

A few of the farmers tried again two years later with a proposal to spray on just 500 acres, but this plan also was rejected by state and federal agencies due to renewed concerns and new evidence of the ecological impact of imidacloprid.

Among other issues, the decision noted high mortality rates for Dungeness crabs (one study found 137 out of 141 crabs in a test plot either were dead or critically damaged). They also found negative impacts to fish and birds caused by “killing sources of food and disrupting the food web” and increased uncertainty about long-term and cumulative impacts.

That brings us back to 2019 and the proposed legislation that aimed to allow oyster growers to bypass the scientific approval process altogether and spray imidacloprid without a permit. This move drew protests in turn, including a letter from PCC arguing that, while shellfish farming is a complicated environmental topic, “We cannot shun scientific evidence and make myopic decisions for the short-term benefit of one industry.”

Ultimately, none of the bills prevailed, leaving us with the same unanswered questions in Washington state, the country’s top producer of farmed bivalves: How do we balance the needs of commercially-valuable oysters with a native shrimp few people love? How do we measure costs and benefits when we are growing food within a complex ecosystem?

As history has shown, it’s not fair to put all the blame for the problems the shellfish industry is facing in Willapa Bay and Grays Harbor on these little shrimp. They are just a symptom of an ecosystem out of balance.

Rachel Benbrook is a long-time resident and explorer of Washington’s coastal waters. After over a decade working with environmental nonprofits on marine conservation, she now runs a small consulting business specializing in science communication with a focus on sustainable agriculture and environmental challenges. Special thanks also to Laura Hendricks, director of the Coalition to Protect Puget Sound Habitat, for her assistance.

Tiny, metallically sweet Olympia oysters are like a Bloody Mary in shellfish form, carrying a natural flavor of celery salt, according to oyster expert and author Rowan Jacobsen. “I don’t understand why this isn’t the most popular oyster in America,” he once told Eater.com.

While the Olympias were harvested almost to extinction — one study found their grounds reduced to just 1% of historic levels — steady restoration work is helping re-establish them in local waters. For two decades, the Puget Sound Restoration Fund has worked to rebuild their presence. The nonprofit reports that 67 acres of Olympia oyster habitat have been restored throughout Puget Sound, with more efforts underway.

The Olympia also is listed on the Slow Food USA Ark of Taste, which champions “delicious and distinctive foods facing extinction,” and some commercial growers have taken on the project.

They’re sought after for environmental benefits as well as culinary ones. The restoration fund notes that restored habitats are attractive to other marine life, including salmon prey. A pilot project seeding Olympias in Elliott Bay last year was part of a long-term plan to sequester carbon and improve water quality.