In Our Stores: Plant-forward eating

This article was originally published in January 2019 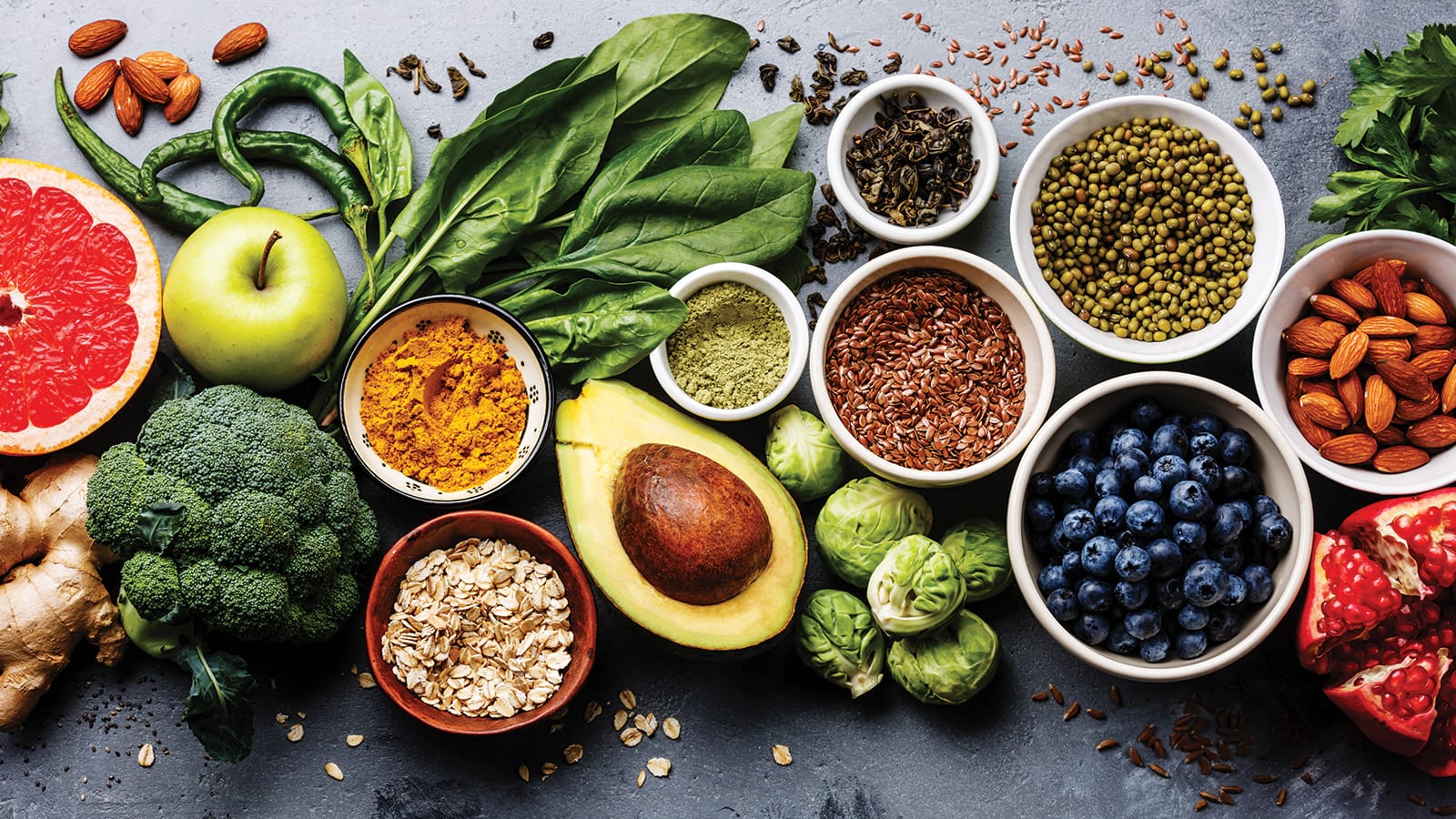 “Eat food. Not too much. Mostly plants.”  – Michael Pollan

These words from Michael Pollan express the values of many who are tilting their dietary choices toward plant-forward eating. A movement toward a more plant-heavy diet is emerging for personal and planetary reasons.

According to recent data, 70 percent of the world’s population is reducing or eliminating meat consumption.1 This trend is led by millennials out of concern for animal welfare, health and environmental goals.

Livestock and the environment

The Intergovernmental Panel on Climate Change (IPCC) 2007 report finds that 13.5 percent of total worldwide greenhouse gas emissions are from agriculture, including livestock production. Enteric fermentation — a digestive process where carbohydrates are broken down by microorganisms into simple molecules for absorption into the bloodstream of an animal — accounts for more than half the methane emitted from agriculture worldwide.

According to the IPCC and the U.S. Environmental Protection Agency (EPA), manure management accounts for about one-sixth of agriculture’s methane emissions. However, all farms are not created equal.

Pastured animals fertilize and increase the amount of precious organic matter in soil, increasing the soil’s ability to sequester carbon, whereas grains destined for livestock can be petroleum intensive and manure from the animals is not so efficiently repurposed. Family-scale organic farms also build and support local communities, which is one reason that PCC sells pasture-raised animal products mostly from local farmers.

The health benefits of choosing a plant-centric diet have been touted in many studies. One study from the Harvard School of Public Health found that every extra daily serving of unprocessed red meat (such as hamburger, steak or pork) increased the risk of dying prematurely by 13 percent.2 Death rates among those who ate the most red meat were higher than among those who ate the least. Better heart health and lower Type 2 diabetes are linked to a more plant-centered diet.

The diet from the World Cancer Research Fund/American Institute for Cancer Research (WCRF/AICR) emphasizes a plant-based diet rich in whole grains, vegetables, fruits and legumes with limited amounts of red or processed meat. People who most closely followed the WCRF/AICR diet had 12 percent lower risk of cancer overall. The diet appeared to be especially protective against prostate and colon cancer.

Across studies, evidence indicates a diet higher in plant-based foods is healthier.

Each meat eater is responsible for 1.5 more tons of greenhouse gases annually than a vegan, according to a study by the University of Chicago.3 But not everyone has the discipline, desire or creativity to be vegan. So, here’s a salute to vegans, a group that was 1 percent in 2014 and now up to 6 percent of the world population as of 2017.4

The U.S. consumer averages 106 pounds of red meat a year, so perhaps starting with small dietary tweaks would be more manageable.

A diet of whole foods — the familiar refrain of fruits, vegetables, nuts and grains — can fill in the gaps left in a meatless diet. Changing to plant foods from meat will increase your fiber, your omega 3s, and your antioxidants. Visit the produce department and bulk section often.

Eating meat can be convenient and habitual. The texture and forms are easy to include in tacos, wraps and sandwiches. Check out the PCC cooler section for alternatives.

Missing those meats? Field Roast offers vegan sausages in a variety of flavors, from Italian to Smoked Apple. Need that bacon? Lightlife has Smart Bacon, a soy product. Breakfast sausages calling your name? Yves has a Veggie Breakfast Pattie. If your kids (or you) still want to grill, Yves and Field Roast have Tofu Dogs and Frankfurters; Hodo has Veggie Burgers and 5 Spice or Curry Nuggets for skewers. You also can find veggie burgers in the freezer section. Want deli meat for sandwiches? Lightlife offers Veggie Salami, and Field Roast also has deli slices. All of these products are non-GMO and most are Non-GMO Project Verified.

A recent addition to meat alternatives is Upton’s Naturals Jackfruit. The jackfruit plant originated in India and grows abundantly in Brazil, the Philippines, Thailand and southeast Asia. Ripened jackfruit is sweet, but the unripe pulp is neutral-tasting and works well in savory dishes. The texture is like pulled meat and can be made into plant-based versions of shredded chicken or pulled pork. Not only is it a meat and soy alternative, but jackfruit is also an efficient food source loaded with fiber, protein and good amounts of vitamin C, vitamin A, magnesium and potassium. Upton’s has choices of flavors, including barbeque. This could become a new favorite when planning meatless meals.

Choosing plant-forward eating can save money, improve health and weight, and support the planet for future generations. You can teach your children to make better choices by modeling for them.

My own evolution to vegetarian took decades from my Southern barbeque upbringing. Fits, starts and baby steps may be necessary as you develop new habits and concoct new menus. Your health — and our planet — are worth it.

Marilyn Walls has a masters in nutrition from Bastyr University and is a PCC nutrition educator, teaching PCC Cooks “Walk, Talk and Taste” classes and many more. She is the author of “Mother’s Secret: A Nutritionist’s View of Family and Alzheimer’s Disease,” available at all PCC stores.

Not all plants are equal

According to the IPCC (2007) and EPA (2011), rice cultivation alone accounts for 22 percent of total global agricultural emissions.

Processing palm fruit for palm oil also produces methane. The World Wildlife Fund says the equivalent of 300 football fields is cleared every hour to make way for oil palm plantations and the waste releases a huge amount of methane gas.

When switching to vegetarian proteins, consider the nutrients B3, B6, B12, choline, iron and zinc that meat offers and find replacements.

Niacin (B3) is essential to the brain and nervous system. While meat and fish are the heavy hitters for B3, look to soy, peanuts, brown rice, whole wheat, mushrooms and potatoes for smaller amounts of niacin. Also, B3 is converted from tryptophan, which can be found in nuts, seeds, oats, chocolate, tofu, cheese and eggs.

B6 (pyridoxine) is busy in protein metabolism, in the central nervous system, and in the production of GABA. Wheat germ, egg yolks, soybeans, banana, avocado and cabbage can add to B6 in the body.

B12 is more difficult to replace since it’s found mainly in animal proteins. For vegetarians, eggs and dairy products offer B12. For vegans, tempeh is an option. The best non-meat sources of choline are egg yolks, beets, spinach and rice. Supplementation can increase B12, known as the “energy vitamin.”

Like iron, zinc is better absorbed from animal foods. Again, dairy and egg yolks are good sources. (Try PCC’s new private label pastured organic eggs, delicious and nutritious!) Oats, whole wheat, Brazil nuts, pumpkin seeds, and ginger root are other good sources. Zinc is especially helpful in the immune system and for healing wounds, and it may speed up recovery after surgery.

Ring in the new year with PCC Cooks