This article was originally published in September 2018 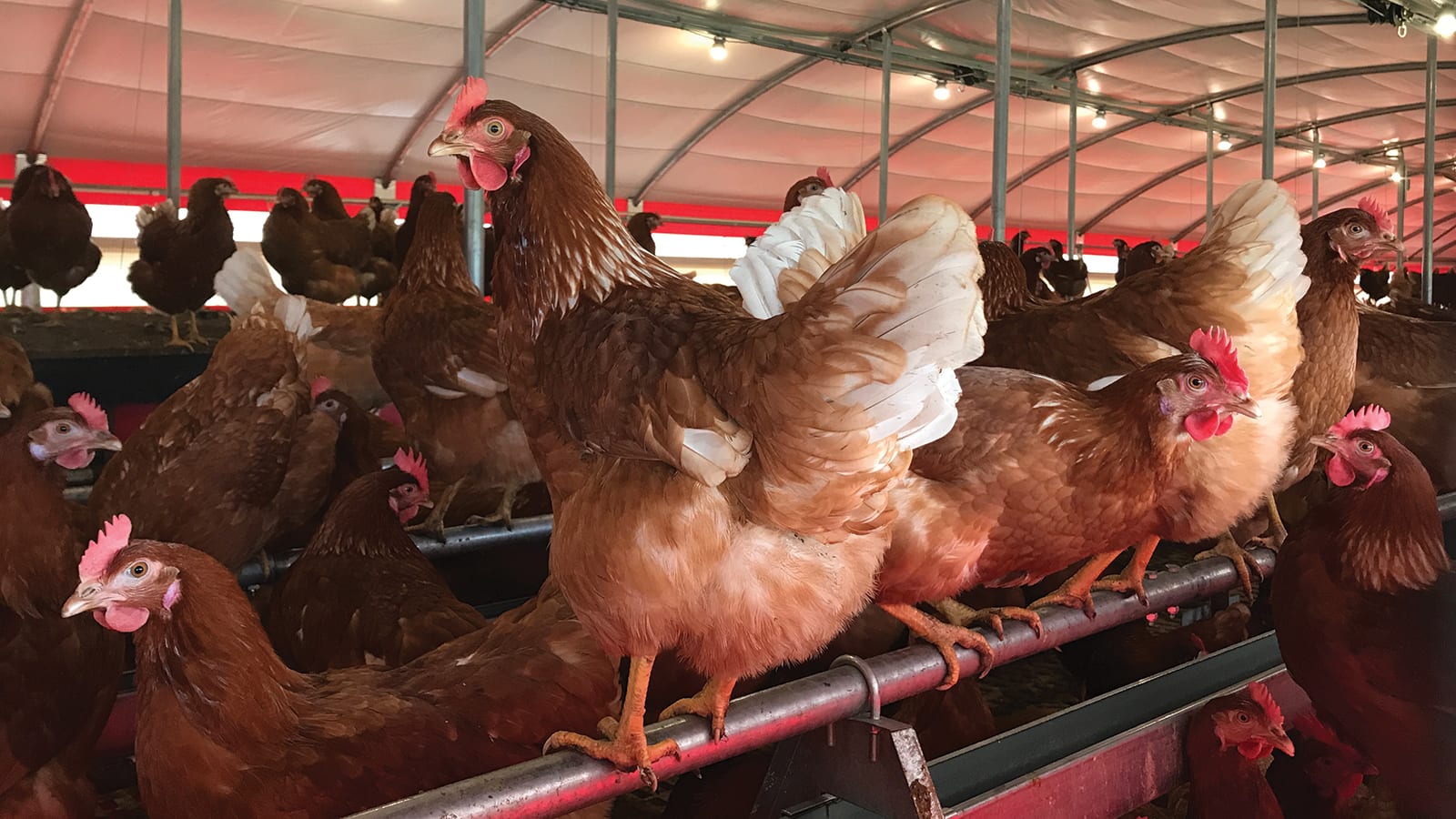 When it’s moving day, the hens all come out and run along their slowly rolling house. Are they excited about being relocated once a week, or is it more about the fresh pasture, which means more tasty bugs and juicy grass to devour?

It might be hard to get inside the mind of a chicken, but the folks at Wilcox Family Farms in Pierce County are pretty sure the Rhode Island Reds in their new mobile hen houses are happier and healthier. Animal welfare is a major goal of the new partnership between PCC and Wilcox, which has led to the pasture-raised PCC private label eggs that will arrive in PCC stores this September.

The farm’s goal, spurred by a challenge from PCC leaders 18 months ago, is to “create the least-stressful, most natural environment for the chickens,” says Andy Wilcox, director of egg operations. This environment is being achieved through a combination of using more farm acreage and housing the hens in innovative mobile barns. 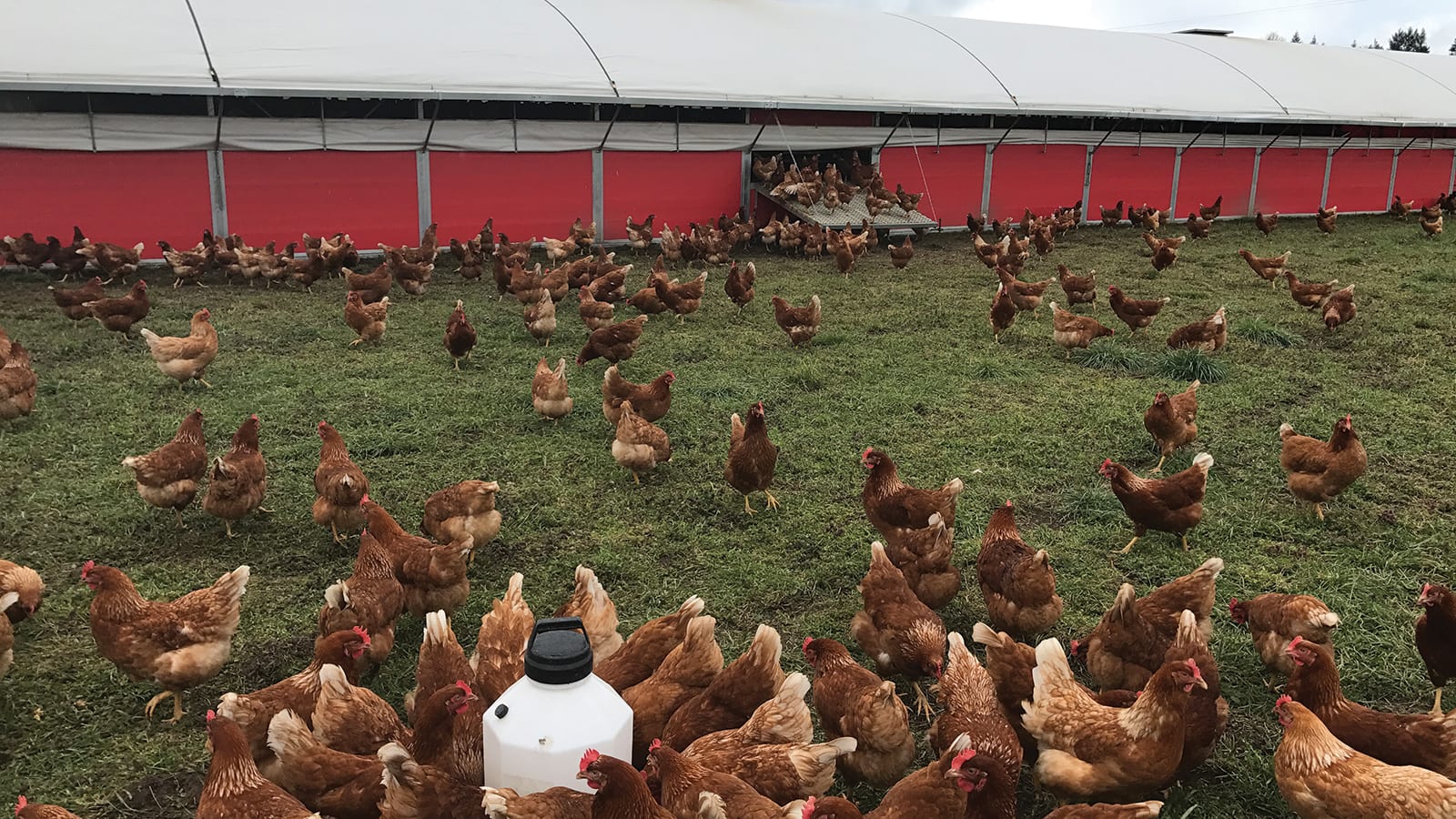 Wilcox Family Farms is blessed with lots of pasture and four generations of family leaders. Today it’s a large operation, but Andy’s great-grandfather started with 100 acres on the edge of the Harts Lake Valley in 1909. Now on 1,700 acres, they raise 400,000 hens and process 200,000 dozen eggs per week.

Previously a caged chicken operation, Wilcox began to change when Andy came onto the leadership team as an adult. The company committed to “go cage-free” in 2005 and then progressed to free-range (see sidebar on page 3 for definitions). Wilcox began its organic transition in 2005 and received organic certification in 2008, the same period when it transitioned to free-range. Andy estimates that they’ve invested $40 million in those changes.

The evolution to pasture-raised “just means more square footage for the birds to roam around,” he says modestly. But it’s a big jump.

Wilcox’s first mobile, on-pasture hen house was set on nine acres with 2,000 hens. That amounts to nearly 216 square feet per bird. As more mobile houses get built, production manager Dale Garner is deploying them to many pastures around the expansive farm, ensuring that each flock will have plenty of space.

“There is no regulated meaning for pasture-raised chickens,” says Scott Owen, PCC senior grocery merchandiser. For dairy cows, the U.S. Department of Agriculture (USDA) organic standards mandate 120 days per year out on grass, but “the pasturing rules for eggs are not baked into the organic standards the way they are for milk.”

Regulations, though, are not the guide. As with many products, PCC sets the bar much higher, to truly humane practices. “This is about trying to meet our ever-increasing standards with the best products we can find to match them,” Owen says.

Shoppers have been able to buy eggs from pasture-raised hens from PCC since 2011, but to date there has been no farm able to ramp up production like Wilcox. Not even close.

“We’re trying to do something with Wilcox that provides us a larger production scale and the animal welfare goals we’re trying to meet,” Owen says. “This is about going to what we think, at least right now, is the best system anyone can achieve.” 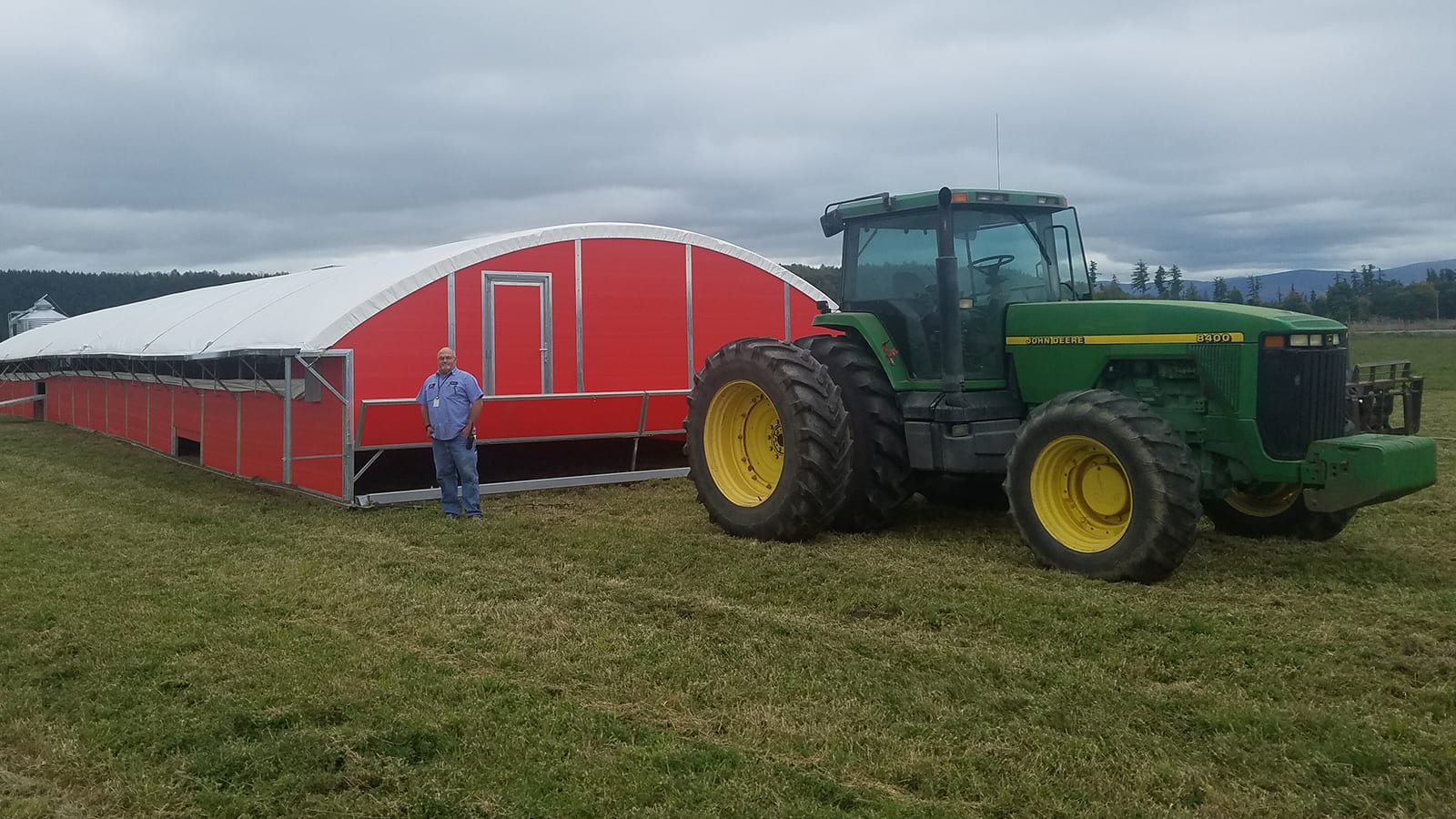 At the heart of the Wilcox system is the movable hen house. Modest compared to the barns used as fixed houses, it’s a hoop-house frame on steel skids, wrapped in rigid red plastic walls and a white insulated roof.

It houses 2,000 hens, one-tenth the population of a Wilcox barn. Large doors with ramps allow scores of hens to enter and exit at once. A galvanized food bin hangs off the back of the house along with a propane gas supply and water connections. Flexible solar panels attached to the curved roof provide most of the power to move food and water to the chickens, run the egg-gathering system, and provide light and heat as necessary.

In their initial search for pasture houses, “we found mostly homemade stuff,” says Kevin Mitchell, Wilcox’s senior production director. But at a Minneapolis trade show, they discovered Potters Poultry, who builds mobile hen houses in England but wasn’t selling them in the U.S. After a European research tour, Wilcox ordered one. The farmers assembled it and “started playing with it.”

“It’s all about learning how to use the barn,” says Andy. “The British people said they’d never seen a setup this close to a processing plant — and with this amount of land,” he adds.

Rotational grazing is key. Moving the house every week allows the chickens to forage and scratch on new ground, and not completely turn the pasture to dirt, as they tend to do outside a fixed house. Hens generally roam only about 100 yards, so the soil outside their door gets heavy use.

Moving the house allows the farmers to keep the pasture alive. This too, is an experimental process. They’re studying pasture management because even the height of the pasture grass is vital.

They first moved the house once every two weeks, but that was not often enough. Now, once a week, a large backhoe hooks onto the front of the house and drags it about a hundred yards.

The chickens are out roaming sunrise to sunset. They hide under mobile shade or go back into the house during inclement weather, which might reduce predation by a growing cadre of resident eagles.

The hens eat bugs and get nutrition and water from the pasture grass. “About 15 percent of their food source is on the land,” Andy says. But that doesn’t reduce the feed costs. “They’re so much more active than other chickens, so they’re consuming about double the calories.”

They see the results, though, in healthier hens. “The birds are less stressed-out, and they have good nutrition,” Andy explains, “and that’s going to make the eggs better.”

The farmers learn as they commit more pasture and build more mobile houses — a fifth generation Wilcox youth was on the barn-raising crew this summer.

“From every aspect we’re seeing, we are achieving what we’re trying to do,” says Andy, “but it’s continual experimentation, continual improvement.”

Bill Thorness is a Seattle-based freelance writer. He is the author of “Cool Season Gardener” and “Edible Heirlooms,” books on growing your own food in our climate.

Certified organic is the only regulated label and it stipulates certified organic feed and land, and mandates access to sunlight, fresh air, and the opportunity to express natural behaviors.

Caged – The industrial “battery cage” confines hens, on average, to a space smaller than a letter-size piece of paper. Birds cannot perform any natural behaviors.

Cage-free or “barn” – Hens are raised on a floor inside a barn, or in a multistory aviary, with space to walk, spread their wings, lay their eggs in nests, and engage in some natural behaviors. Birds do not have outside access.

Free-range – Hens live in a fixed barn and are allowed some form of outside access through “pop-hole” doors. Birds may engage in natural behaviors, such as foraging and roosting. The USDA “free range” label does not require a specific frequency or duration of outdoor access, nor does it determine the amount of outdoor space provided to the birds.

Pastured – Hens are allowed access to vegetated fields or pasture, foraging on natural food sources in a pasture and performing most natural behaviors. They roost in a barn at night.

This September we are happy to celebrate our 65th anniversary as a cooperative grocery market. In honor of this anniversary, September’s Sound Consumer celebrates our producers here in the Pacific Northwest.