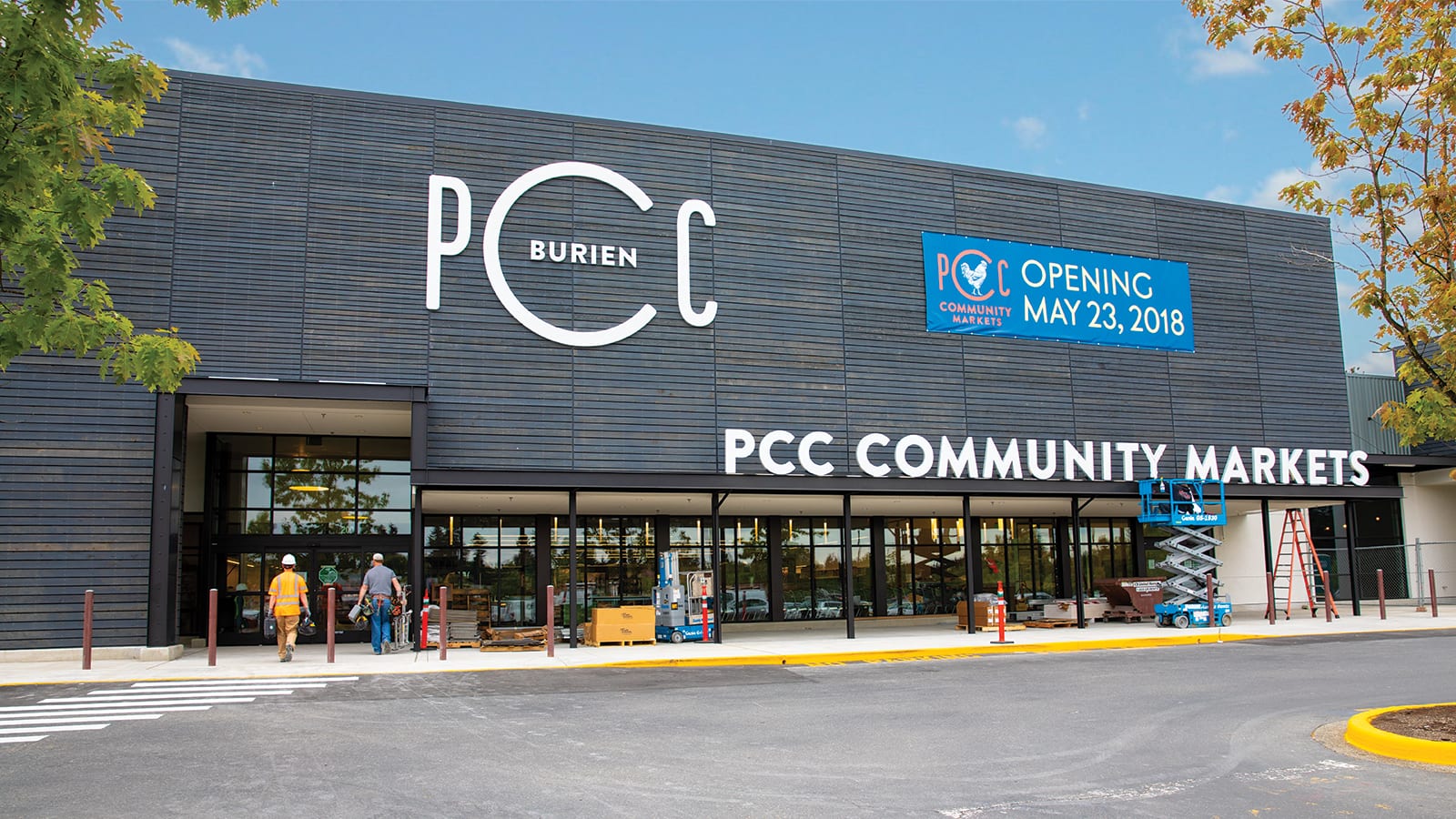 PCC opened its newest store in Burien on May 23, welcoming the first 112 people in line with gifts of fresh organic pineapple, a symbol of hospitality.

We’ll have more on the Burien store’s green building features in the July-August issue of Sound Consumer.

OGC has been PC’s primary organic produce supplier because its produce tastes amazing and because we treasure OGC’s commitment to a values-based supply chain. This essay highlights the organic and sustainable practices in place and profiles some of OGC’s signature farmers.

Most food bank recipients work one or two jobs — and there’s a growing need among students, children and seniors. This report explains how PCC’s food bank program is unique in meeting the challenge. Unlike other grocers, we donate food and time — and the food we provide offers proper nutrition, not empty calories.