Does the proposed TPP trade agreement threaten our food? 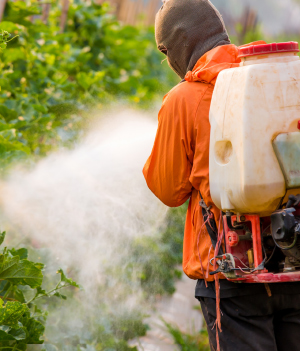 Food, and trade deals involving food, are a topic in the presidential race with some provisions in the proposed Trans-Pacific Partnership (TPP) raising concern among good food advocates. Here’s why.

Trade ministers from 12 Pacific Rim nations, including the United States, met in Auckland this past February for the signing of the TPP trade agreement. The signing was a significant legal step in implementing the deal, yet the TPP will not take effect unless the U.S. Congress approves it.

What’s in the TPP? It includes traditional trade rules, such as a reduction in tariffs, yet many of the TPP chapters address non-trade issues, including food standards.

Many sustainable food organizations have expressed opposition to the TPP, including the Institute for Agriculture and Trade Policy, Food & Water Watch and the Center for Food Safety (CFS). These groups are concerned the TPP tilts the playing field away from sustainable, small-scale farming, fair pay for food workers, safe food, and transparent food labeling. They’re concerned about provisions that would allow challenges to food labeling, undermine food safety, and bar programs that promote locally grown food. These food organizations also raise human rights concerns.

Among the many corporations and corporate associations that support the TPP are Abbott Laboratories, the American Sugar Cane League of the USA, Chevron, DuPont, and the Grocery Manufacturers Association. For a longer list see here.

TPP critics argue the TPP’s provisions on “technical barriers to trade” threaten food labeling systems for genetically engineered (GE) foods. They note that Country of Origin Labeling for meat, and Dolphin Safe tuna labeling, already have been struck down as illegal trade barriers by the World Trade Organization, where rules on technical barriers to trade mirror those in the TPP.

Food safety organizations point to several other sections of the TPP that raise alarm.

According to CFS, the TPP allows importers of food to challenge the food safety decisions of our border inspectors. This would increase pressure on inspectors to admit food into the United States that violates our food safety standards.

TPP critics raise concerns about seafood imports, particularly from Vietnam. The U.S. Food and Drug Administration currently inspects only about 1 percent of all seafood imports for health hazards.

Finally, critics argue that the TPP’s “Equivalence Rule” will create pressure on the United States to treat TPP countries’ food safety standards as equivalent to our own.

The TPP allows foreign corporations to challenge U.S. laws — including food-related laws — in foreign trade tribunals where corporations can demand damages for lost and anticipated profits. Critics argue that these tribunals have no appeal system and are not required to follow U.S. law.

An example involved Mexico’s tax on high-fructose corn syrup, a law designed to reduce obesity. When Cargill challenged the law in a tribunal, it was awarded $77.3 million. Critics believe the TPP will allow similar challenges to U.S. food laws.

Human rights groups argue that a large number of fishing boats from Vietnam and Thailand are “floating sweat shops” crewed by people either forced or deceived into the work. Vietnam already has joined the TPP and Thailand is seeking to join. Human rights advocates argue the TPP contains insufficient provisions to prevent these serious human rights abuses.

During the presidential campaign season, both Donald Trump and Hillary Clinton said they would oppose the TPP. However, President Obama, U.S. Trade Representative Michael Froman, and other supporters are expected to push for a vote during the November lame duck session.

As of this writing, it is unclear whether there are sufficient votes in favor of the deal to pass it.

Selden Prentice is a lawyer and mediator, and an activist with 350Seattle.

PCC Board of Trustees report, November 2016