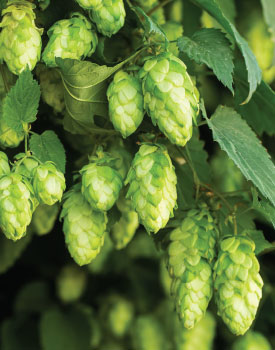 The U.S. Department of Agriculture (USDA) will buy $20 million worth of cheese and give it to food banks to help dairy farmers hurt by a cheese surplus that is at a 30-year high. But Americans eat so much cheese, that’s hardly a drop in the bucket. USDA’s purchase will buy less than 1 percent of the 1.3 billion pounds of cheese — mostly cheddar and mozzarella — currently in storage.

A company has plans to expand salmon farming on Washington’s Juan de Fuca Strait. This raises concerns for the health of millions of wild salmon that swim through the strait en route to their rivers of origin. Icicle Seafoods — recently acquired by Canada’s Cooke Seafood — wants to raise Atlantic salmon in 9.7 acres of salmon net pens, just east of Port Angeles, Washington.

Organic farmers may soon have a new defense against weeds: blasting them with grit! Agricultural researchers are experimenting with grit-blasting machines that weed row crops, such as corn, with gritty leftovers from seed meals, nut shells, fruit pits and corn cob grits.

Hop harvest in the Yakima Valley was expected to reach a record 91.8 million pounds this year. That’s a 16-percent increase over 2015 and can be attributed to the growth of craft breweries and America’s budding taste for hoppy beers. Production of hops has grown 50 percent since 2012. The Yakima Valley grows about 75 percent of U.S. hops.

PCC Board of Trustees report, October 2016

Apply to be a Trustee with PCC Natural Markets, Get to know your trustees, Next Board Meeting, and more

Eating fiber can provide nutrition for our microbiome, which is key in regulating our overall health. Legumes, pulses, whole grains, bulbs (such as onions, garlic, fennel, sunchokes and leeks), fruit, nuts, seeds and dark chocolate are especially good sources of fiber for a healthy gut.