The real cost of food 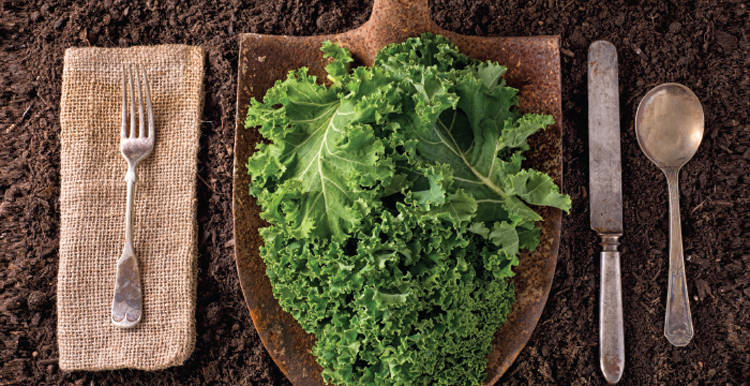 What is the real cost of food? The tangible costs at the checkout stand are obvious, but what about the intangibles? How much more does food cost than what we see on our receipts?

Frances Moore Lappé, author of “Diet for a Small Planet” said, “We’ve actually let market prices lie to us. They don’t register all the hidden costs of our ‘factory farming’ model.”

Consumers do, however, pay for these costs in taxes for social and health programs, farm subsidies for commodity crops, pollution from pesticides and agrochemicals, antibiotic resistance, depletion and contamination of natural resources, and loss of biodiversity.

Some companies — including many brands sold at PCC — are demonstrating that meeting global demands for food, making a profit and doing so sustainably are not mutually exclusive. They’re working to make those hidden costs visible by tallying the costs of their production, then pioneering ways to improve their practices. They’re paving the way toward a more transparent food system.

Adding up the costs

Agriculture, no matter how sustainable, impacts the environment through air and water quality, energy consumption, natural resources, solid and toxic waste, and land use.

The food and agriculture sectors use 70 percent of the world’s available water for irrigating crops, as a drinking source for animals, and producing and transporting food. As many large food-producing countries are reaching their resource limits on renewable water, better protection and management of water resources is critical.

There are even greater stresses placed on the water supply through the use of fertilizers and pesticides, which generate enormous cleanup costs.

Other key environmental impacts of food production include the loss of biodiversity, particularly of pollinating insects from pesticides and monoculture cropping.

An estimated $520 million worth of crop loss is attributed to pesticide use, due to the elimination of natural pest predators.

Maintaining topsoil has obvious benefits. Estimates of the cost of soil erosion in the United States range from $100 million to $44 billion per year. 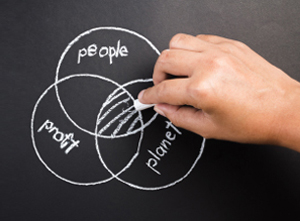 Annual agricultural subsidies in the U.S. for commodity crops, such as corn and soy, are $3.52 billion and $1.56 billion, respectively, while all fruit and vegetable subsidies are only $0.37 billion. Subsidies to commodity crops, which pave the way to cheap processed foods and meat, are linked to weight-related non-communicable diseases, including heart disease and diabetes.

According to the Union of Concerned Scientists, if Americans consumed the U.S. Department of Agriculture recommended levels of fruit and vegetables, it would result in a savings of more than 127,000 lives and $17 billion in health care costs each year, with a total economic savings as high as $11 trillion.

The social costs of food generally receive the least amount of attention. How the food system functions plays an integral role in our lives — on health, well-being, workplaces, culture and communities.

The loss of small family farms and the decline of rural communities leads to social costs that are difficult to quantify. Employment derived from agriculture, skills and knowledge, and cultural issues — such as the importance of farming for identity and tradition — often are not included in cost analyses.

Other social costs are measured more easily. Many U.S. fast food workers more often live in or near poverty. The UC Berkeley Labor Center reports that because of the low wages they receive from their employers, more than half of those receiving public assistance are fast food workers. The programs that these workers utilize — Medicaid, SNAP, etc. — cost taxpayers approximately $7 billion annually.

A 2014 report by the McKinsey Global Institute says that approximately 30 percent of the global population is overweight or obese, with a global economic impact amounting to roughly $2 trillion annually, or 2.8 percent of global GDP. The comparative low price of processed foods versus fresh fruit and vegetables is only contributing to the crisis.

Antibiotics used excessively in agriculture to accelerate animal growth and prevent disease outbreaks in overcrowded conditions are a health threat to people and to the animals. According to Sustainable Food Trust Policy Director Richard Young, “the true cost of antibiotic resistance is approximately $55 billion a year in the United States.”

Pesticides endanger human health through direct exposure, release into the environment and residues on food. A study from Iowa State University claims that the cost to human health from pesticides used in U.S. crop production is approximately $1 billion annually.

There is a way to reduce some of the costs. “Since agriculture is one of the largest non-point polluters, changing to organic practices would reduce water pollution and lead to lower clean-up costs,” says Katherine DiMatteo, executive director of the Sustainable Food Trade Association.

A number of organizations — from The Economics of Ecosystems and Biodiversity and the Sustainable Food Trust to the Global Alliance for the Future of Food — are taking on the challenge of putting a value on the problems and benefits created by different methods of food production.

For instance, True Price is a Dutch social enterprise that quantifies and valuates the economic, environmental and social impacts of groups and companies. In 2013, chocolate brand Tony’s Chocolonely (sold at PCC) worked with True Price to understand where it stood on the sustainability spectrum and identify where it was leaving a negative environmental and social footprint.

Tony’s goal was to become 100-percent sustainable by 2019 through eliminating all negative environmental and social costs in its supply chain. The collaboration with True Price enabled the company to identify how it could improve and make changes, including improvements in healthcare and education and increased pay for farmworkers.

Like many other brands at PCC, Tony’s Chocolonely is a certified B Corp, meaning it has passed an assessment of how it treats its employees, the environment and the community. Any company can claim to be a good corporate citizen, but B Corps can quantify it.

Companies that choose to measure their impact and use benchmarks to improve upon see it as a matter of course. As Ethical Bean Coffee says, “We fundamentally believe in third-party certification of any claims made by companies. All our coffee is fair trade and certified organic. B Corp certification allows us to extend this product certification to our company’s operations.”

Another PCC brand, Alter Eco, says its B Corp status “provides mission insurance.” By inserting B Corp ideology into the legal framework of its business, “it allowed for the continuation of a non-tampered legacy. No matter what happens in the future of our business, these core beliefs are protected and maintained.”

B Corporations at PCC Natural Markets

Consumers’ increasing interest in knowing the source of their food is driving change on a bigger scale. For example, Oxfam International, with the help of consumers, successfully urged the largest chocolate companies (Mars, Nestlé and Mondelez) to make policy changes for gender equality. U.S. companies Lowe’s and Home Depot are moving to remove bee-killing neonicotinoid pesticides from products. By 2020 Unilever has committed to source 100-percent sustainable palm oil. As one of the world’s largest purchasers of palm oil, Unilever has the opportunity to make a huge impact.

“If companies paid the full costs … We would no longer have a world where the ‘good stuff’ is more expensive than the ‘bad stuff’,” Seventh Generation cofounder Jeffrey Hollender wrote in the Harvard Business Review. “Any money that corporations ‘earn’ as additional profit by failing to account for the full true costs of their products and services isn’t theirs in the first place.”

Accounting for the true cost of food could catapult an entirely new culture around our food system for the long term. It can demonstrate that meeting global demands for food, making a profit and doing so sustainably must be intertwined.

“We have to see differently, then measure and count the real costs of producing food,” said Lappé. “We’ve boasted that ours is the world’s most efficient food system, but no business could stay afloat for long while ignoring its real costs. Efficiency and sustainability — the maintenance of Earth’s gifts to us and our health over time — can no longer be seen as contradictory aims. Once we dispel the myth of efficiency hiding costs, we discover that sustainable is synonymous with real efficiency — getting the most of our resources over time.”

Parts of this article originally were published in Food Tank’s “The Real Cost of Food” report.