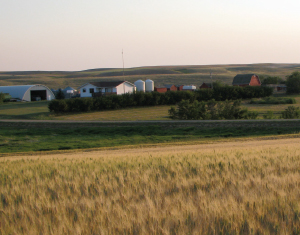 Stand up and take a bow, PCC shoppers! Simply by purchasing Nature’s Path organic cereals and snack foods from PCC in 2015, you collectively kept 2,740 acres in organic production. You prevented the use of 116,544 pounds of synthetic fertilizer and 1,805 pounds of chemical pesticides. That’s one accomplishment worth celebrating!

Here’s another: Nature’s Path has been staying true to organic principles — upholding the highest standards in the industry — for more than 30 years. It has been a loyal advocate for the highest food production standards all along the way.

Nature’s Path’s mission to “always leave the earth better than we found it” guides everything it does — from securing the organic supply chain to supporting a wide range of environmental and social causes.

PCC shoppers especially love to buy the Eco Pacs of cereals, which offer more cereal for your money.

Learn why the Red Delicious apple variety is in decline, the bright future of jobs in agriculture, why oyster farmers are protesting a natural gas pipeline, and more.

The PCC Farmland Trust has conserved seven farm properties in the Puyallup Valley since 2009 and has identified another 300+ acres to preserve in this important agricultural valley.