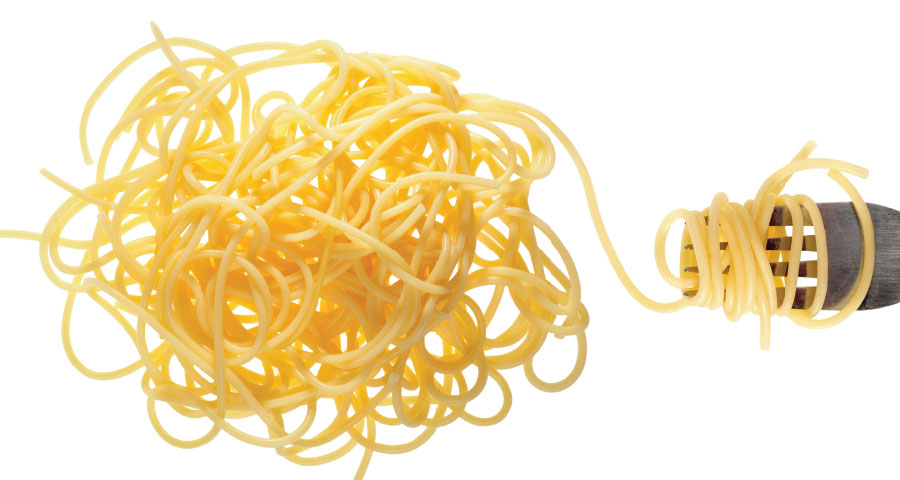 Here’s some news throwing Paleo dieters for a loop: even our pre-agricultural Paleolithic ancestors ate grains — upending the no-grain basis of the diet. Archaeologists say they pounded grains and cooked them. In fact, the ability to cook starchy foods might have fueled the evolution of humans’ large brains.

Carbs continued to be in fashion throughout most of history: grains, tubers and beans nourished humans for thousands of years. From rice in South Asia and corn in the Americas, to potatoes in the Andes, carbohydrates have formed the foundation of almost every diet in human history.

Yet today’s popular diets advocate limiting carbs and grains, claiming that even so-called “health” foods, such as quinoa and oatmeal, actually cause weight gain and pretty much every single chronic disease on the planet.

This carb-phobia can be traced back to the early 1970s when the Atkins Diet promoted very-low-carb consumption as the magic bullet for weight loss. Bacon, butter and cheese were king. A new wave of low-carb diets evolved in the ’90s (Zone, Sugar Busters, South Beach), claiming new and improved low-carb philosophies that also could prevent cancer and heart disease. Gone was the bacon, replaced with skinless chicken breast.

Today’s carb-phobia has gone to the extreme in books such as “Wheat Belly” and “Grain Brain” — on the New York Times best-seller list for months — prohibiting grains and promising better health. Then there’s the modern-day version of the popular Paleo diet, which restricts all grains and beans, arguing their “anti-nutrients” cause nutrient deficiencies, damage digestive systems, and aren’t fit for human consumption.

The consensus in nutrition is that yes, there are bad carbs such as refined flour and sugar that contribute to obesity and disease, but eating the good carbs found in whole grains, vegetables, fruits and legumes is optimal for personal and planetary health.

Plants combine carbon dioxide from air with water to produce glucose and other carbohydrates. When we eat plant foods, their carbohydrates are transferred into our circulation, where we can measure them as blood glucose. This system of carbohydrate metabolism evolved in our bodies long before refined sugars were invented, so the system works best when we eat unprocessed whole foods, such as vegetables, fruits, whole grains and legumes.

The processed sugars and refined flours found in processed foods today cause a much quicker spike in glucose and insulin after eating. This spike leads to fat storage, promotes inflammation — increasing the risk for chronic diseases — and can cause overeating. It’s a predictable cycle.

Today’s popular nutrition books use this “bad carb” cycle to make the gigantic leap that we should limit our intake of all carbohydrates. This is the rationale behind “Grain Brain,” which claims that grains and even fruit cause inflammation and therefore chronic diseases including Alzheimer’s.

This notion is not accepted by the nutrition community. The carbohydrates in whole foods come packaged with fibers that slow the digestion and absorption of the glucose so we don’t have the spike in blood sugar and insulin that causes trouble. 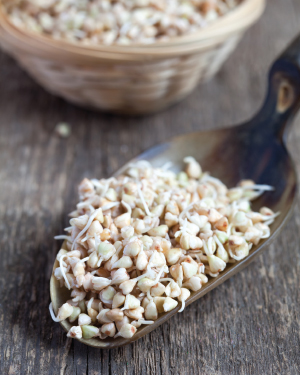 The controversial “anti-nutrients” found in the bran of whole grains such as rice, wheat and quinoa also are fueling more grain-free (and low-carb) diets. Phytic acid, oxalates, tannins and lectins are found in a wide variety of plant foods and are called anti-nutrients because they make it harder for our bodies to absorb or utilize essential nutrients.

Some anti-nutrients are reduced with cooking, while others require soaking, sprouting or fermenting so that enzymes are able to break apart the anti-nutrients. Many grain or bean dishes prepared around the world utilize these techniques prior to cooking, especially for staple ingredients in the diet. Ethiopia’s iconic injera, a spongy bread made from fermented teff flour, and tempeh, a chewy cake made from fermented soybeans, both boost nutrient absorption and minimize the impact of anti-nutrients through fermentation.

The anti-nutrient phytic acid is lower in bread than in wheat flour because the yeast (or sourdough starter) breaks it apart. Breads made from sprouted grains also will have lower levels of anti-nutrients. Sprouted grains cook faster and are more nutritious than before sprouting, so sprouted grain products are a great choice if you’re concerned about anti-nutrients in grains. In addition to sprouted grain breads, you also can find sprouted rice, quinoa, tortillas, tofu and even snack foods (see sidebar).

White rice doesn’t contain the anti-nutrients found in the bran of brown rice and therefore does not benefit from soaking or sprouting. White rice also contains less arsenic than brown rice, so many of today’s concerned eaters are choosing white rice over brown for these reasons. Even some folks in the modern-day Paleo-diet community consider white rice to be an acceptable carbohydrate choice.

It’s impossible to avoid anti-nutrients completely, as they are found in pretty much all plant foods. Surprisingly some of these anti-nutrients actually possess their own health benefits. Phytic acid impairs calcium absorption, but it also functions as an antioxidant, lowers blood glucose and has anti-cancer effects — suggesting the anti-nutrient impact of these compounds is just one piece of a larger puzzle of our understanding of nutrition.

The same diet doesn’t work for everyone. Some people need more carbs in their diets than others, as reflected in the National Institutes of Health (NIH) recommendation that carbs make up between 45 to 65 percent of our daily calories. This broad carbohydrate recommendation is based partly on the assumption that consuming approximately half our calories as carbohydrates will help provide “adequate intake of other nutrients,” according to NIH. Restricting intake of grains, beans, starchy vegetables and fruits makes it difficult to meet the nutrient requirements for fiber, magnesium, potassium, vitamins A and C, and folate.

Grains certainly aren’t essential, so if you don’t want to (or can’t) eat grains, you still can get your good carbs from starchy vegetables: zucchini and spaghetti squash make great “noodles” (find a spiral slicer at PCC) and cauliflower makes great “tabbouleh.” Veggies have higher nutrient levels and lower anti-nutrient levels compared to grains, so they’re a great option for good carbs.

A 2015 Israeli study found that subjects consuming the exact same amount of carbs have different impacts on their blood sugar levels, highlighting the wide variation in our carbohydrate requirement. The study also found that foods that appeared on the “good carb” diet of one person were on the “bad carb” diet of another person, further suggesting that we all have more individualized dietary needs, rather than a one-size-fits-all approach.

The researchers suggested that a better understanding of our microbiome may help predict our post-meal blood sugar response and, ultimately, what carbs are good and bad for each of us.

Bastyr University nutrition professor Amy Frasieur, RD, suggests eaters should “focus on whole foods, including whole grains, legumes, fruits and vegetables, since these foods have many of the highest sources of vitamins, minerals, antioxidants and bioactive compounds found on the planet and they taste fantastic.” Frasieur acknowledges that “each of us is different and we all have slightly different dietary needs,” but when it comes to deciding what to eat, we should “listen to our bodies and tune out all the fad diet information that surrounds us.”

Sprouting grains results in much higher levels of antioxidants, vitamin C, folate and soluble fiber — and lower levels of gluten and anti-nutrients. Sprouted grains also cook faster because they have been “pre-digested” during the sprouting process.

Nick Rose, M.S., is a nutrition educator at PCC. He teaches free Walk, Talk & Taste tours at each PCC.

The PCC Farmland Trust has conserved seven farm properties in the Puyallup Valley since 2009 and has identified another 300+ acres to preserve in this important agricultural valley.

Learn why the Red Delicious apple variety is in decline, the bright future of jobs in agriculture, why oyster farmers are protesting a natural gas pipeline, and more.

Nature's Path has been staying true to organic principles for more than 30 years, making the highest-quality organic cereals and snack foods on the market.