What's in your beer? 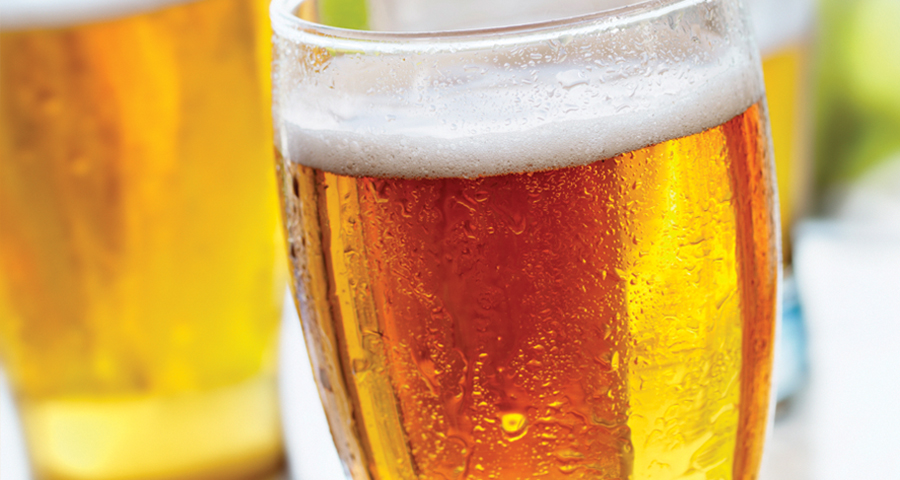 That’s right: Alcoholic beverages are not required by the government to be labeled. They can contain a range of ingredients including high fructose corn syrup (HFCS), artificial flavors and colors, preservatives, thickeners and emulsifiers — but there won’t be a label to tell you.

Alcohol labels are regulated by the Treasury Department’s Alcohol and Tobacco Tax and Trade Bureau (TTB). It requires that only a handful of ingredients, such as sulfites, the color additive carmine, and the artificial color FD&C Yellow No. 5, are declared on alcoholic beverages. The artificial flavor aspartame must be declared on malt beverages (including beer). Distilled spirits must state if they contain artificial colors. There’s no requirement to list other ingredients.

At PCC, we think shoppers want to know their alcohol is free of ingredients that we prohibit in every other department. So we have asked alcohol vendors to sign an affidavit assuring us that their beer, wine and cider meet our strict standards.

“We understand you’re not required by law to disclose ingredients,” wrote PCC’s beer and wine merchandiser, Jeff Cox, in a letter to vendors. “While we would applaud full disclosure, we need to know if your brand contains ingredients that we prohibit in other products.”

PCC isn’t the first to push for more transparency. The Center for Science in the Public Interest (CSPI) first petitioned the government to require the listing of ingredients on alcohol labels in 1972. For more than three decades that followed, CSPI renewed that and related petitions, pursued litigation, successfully advocated for health and sulfite warnings on alcohol containers, and promoted legislation that would mandate ingredient and other labeling of alcoholic beverages.

In 2003 CSPI and a coalition of 70 consumer and health groups petitioned TTB to develop an easy-to-read, standardized Alcohol Facts label, similar to the Nutrition Facts label on packaged foods. TTB responded in 2007 by proposing a “Serving Facts” label that would include calories, fat, carbs and protein — but would not require disclosure of ingredients.

The letter went on to urge TTB to require full disclosure of the ingredients in alcoholic beverages, asserting “that information would enable consumers to understand the composition of the beverages they consume and compare products on the basis of their quality.”

CSPI ran out of funding for its alcohol project several years ago. So far, there has been no change in the government’s policy on alcohol labels, although some companies voluntarily have posted ingredient lists on their websites in response to consumer pressure.

At PCC, our alcoholic beverage vendors have been sending back signed affidavits assuring us they don’t use controversial ingredients. A few have yet to reply, but we’re encouraged!

In his letter to vendors, Jeff Cox said, “The cornerstone of our wine, beer and cider business at PCC is to offer products that deliver quality, character and value well beyond our shoppers’ expectations.” So far, our vendors appear happy to partner in that mission.

Additives in beer, wine and cider

PCC asked our alcohol vendors to disclose if they use any of the following ingredients, prohibited throughout our stores.

Britt's makes pickles and other fermented vegetables the old-fashioned way: in oak barrels. They're available in bulk now at some PCC stores!