This article was originally published in August 2015 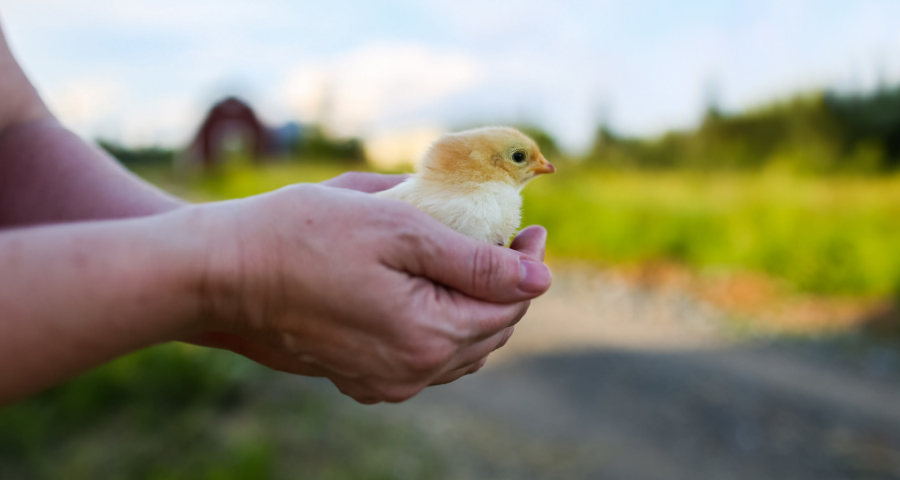 At PCC, we believe the way humans treat farm animals is integral to our own general well-being and the health of our planet.

We believe we have a responsibility to see that livestock are raised humanely, free of pain and fear and psychological stress, and that they’re able to express their natural behaviors.

We believe animals are capable of experiencing happiness and enjoyment of life.

This is the foundation of PCC’s standards for animal welfare.

Many of you have asked over the years about very specific animal welfare issues. Generally, the concern is how livestock are treated — from birth to death.

We understand some consumers believe it’s unethical to consume any animal products and that taking an animal’s life for food cannot be considered “humane.” We also accept that our role as a retailer is to provide an informed choice for omnivorous shoppers.

This article is meant to clarify standards that PCC has had in place for quite some time. We believe they’re among the strongest in the grocery industry.

PCC’s “cage-free” egg standard is relatively rare, considering just 6 percent of the nation’s 350 million egg-laying hens are not in battery cages. Battery cages, on average, give hens just 67 square inches to live — less than an 8 X 11 sheet of paper. Caged hens cannot spread their wings and are denied other natural behaviors, such as nesting, perching and dust bathing.

PCC does not allow eggs from caged hens. In addition, many PCC eggs are free-range, organic and/or pastured.

It’s a troubling reality that most pigs (and some calves) in the United States are confined to crates for most of their lives.

The Humane Society figures 60 to 70 percent of U.S. sows are kept in gestation crates, measuring 6.6 feet long by 2 feet wide, as they cycle through a couple pregnancies each year for three or four years. Before giving birth, sows are moved to farrowing crates, where they at least can lie down to nurse their young. Animal welfare advocate Temple Grandin has compared these crates to living out most of one’s life in a coach airline seat.

PCC does not sell veal but U.S. veal calves still may be raised in crates or stalls their entire lives, indoors. Eight U.S. states have banned veal crates or stalls, but Washington state is not among them.

Seven states also have banned gestation crates for sows. Washington state is not among them.

These crates and stalls are not acceptable at PCC.

Changes in an animal’s routine can be stressful. PCC suppliers employ low-stress methods to guide animals gently and with care during routine handling, such as loading or offloading before and after transport.

This means no electric prods for cattle, except in rare emergency situations when safety is an issue.

No added hormones or antibiotics

When animals on an organic farm fall ill, organic standards require treatment to restore health, but the products cannot be sold as organic; they’re diverted to the non-organic supply stream.

All fresh meat sold at PCC is produced without added hormones and antibiotics.

No animal byproducts in feed

We believe it is inhumane to feed animals such ingredients that are not part of their natural diet. These ingredients pose health risks to the animals (not to mention consumers).

It’s a known fact that offspring of cloned livestock have been sold into the U.S. meat supply for years. Labeling is not required.

Livestock cloning attempts have been responsible for fatal birth defects and the long-term health of cloned animals has not been determined. Widespread use of cloning technology eventually also could result in diminished genetic diversity. The less genetic diversity, the more vulnerable animals become to disease. 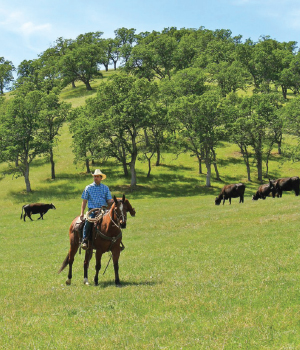 Seeing is believing. There is no substitute for visiting a farm, seeing the operation firsthand and asking questions. Farm visits and inspections are the basis of all valid certifications.

At PCC, our knowledgeable staff makes a point of developing and maintaining personal relationships with our suppliers. Merchandisers last visited Pure Country Pork in Ephrata, Washington, and a SunFed Ranch in the Lassen Foothills, north of Chico, California.

We believe all animals enjoy and deserve plenty of time outdoors. Access outdoors to sunshine and fresh air are common sense elements for animal health and welfare.

We believe the pasture-based model provides the healthiest, most humane environment for farm animals. We, therefore, have made sure all our fresh meat and poultry (and all fresh milk) is from animals with outdoor access, if not open range or pasture.

Certified organic animals must be pastured at least 120 days each year, effectively throughout the growing season. Outside the growing season, conditions may be so wet, muddy or cold, that indoor shelter is the most humane choice for most animals, allowing access outdoors when weather permits. One side benefit for animals: the same land that provides feed and open space for livestock also offers a home for many types of wildlife.

An exception to PCC’s outdoor access standard is “cage-free” eggs from Stiebrs and Wilcox. “Cage-free” means no cages; it does not mean hens have access outdoors.

A history of concern

The GRACE Communications Foundation says Congress received more letters in the 1960s from citizens concerned about animal welfare issues than civil rights and the Vietnam War.

A 2010 Demeter Communications survey found 68 percent of respondents wanted to know what farmers do to ensure animal care.

PCC believes we also owe it to the animals to give them humane, end-of-life conditions.

We understand some people question that any slaughter can be “humane.”

We also understand our role as a retailer is to provide the most humane choices possible.

No slaughter is easy to watch, much less judge. I’ve witnessed several — as a child in rural Ohio and, later, in primitive conditions in foreign countries. Along with other PCC staff, I also have visited and witnessed the slaughter process at processing plants for PCC beef and chicken.

After witnessing “traditional” methods, the more humane methods are obvious. You know the difference when you see it.

Without being graphic, all meat animals for PCC are stunned or rendered unconscious before slaughter.

All meat providers for PCC comply with the standards above. Some providers go above and beyond, honoring additional animal welfare criteria.

Access to real pasture addresses many fundamental animal welfare concerns. While it’s not a requirement, many PCC vendors are committed to pasture-based farm operations, even if they’re not certified organic.

Non-GMO feed also is arguably an animal welfare issue. Farmers report cows will choose non-GMO corn if given a choice, suggesting they sense something our current science cannot discern. Other animals — from squirrels to rats — also reportedly avoid GMO foods, if given a choice.

It’s easy when shopping, seeing neat packages of meat, to forget that a marker of our own humanity is our relationship with animals. It’s part of an ancient contract, says Temple Grandin.

“People feed, shelter and breed cattle and hogs,” writes Grandin, “and in return the animals provide food and clothing. We must never abuse them because that would break the ancient contract. We owe it to the animals to give them decent living conditions.”

PCC will continue to visit longtime partners and seek out new ones that ensure animals a living environment free of pain, fear and psychological stress, where they can express their natural behaviors.

We also will continue to try to educate consumers about the choices in the marketplace. It’s integral to our own well-being and the health of our planet.

The water footprint of food

It takes a gallon of water to grow an almond — but almonds are far from the only food with a hefty water footprint. See how many gallons it takes to produce many favorite foods and beverages.

Drought is bearing fruit for Washington's wineries, while warm temperatures are threatening salmon, tea and shellfish. Learn also about the impact of the bird flu on eggs and what's disgruntling halibut fishermen.