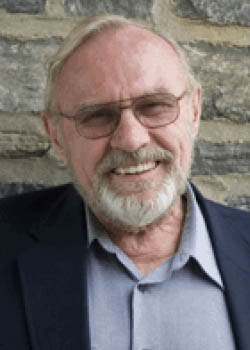 If you enjoy reading about food and sustainability, consider some recommendations from a thought leader in the sustainable food movement, Fred Kirschenmann.

He’s distinguished fellow at the Leopold Center for Sustainable Agriculture and president of Stone Barns Center for Food and Agriculture. He also manages his family’s 1,800-acre certified organic farm in North Dakota and is author of “Cultivating an Ecological Conscience: Essays from a Farmer Philosopher,” which traces the evolution of his ecological and farming philosophy over the past 30 years.

This edited list digs deep: What you’ll find is literature that touches on philosophy, economics, psychology, sociology, ecology and many other disciplines, from modern and historical perspectives.

Ed. note: The titles are Kirschenmann’s recommendations, but we’ve embellished some of the descriptions.

The Third Plate. Dan Barber, 2014. After a decade of research on farming communities throughout the world, Barber concludes America’s food needs a radical transformation to ensure the future of our health, food and land. A cogent argument for farmers’ need to sustain healthy soils and for why we need to learn how to “eat from the whole farm.”

Meat: A Benign Extravagance. Simon Fairlie, 2010. An exploration of the difficult environmental, ethical and health issues surrounding the human consumption of animals.

Food Systems Failure: The Global Food Crisis and the Future of Agriculture. Christopher Rosin, P. Stock, & H. Campbell (ed.), 2012. Argues that food price crises are indicative of wider problems in the global food system. Provides evidence for the urgent need to shift away from business-as-usual to avoid an increasingly dire global food situation.

New Roots for Agriculture. Wes Jackson, 1980. One of the early books questioning the assumptions of industrial agriculture and giving a new vision for the future of food production.

Biomimicry: Innovation Inspired by Nature. Janine Benyus, 2002. Details how science is studying Nature’s best ideas to solve our toughest modern problems. Includes how we heal ourselves, harness energy, repair the environment and feed the world.

The Big Pivot: Radically Practical Strategies for a Hotter, Scarcer and More Open World. Andrew Winston, 2014. Addressed primarily to corporations, this is about the challenges of climate change, scarcity and transparency that threaten an expanding global economy. Winston argues these challenges offer unprecedented opportunities. 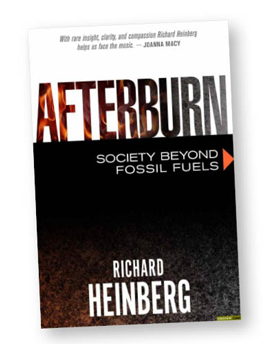 Farmacology: What Innovative Family Farming Can Teach Us About Health and Healing. Daphne Miller, M.D., 2013. Miller goes beyond the simple concept of “food as medicine” and introduces the critical idea that it’s the farm where food is grown that offers the real medicine. By spending time on family farms, Miller uncovers all aspects of farming — from seeds to soil management — that have a direct, powerful impact on health.

Spiritual Foundations for the Renewal of Agriculture. Rudolf Steiner. These 1924 lectures challenge the mechanistic, linear science and agriculture practices that were then becoming the norm. Steiner asserted that to be sustainable a farm must be managed as “an organism”— self-renewing and self-regulating — and that one has to “constantly pay attention to the inner workings of nature.”

Afterburn: Society Beyond Fossil Fuels. Richard Heinberg, 2015. A collection of essays providing a comprehensive assessment of the challenges and opportunities a post-fossil-fuel world will impose. 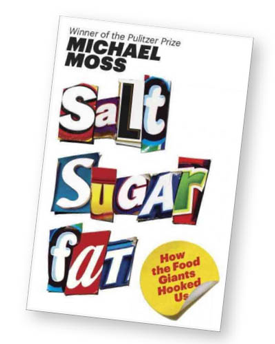 The government is set to release draft standards that would allow farmed fish in the open ocean to be certified organic. You can take action to oppose it.