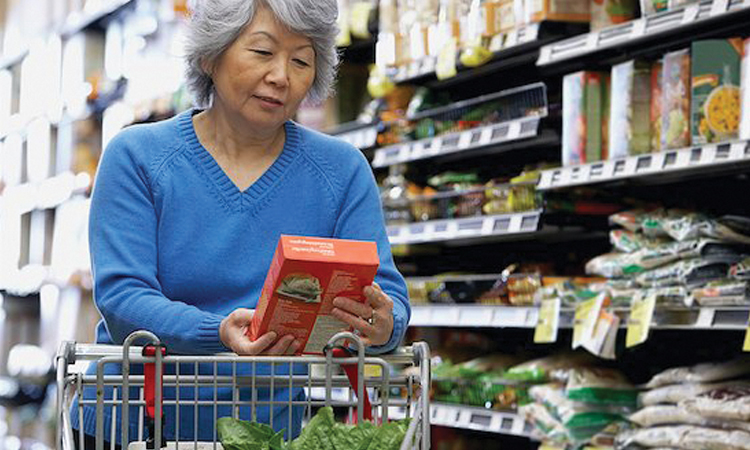 PCC Natural Market’s quality standards have evolved a great deal over the 22 years I’ve been on staff. Certainly, the food landscape has become more complicated and certainly consumer awareness of many concerns has grown. It’s not an easy job to keep up!

The non-organic food industry seems bent on obfuscating what consumers want to know about how it’s producing food, especially as it devises new technologies and additives to reduce costs and increase profits. The Pew Charitable Trusts’ Food Additives Project points out, “Manufacturers regularly use the GRAS (Generally Recognized as Safe) process to declare the vast majority of new additives safe, rather than submitting them for U.S. Food and Drug Administration (FDA) approval.” That puts the onus on PCC to research ingredients and industry practices to offer the best available foods.

Organic animals can’t be raised on sub-therapeutic antibiotics or artificial growth hormones, and practices such as farrowing crates for sows are forbidden. “Outdoor access” is required, although not to the extent many PCC shoppers expect and want. So, PCC’s buyers have sought out farmers supplying truly pastured eggs — organic or not.

We’ve had to go beyond organic to provide more of what you’ve told us you want. We’ve chosen to identify organic grass-fed milk and organic grass-fed beef, even though organic standards don’t distinguish between grass-fed and grain-finished. As a consumer cooperative, PCC exists to serve and be accountable to our member-owners and customers.

We don’t allow so-called “milk replacer” often used to wean non-organic livestock, such as cows or sheep. We’ve worked with Umpqua Valley Lamb, for instance, to ensure our lamb never is raised on “Super Lamb,” a milk replacer made with rendered fats from animals off unknown factory farms.

Our quality standards at PCC prohibit hundreds of ingredients and materials common in non-organic foods. See the list on the PCC website. It’s reviewed at least annually. You’ll notice some ingredients are “under review.” Some are acceptable only for body care, not food, and some aren’t allowed in new items — a strategy to reduce their presence as products are compared during product category reviews.

For instance, PCC no longer allows carrageenan in new organic products, even though carrageenan has been allowed in certified organic foods since the mid-1990s. It’s in many soy and nut milks, some ice creams and numerous vegan “cheese” and “meat” analogs.

Labels may say the carrageenan is “derived from seaweed,” which is true. But we at PCC maintain that just because something comes from a natural source doesn’t mean it is wholesome, healthful or safe. We said exactly that when carrageenan came up for review before the National Organic Standards Board (NOSB) in 2012. The technical reviews provided to NOSB members at the time failed to mention studies showing carrageenan is inflammatory in the gastrointestinal tract of lab mammals. Continuing research suggests cats and dogs eating wet food with carrageenan also consume doses that cause inflammation. So, for our furry friends, PCC sells the carrageenan-free pet food brand Organix. We trust humans can read their own food labels while vendors rethink their recipes.

Our Quality Standards Committee meets biweekly to address product standards. The team includes nutritionists, buyers, public affairs and marketing staff. Often we divvy up research, but the entire committee discusses findings and implications. The diversity of opinions and roles ensures each issue is examined from multiple angles — including practicality, health and sustainability.

After it’s in our stores

It’s problematic to learn the truth about questionable ingredients after they’re already in our stores. Sometimes we post advisories, but we always reach out to vendors when issues arise. Some willingly reformulate. But reformulating takes time and PCC alone isn’t large enough to influence national manufacturers. When vendors say they can’t or don’t intend to meet our standards, we often discontinue the product.

When we learned dairies providing the Smith Brothers’ brand use a class of antibiotics called ionophores to produce non-organic milk, we couldn’t find a “clean” non-organic substitute. Our buyers faced choices.

Grocery merchandiser Scott Owen says, “We knew we wanted all our fresh milk to be produced without antibiotics and to be able to price it competitively. So, in developing a PCC brand, we could have gone with a large industrial organic dairy. Instead, we developed a supply stream largely from Washington farmers, with some from Oregon. It took more than a year but we ended up with a product we’re happy to put our name on. It’s organic and local.”

Another ingredient we’re grappling with is caramel color. We found out from reading a legal petition to FDA about “natural” claims that virtually all caramel colors are artificial, even if labeled “natural caramel color.”

PCC has a long history of not allowing any artificial colors, yet when we learned the truth, caramel color already was in our stores — in all colas, some ginger ales, root beers and other sodas, and a few gravies and broths to make them appear brown. We met with Zevia representatives, who doubted a clear, uncolored cola or cream soda would sell. Now, two years later, Zevia says it’s actively looking to change this ingredient.

The advent of nanoparticles in food and packaging is another conundrum yet to be wrestled to conclusion. As much as 90 percent of food-grade titanium dioxide is a product of nanotechnology. Even the FDA says manufacturers should test nano products for safety because they have novel properties and nanos cannot be presumed safe. Manufacturers don’t label ingredients as nano or not, making it virtually impossible to know when they’re in a food or packaging.

All our seafood — fresh, frozen and canned — is sourced from well-managed fisheries and harvested using environmentally friendly catch methods. But we also choose to sell only seafood that’s safe and healthful for anyone, at any age, to consume. For this reason, we no longer sell Opah (aka Moonfish), swordfish, mackerel or shark because they have high concentrations of mercury. Our buyers also are diligent in sourcing sea vegetables, to ease concerns about radiation post-Fukushima. We reviewed available data and found no solid evidence that Pacific seafood or sea vegetables are cause for worry.

Given questions about the health and safety of genetically engineered foods, we also take steps to make sure our non-organic sweet corn is non-GMO.When we sell non-organic sweet corn (before organic varieties are ready or in short supply) we call a grower’s seed supplier to ask about the seed source and testing protocol, “To what limit of detection are you testing?” In other words, non-GMO claims don’t suffice without testing and verification.

There is one large behemoth in the conversation that PCC is working to address — that fair labor criteria are not part of organic standards and must be an essential part of any truly sustainable food system. We started down this path by selling only fair labor coffee, then added bananas, some fair labor teas, rice and sugar. In 2013, we trimmed our chocolate offering to allow only candy and cocoa from vendors providing assurance that child slave labor is prohibited and that they follow International Labor Organization Fundamental Conventions.

But almost no domestic foods have fair labor verification. Fair labor was included in early drafts for organic standards, but fell off along the way.

Michael Sligh, the first NOSB chair and founding member of the Domestic Fair Trade Association says, “In the beginning, neither USDA nor the majority of the founding board agreed to include the rights and protection of farmers or workers at that time. Our enduring responsibility is to graft this back on to our sturdy organic sapling through the marketplace. We cannot reach the shores of sustainability with environmental stewardship alone — we must include justice.”

It’s a wonder to me still, 22 years later, that PCC doesn’t shy from taking on complicated and often uncomfortable but necessary product issues and consumer concerns. It has become part of our cooperative culture to embrace the challenges as a gatekeeper for food standards. We certainly aren’t perfect; there’s so much more to be done to navigate some thorny problems.

We want you, our valued member/owners and customers, to know we can’t do it without your support in the aisles. Changing a food system that rewards the cheapest and easiest requires conscience, a good dose of courage and financial support. It’s a long-term commitment and we thank you for being a changemaker, too.

PCC Board of Trustees report, April 2015