This article was originally published in February 2015 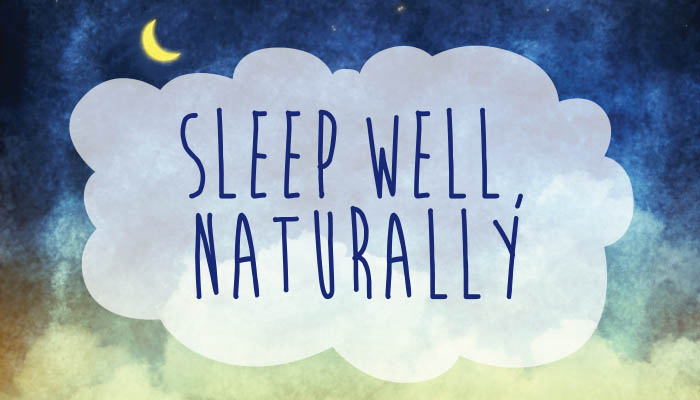 Conventional sleeping pills can cause serious side
effects. With some simple lifestyle changes, good
nutrition and supplements, you can improve
your quantity and quality of sleep.

SUPPLEMENTS FOR SLEEP
PCC carries several brands of each:

“Insufficient sleep is a public health epidemic,” the Centers for Disease Control has declared. And boy is that right! It’s estimated that 50 to 70 million Americans have a sleep or wakefulness disorder. Women tend to have more sleep complaints than men, and the frequency of sleep complaints tends to increase as we age. The most sleep-deprived group is teenagers.

The good news is that with some simple lifestyle changes, good nutrition and supplements, you can improve your quality and quantity of sleep.

Why does sleep matter? Maybe you’ve heard a friend or family member say, “I’d love to … but my sleep has been so bad I’m not sure I can make it.” On the other end of the spectrum, you hear people say, “I get five hours of sleep nightly and I’m just fine,” or the oft-repeated “I’ll sleep when I’m dead.”

The reason sleep matters is that a sleep problem really becomes a 24-hour problem. All kinds of functions affecting physical health are impacted by sleep problems, including hypertension, cardiovascular disease, inflammation and cancer. Mood, cognitive function, social interactions and safety are also affected. Drowsy driving is rampant, with 32 percent of workers driving drowsy in the last month.

Nationally about 3.5 percent of Americans used a prescription sleeping pill each month in 2009 to 2010. That number is up over the previous 10 years, from 2 percent in 1999 to 2000. More than half of those using a sleeping pill are using another sedating medication in addition.

The most commonly used sleeping pills are a) nonbenzodiazepine hypnotics, or “z” drugs, which include Ambien (zolpidem) and Lunesta (eszopiclone) by about 1 percent of the population, and b) the older drug trazodone, used by another 1 percent.

So what’s the problem? First, many patients are taking these medications for years, when they are approved for only short-term use. Second, there are several risks with the “z” drugs — increased risk of falls, cognitive impairment and bizarre sleep behaviors. In 2013 the Food and Drug Administration actually lowered the recommended dose of Ambien and cautioned people taking the extended release form (Ambien CR) not to drive the next day or engage in “activities that require complete mental alertness.” Benzodiazepines (another class of drugs used as hypnotics) even are linked to increased risk of Alzheimer’s disease.

One process to consider when talking sleep is circadian rhythms, or your body clock. Each of us has a rhythm to our melatonin secretion, core body temperature and other hormones, which determine when we’re sleepy and when we’re alert. Those rhythms make us be either a “lark,” happily waking up early, or an “owl,” easily staying up late at night.

Teens’ rhythms tend toward late night, and teens aren’t alone in being night owls — about 10 percent of people diagnosed with chronic insomnia actually have a phase delay in their circadian system, causing them to have difficulty falling asleep early in the night, but no problem when going to bed later. Studies suggest that sleeping when it’s dark and waking when it’s light are good for overall health.

Early in puberty the body clock swings later, making it difficult for teens to fall asleep at the same early hours they did when younger. But they still need more sleep than adults, typically around nine hours nightly. This physiology, combined with early school start times, creates a perfect storm of chronic sleep deprivation, just at a time when teens need all their Zs to learn and focus well in school. For students to get up at 6:30 a.m. for school, most of them would need to be sleeping by 9:30 p.m. to get the rest they need, impossible to do with a late circadian rhythm. The good news is that the body clock swings back in the early 20s, allowing students to get onto an adult, work-world schedule.

Over the last couple of years, thousands of community members have asked public schools to start secondary schools later, to align with teens’ biological clocks. Conclusive research shows students do better with later start times, so much so that the American Academy of Pediatricians has made a formal recommendation that secondary schools start at 8:30 a.m. or later.

A whole-foods diet, vigorous exercise, exposure to natural light, avoidance
of cell phones and computers before bed, and sleep in dark, cool rooms
all can improve sleep.

In naturopathic medicine we like to find and treat the cause of the disorder. There are many possible causes of sleeping problems. Acute insomnia, lasting only a short time, can be caused by a life event or stressor, either a good event such as having a new baby, or a negative event such as losing your job unexpectedly. Long-term insomnia also can be due to chronic stress and the resulting dysfunction of cortisol, the stress hormone.

The inflammation caused by food intolerances can disrupt sleep. Although this isn’t often recognized by conventional sleep medicine, I’ve had patients whose sleep improved dramatically when they identified and eliminated their reactive foods.

Another significant cause is exposure to bright or blue light in the evening. (Computer monitors, cell phones and LED television screens are especially bad.)

If you’re having trouble sleeping and want to avoid pharmaceuticals, there are some herbal and nutritional supplements that can promote sleep. See the sidebar for natural medications you can use in the context of a sleep-healthy lifestyle.

Insufficient sleep is the most common problem. People are now getting 6.7 hours on work nights, as opposed to 7.7 hours in 1968. We first must identify how much sleep we truly do best with. And I mean “do best with” as opposed to “get by on.”

You may have to think back to a time when you were on vacation, or before the kids were born, to determine your best sleep amount. Then plan to get that much sleep every night for two weeks. Notice the effect on your daytime functioning — being mentally sharp, your mood, your ability to interact positively with others.

Rigorous exercise and a healthful, whole-foods diet help allow your body to fall asleep naturally. So can avoiding alcohol and caffeine four to six hours before bedtime. Try not to eat right before bed, but if you’re going to have something, choose hot tea, warm milk, bone broth or honey.

If you are having specific troubles with insomnia, here are some additional skills:

If you find your mind active at night, do this exercise. Two hours before bed, spend 10 minutes writing down the thoughts that arise at night. The goal is to address them and to purge your mind. Then in the night, tell yourself, “I already thought about that, and will have time tomorrow, now’s time to rest.” It will take some practice, but you can establish limits with yourself, that during sleep time you are mentally “off-duty.”

Avoid rushing during the day. I observe many people with sleep problems are busy with work all day, then take care of the family in the evening. They are so busy they have no time to rest or relax before falling into bed, exhausted but sleepless. Taking some time to relax during the day seems to improve sleep at night.

If you wake during the night, don’t look at your alarm clock, which can trigger negative thoughts of your “to-do” list and the fact that you’re awake in the night.

I hope you’re inspired to do what it takes to improve your sleep naturally, whether it’s making some changes in your lifestyle or sleep routines, or adding some natural medicines. Even if you need simply to spend more time sleeping, it will pay off with increased functioning and most importantly in improved quality of life.

Dr. Catherine Darley is the founding director of The Institute of Naturopathic Sleep Medicine in Seattle. Read more tips for good sleep on her blog, naturalsleepmedicine.net/blog. She provides care for people of all ages who are suffering from sleep disorders. She also serves on the Bell Times Analysis Task Force for the Seattle School District.

PCC Board of Trustees report, February 2015

The annual meeting is April 28. Learn about activities leading up to the board election.

The week of February 9 through 13, let’s ask President Obama to make good on his campaign promise to label genetically engineered foods.

New research from UC Berkeley makes a strong case that organic farming can play an important, and growing, role in "feeding the world."