The Assault Against Organics

by Kari Hamerschlag and Stacy Malkan

A version of this article originally was published on fair.org. 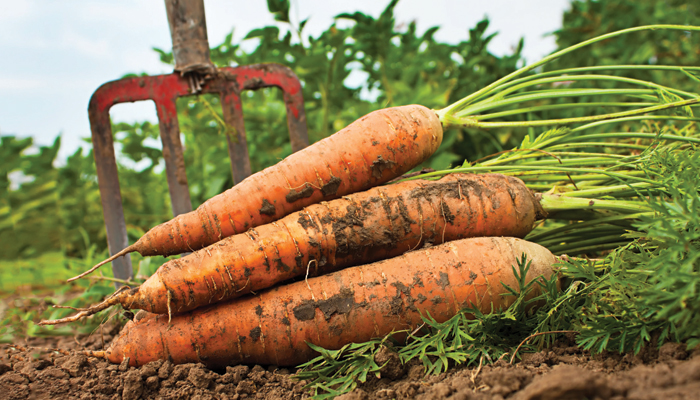 You’d think it would be hard to cast a bad light on moms who feed their kids organic food.

But journalist Naomi Schaefer Riley took the challenge in “The Tyranny of the Organic Mommy Mafia,” (New York Post, April) and built a case against “the arrogance and class snobbery” of people who buy and eat food that’s been grown without artificial chemicals.

“Organic food does not necessarily mean better, Riley wrote. “It’s a term that’s been co-opted and manipulated into a billion-dollar industry by some of the biggest food companies in America.”

The anti-organic food narrative is a recurring theme in the media lately. What’s going on with these stories?

In January the online magazine, Slate, served up “Organic Schmorganic” by Melinda Wenner Moyer — shared 45,000 times on Facebook. The story concluded that it’s not worth feeding your kids organic fruits and vegetables because there’s no documented harm from conventional produce treated with chemicals, especially when the residues are below levels deemed safe by the U.S. Environmental Protection Agency (EPA).

The story assumes EPA exposure levels for pesticides protect health. It ignores ample evidence about the health concerns of long-term exposure and combined effects of pesticides. It also ignores data that pesticides are building up in children’s bodies. (See the online version of this article for references in Environmental Health Perspectives and the International Journal of Andrology.)

In short, Slate’s article was based largely on spin, as pointed out in detailed rebuttals by The Organic Center, Environmental Working Group and Civil Eats.

In The Washington Post, Tamar Haspel took a more balanced approach with “Is Organic Better for Your Health?” In reaching her conclusion, however, that organics are not that much better, Haspel overlooked large-scale literature reviews and meta-analyses about the benefits of organic food. She also ignored many studies on the health risks of pesticides (see research from Environmental Health Perspectives (April 2011) and (April 2012) and the National Research Council). The Washington Post also missed noting the public health concerns from giving antibiotics and growth hormones to livestock. (See the European Union’s Scientific Committee on Veterinary Measures Review, on the potential risks to human health from hormone residues in bovine meat and meat products.)

Haspel fails to recognize that U.S. standards allow for comparatively high drug-residue levels and that the European Union and many other countries reject U.S. meat raised with hormones and growth additives precisely because of animal and human health concerns.

Where do reporters get these ideas? The New York Post article cited a recent report published by Academics Review that harshly attacks the organics industry and its nonprofit allies. The industry is described as using “deceptive marketing practices” designed to instill “false and misleading consumer health and safety perceptions about competing conventional foods.”

The report provides scant evidence, however, to back up its fundamental premise that marketing strategies for organics are deceitful and that eaters have nothing to fear from conventional food, or that there are no appreciable health, nutritional or safety advantages to organic over chemically farmed and genetically engineered (GE) foods.

In fact, in the entire 24-page report, researcher Joanna Schroeder cited only two highly contested meta-studies, including one by Stanford researchers published in the  Annals of Internal Medicine. This misleading study has been discredited by agricultural policy expert Charles Benbrook in a comprehensive rebuttal published by Washington State University, as well as by articles in The New York Times, Huffington Post and Environmental Health Perspectives.

These critiques underscore how the study greatly underestimates the important differences between organic and conventional foods, especially in terms of antibiotic-resistant bacteria and pesticide exposure.

The other study cited by Schroeder, published in the  American Journal of Clinical Nutrition, failed to consider several important studies (e.g., in the journal Journal of Alternative and Complementary Medicine; and from The Organic Center) that suggest dramatically higher nutritional benefits for organic food. The Organic Trade Association’s response to the study points to organic food’s higher levels of minerals, antioxidants, omega-3 fats and other beneficial nutrients.

Importantly, neither of the studies Schroeder cites mentions the question of GE safety, a major focus of the Academics Review article. Despite claims made on the Academics Review website that the science is settled on GE foods, nearly 300 scientists and doctors have < href="http://www.ensser.org/increasing-public-information/no-scientific-consensus-on-gmo-safety/">signed a statement that there is no consensus on the safety of genetic engineering.

Schroeder also doesn’t mention important studies from UC Berkeley and The University of Washington that suggest that people should be concerned about the health risks of pesticide exposure from food. She doesn’t mention the impact of pesticide mixtures or weak EPA regulatory frameworks, and the extreme toxicity of pesticides when combined with “inert” ingredients in products, such as Monsanto’s herbicide Roundup (BioMed Research International.

Most reporters writing on the topic fail to dig under the surface spin of their sources. A closer look at some of these sources suggests that the anti-organic narrative did not arise organically.

Riley’s “organic mommy mafia” narrative in the New York Post starts off with a few examples of moms who are “so crazy” and “worried” about non-organic food that they harass other moms, then quotes her main source, author and conservative activist Julie Gunlock. Gunlock explains that the pressure on parents to use only organic food is an “outgrowth of helicopter parenting. People need to be in control of everything when it comes to their kids — even the way food is grown and treated.”

Gunlock expounded on this theme in a recent panel in New York, which aimed to educate stressed-out moms about how activist organizations, the media and government regulators work together to nurture a “culture of alarmism” where “terrifying headlines about child safety, food and agriculture, chemicals and everyday household products bombard women daily.”

Whose agenda is Riley advancing by espousing Gunlock’s views in the New York Post article? Gunlock is director of the Culture of Alarmism Project at the Independent Women’s Forum, a group that “gets its funding from right-wing foundations and other conservative interests including the Koch Brothers,” explained Karl Grossman, professor of journalism at the State University of New York/College at Old Westbury, in a recent CounterPunch article.

The Koch brothers are the conservative billionaire co-owners of a conglomerate of chemical and oil companies, including Koch Ag & Energy Solutions. They and other chemical/biotechnology companies have a lot to lose from the explosive growth of pesticide-free organic foods.

Academics Review claims to be an independent “association of academic professors, researchers, teachers and credentialed authors … committed to the unsurpassed value of the peer review in establishing sound science.”

However, recent articles on its website and Facebook page paint a picture of an industry-biased, agenda-driven organization focused on discrediting public interest organizations, organic companies, media outlets and scientists who question the safety of genetic engineering and pesticides, or who tout the benefits of an organic diet.

The cofounder of Academics Review is Bruce Chassy, a retired professor of food microbiology at the University of Illinois at Urbana-Champaign. Chassy was among 11 scientists named by the Center for Science in the Public Interest in a complaint to the journal Nature for failing to disclose “close ties to companies that directly profit from the promotion of agriculture biotechnology.”

The letter notes Chassy “has received research grants from major food companies and has conducted seminars for Monsanto, Genencor, Amgen, Connaught Labs and Transgene” — companies with a large financial stake in pesticides and GE technologies designed to boost pesticide sales.

Chassey also is on the advisory board of the American Council on Science and Health (ACSH), a group that bills itself as an independent research and advocacy organization devoted to debunking “junk science.” Carl Winter, one of Slate’s key sources, also is on the ACSH board.

However, as Mother Jones revealed in an exposé based on leaked documents, ACSH’s funders include agribusiness giants Syngenta and Bayer CropScience, as well as oil, food and cosmetics corporations that have a vested interest in getting consumers to stop worrying about the health effects of toxic chemical exposures.

Links to ACSH and other pro-biotechnology organizations, such as the International Food Biotechnology Committee, Center for Environmental Risk Assessment and GMO Pundit, are listed prominently on Academics Review’s “independent” website.

But the relatively small amount of money spent by the organic industry to support mission-aligned nonprofits is nothing compared to the more than $1.3 billion that the agribusiness industry has spent over the last decade in lobbying and on PR front groups or “industry trade groups” to help spin a story about the safety of chemical-intensive and GE foods.

These include the Animal Agriculture Alliance, the U.S. Farmers and Ranchers Alliance, the Biotechnology Industry Association, the Coalition for Safe and Affordable Food and the Alliance for Food and Farming. The latter group alone has spent millions, including a $180,000 grant from the U.S. Department of Agriculture, to convince eaters they have nothing to fear from pesticides in conventional foods — and they’re also a source quoted by the New York Post’s Riley to assure readers of pesticides’ safety.

With the proliferation of industry-associated scientists, websites and opinion pieces attacking organic agriculture and spinning their narratives about the safety of chemical-intensive GE foods, reporters and the public must probe deeper and question the real motives behind these so-called “independent” sources of information.

Kari Hamerschlag is senior program manager of Friends of the Earth/U.S. Food and Technology Program. Stacy Malkan is the founder of communications consulting firm MovetheMarket.org and the author of  “Not Just a Pretty Face: The Ugly Side of the Beauty Industry.”

No antibiotics for organic apples and pears

All PCC organic apples and pears are produced without tetracycline — even though it was allowed by organic standards.

Bhutan could become the first country in the world to go 100-percent organic in its food production, part of the country’s decision to measure and improve Gross National Happiness.

Nut and seed butters provide loads of nutrition and flavor in delicious, creamy (or crunchy!) form. Whether you’re a cashew lover, prefer pecans or pumpkin seeds, or go wild for walnuts, here’s a sampling of what you’ll find at PCC.