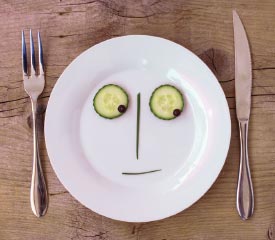 Did the mapping and decoding of DNA set to rest the age-old “Nature versus Nurture” argument? Some might steer us into believing Nature (DNA) rules, but science says otherwise. The emerging field of epigenetics tells us our genes are influenced by diet and environment. It’s vitally important to eat well and avoid toxins.

A gene is a portion (or sequence) of DNA that relays a code to cells. Genetics is the study of heredity — what you inherited from your ancestors, such as hair color and disease proneness.

In an ideal world your DNA manufactures perfect proteins that keep you healthy. In the real world, you may inherit a flawed gene; the protein it makes doesn’t work quite right.
Genetic disease or not?

Sometimes inheriting one faulty gene is of no consequence. Other times, inheriting a mutation, or a few of them, may have catastrophic consequences. Then there is the much more common condition of having numerous mild mutations that are of no apparent consequence.

Many health conditions require multiple gene mutations before they manifest as a disease. Multiple genes, for instance, make you more susceptible or resistant to diabetes and cancer. If you do have these genes, however, epigenetics is teaching us that you can turn those genes on and off by lifestyle choices.

“Nutrigenetics” is the study of food’s role in genetic expression. This science is in its infancy and receives little funding in spite of its profound implications. For instance, Type 2 diabetes (aka “adult diabetes”) has a number of genes associated with it. Studies have shown that the consumption of high-fructose diets induces one of these genes. Likewise, a genetic mutation makes some individuals more susceptible to colon cancer if they turn on that gene by eating large quantities of red meat. In August Diabetes Care published new research showing the effectiveness of the Mediterranean diet on reducing stroke in those with a certain gene associated with Type 2 diabetes.

The diet turns the gene off.Genes also affect vitamin utilization. For instance, enzymes that control folate (a B-vitamin) metabolism may be defective due to gene mutations. If you have this inherited condition, your folic acid function is diminished, which makes you more susceptible to a wide range of conditions such as depression, heart disease and multiple sclerosis. This is because folate has many functions in the body. In the future, dietary recommendations likely will be made based on genetic information. You can be sure certain basic principles will prevail: the healthiest diets include the regular intake of a variety of whole, organic foods.

Another way your genetics influence health is how well your liver removes toxins, including drugs. It is predicted that in the not-so-distant future your dose of a medication, such as an over-the-counter anti-inflammatory, will be determined by your genetics.The person who clears drugs rapidly may require a higher dose than the person with a reduced ability to detoxify. This science is being used primarily to enable pharmaceutical companies to fine-tune their products and avoid lawsuits due to overdoses, but some of it has revealed the role of nutrition in supporting the liver’s detoxification pathways (See “Detoxification for good health,” June 2012: ).

A small percentage of women have an abnormality in their BRCA1 (BReast CAncer gene one) and BRCA2 (BReast CAncer gene two) genes that limit their ability to make proteins to repair damaged DNA. This abnormality is linked to about 10 percent of breast cancer cases, so there are many other reasons for developing breast cancer. There’s evidence that pesticides, some of which mimic estrogen, and other chemicals increase breast cancer risks. The Interagency Breast Cancer and Environmental Research Coordinating Committee recently called for increased funding and research into various chemicals, including pesticides, that contribute to breast cancer.

Researchers at Washington State University affirmed that environmental toxins can alter the activity of genes and that these alterations can be passed through at least four generations after the exposure. Ancestral exposures to environmental compounds, such as the insecticide DDT, may be a factor in high rates of obesity. We are what our great-grandmothers were exposed to.Even genetically identical twins are known to manifest different diseases depending on their lifestyles. Yes, our genetics can make us more vulnerable to environmental toxins, but we have a say in our exposures. Organic foods and environmentally friendly cleaning products make us less vulnerable. We may not be able to change our family tree, but we can choose to eat from an organic tree!