PCC Board of Trustees report, January 2014

This article was originally published in January 2014

There was no board meeting in December. The next regularly scheduled board meeting will be January 28. Member comment period is at 7 p.m. Comments are limited to three minutes unless approved in advance by the chair. 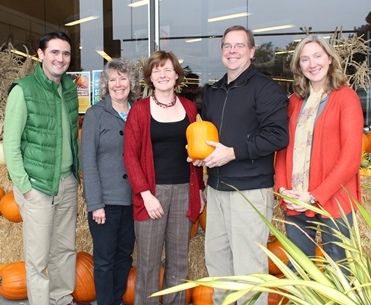 The board also considered applications for the 2014-2015 nominating committee and decided on the following slate:

At the November board meeting, Trudy Bialic, PCC director of public affairs and co-chair of the Yes on 522 steering committee, gave the board a post-election report. She included the final numbers, as well as next steps by groups that are continuing to push for labeling.

On behalf of the board and membership, board chair Maggie Lucas thanked Bialic and board member Stephen Tan. Tan, an environmental attorney, volunteered many hours on research, speaking engagements and writing articles in support of 522.

PCC and ParentMap have partnered to create a new web series, Healthy Kids Cook, that encourages kids to eat a rainbow of fruits and vegetables with fun, helpful videos featuring seasonal recipes you can make with your kids at home.

PCC always features a fruit and vegetable of the month — this month, beets and navel oranges are the stars — and our January video shows you and your little ones how to use beets to make Ladybug Pancakes.

Kids are more likely to eat what they make and become more adventurous about trying new foods when they are part of the process. So pick up some fresh, organic produce at PCC (remember, kids can choose one free serving of a fruit or vegetable every time they visit a PCC store) and take them home to experiment in the kitchen! Learn more »

An extreme form of genetic engineering known as synthetic biology is being used to create novel new food products, from vanilla flavoring to coconut oil to saffron.

How to shop at PCC on a budget

Quality, organic foods may carry a higher price tag than their conventional counterparts, but there's no reason you can't be kind to your body, the environment, and your wallet!