Are there bee-killing pesticides in your garden?

This article was originally published in October 2013 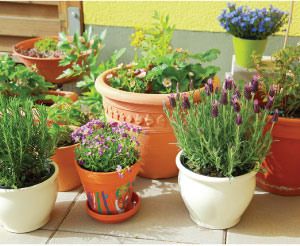 “Bee-friendly” garden plants sold by Home Depot, Lowe’s and other top garden retailers around the country contain neonicotinoid pesticides that can poison bees. Consumers have no way of knowing if the plants they buy have been treated with the toxic pesticides, because the plants aren’t labeled.

That’s according to a first-of-its-kind study by Friends of the Earth and the Pesticide Research Institute. The finding has prompted more than 175,000 people across the country to demand these garden store retailers stop selling plants pre-treated with neonicotinoid pesticides shown to harm and kill bees.

The study was published just as the U.S. Environmental Protection Agency (EPA) revealed new labels that prohibit the use of some neonicotinoids where bees are present. The label says in red letters, “This product can kill bees and other insect pollinators.”

New research shows neonicotinoids aren’t the only pesticides to blame in bee deaths.

A study published in the journal PLOS ONE has identified a cocktail of pesticides and fungicides contaminating pollen that bees collect to feed their hives.

The labels will be used for four of the most widely used neonicotinoids — imidacloprid, dinotefuran, chlothianidin and thiamethoxam. But Friends of the Earth says it’s unclear yet if products containing neonicotinoids sold for home gardens, or plants pre-treated with these pesticides, would be required to carry the label.

EPA’s new labels are “a step in the right direction,” says Lisa Archer, director of the Food and Technology Program at Friends of the Earth. But, she says, they still fall “far short of what is needed to protect bees and other pollinators.” She says it’s essential for home gardening products containing neonicotinoids to be labeled.

A growing body of science worldwide has implicated neonicotinoids as a key factor in recent global bee die-offs. The European Union is suspending the use of three neonicotinoids later this year, after a scientific review by European Food Safety Authority found the pesticides pose an unacceptably high risk to bees. Beekeepers across the United States report losses of 40-90 percent of their bees last winter.

“Our investigation is the first to show that so called ‘bee-friendly’ garden plants contain pesticides that can poison bees, with no warning to gardeners,” says Archer. “Bees are essential to our food system and they are dying at alarming rates. Neonics are a key part of the problem we can start to fix right now in our own backyards.”

Neonicotinoids are the most widely used class of insecticides in the world. They’re used routinely on more than 100 million acres of U.S. corn, wheat, soy and cotton and are in some home gardening products.

“Unfortunately, these pesticides don’t break down quickly — they remain in the plants and the soil and can continue to affect pollinators for months to years after the treatment,” says Timothy Brown, Ph.D., of the Pesticide Research Institute.

The high percentage of contaminated plants and their neonicotinoid concentrations suggest this problem is widespread, and that many home gardens likely have become a source of harm for bees.

“We must take immediate action to address this crisis,” says Archer, adding that stores such as Home Depot and Lowe’s have a moral obligation to refuse to sell neonicotinoids. “In the meantime, gardeners should start their plants from untreated seeds or choose organic plants for their gardens.” A majority of the U.K.’s largest garden retailers already have stopped selling them.

In addition to pressuring retailers, U.S. groups are calling for the government to restrict the use of neonicotinoids. EPA is facing a federal lawsuit seeking limits on the use of the pesticides in the United States.

In July, U.S. Representatives Earl Blumenauer (D-Ore.) and John Conyers (D-Mich.) introduced the “Save America’s Pollinators Act,” which seeks to suspend the use of neonics on bee-attractive plants until EPA reviews all available data.

Rep. Blumenauer introduced the bill after 50,000 bumblebees died in a Target parking lot in Oregon when the neonic pesticide dinotefuran was applied to nearby trees. Also in July, 37 million honeybees were reported dead across a single farm in Ontario from the dust associated with planting neonic-treated corn seeds.

“The weight of accumulated evidence from scientists across Europe and North America shows neonicotinoids harm honey bees, bumble bees and other important pollinators,” says Scott Hoffman Black, executive director of the Xerces Society. “Swift action is needed by all sectors of society to reduce the prevalence of these insecticides in our environment.”

Learn about a juicy new apple variety coming soon, why avocado size is smaller this year, and updates on growing local quinoa and Oregon hazelnuts.