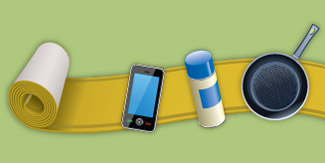 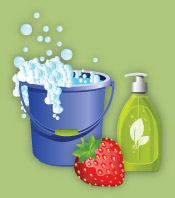 Prevention means avoiding exposure to toxins. This is easier when you consciously choose not just organic food but also the safer body care and housecleaning products from PCC. 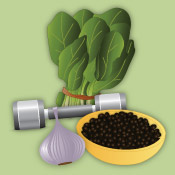 In addition to exercise and other physical activities, detoxification is aided by a mixed organic diet with adequate protein, fiber and an abundance of leafy green vegetables.

“My doctor says detoxification is quackery.”

“Aren’t the levels of toxins too low to cause harm?”

These questions come up with increasing frequency in conversation and the media. The truth is, we live in a toxic world that impacts our health on a daily basis.

Ron first came to me when he was in his late 40s. He was a big guy, six feet tall and 40 pounds overweight. He described his health as being “very good” except for headaches.

He already had consulted a neurologist who found nothing wrong and prescribed a pain pill for the headaches. Ron didn’t like the “mind-numbing” effects of the pain pill but often used over-the-counter medications, such as aspirin and ibuprofen.

It didn’t take long for some careful questioning to reveal the cause of Ron’s symptoms: mold growing in his basement office. The treatment consisted of clearing his sinuses and removing the mold. Case solved. Or was it?

A few years passed and Ron returned to consult me about some new issues. He had started experiencing heart palpitations and a cardiologist discovered Ron also had developed high blood pressure, glucose and cholesterol. These had been normal three years earlier.

The reason I chose to write about Ron in this article about detoxification is that he was eating well and exercising, yet was in some serious trouble health-wise. For no apparent reason he’d become a walking disaster waiting to go downhill quickly. Why?

The missing link — the reason for his decline — was toxins. Testing showed Ron was high in lead, mercury, pesticides and plastics.

The other reason I chose to highlight Ron’s story is that there was nothing obvious about his toxic exposure. He was born in a small town and spent much of his adult life in Seattle where he worked as the director of a nonprofit advocacy group. This was not a life story that would raise a red “toxic exposure” flag. But exposure is only half the equation. The other half is the body’s ability to detoxify.

You can put two people in the same toxin-filled space and see one of them become seriously ill while the other has no notable health problems. The difference is their bodies’ abilities to clear the toxins. This is determined both by genetics and diet.

Over the following six months Ron described himself as feeling “worlds better.” He was excited about his renewed energy and ability to concentrate at work. His blood pressure started dropping within the first few weeks of the detox and kept going down, along with his weight.

He eventually settled in at his high school weight. Note that he was not on a weight-loss program per se, but rather a health-gain program.

Ron’s blood sugar became normal within weeks and he was off his medications for high blood pressure and cholesterol within three months. His palpitations took six months to completely resolve.

Is Ron’s story unusual? Not at all.

Ron is the typical man or woman slowly deteriorating due to the effects of environmental toxins. Lead and mercury disrupt function and have been found to cause palpitations, headaches, high blood pressure and a long list of other nerve-related disorders.

Plastics tend to cause hormonal disruption, resulting in such things as thyroid and fertility problems. Solvents poison energy systems resulting in fatigue. Many pesticides first were used as nerve poisons during World War I and that’s what they’re still doing, to bugs and humans.

It’s clear from the scientific literature that we all are contaminated by a plethora of toxic substances. When blood, hair, urine and breast milk samples are measured, toxic accumulation is found, and not just in New York City, but even in remote locations such as Mongolia and seemingly pristine countries, such as New Zealand. Some of these are natural substances, such as lead, mercury and arsenic, that have been concentrated and released for industrial purposes. Others are manufactured chemicals.

In the 1860s the first synthetic chemical was produced from coal tar. Today we live in a world where more than 85,000 of these unnatural chemicals are in use. Whereas 100 years ago the pollution problem was coal dust, now it’s off-gassing of new carpets, adhesives, solvents, pesticides, food additives, electromagnetic radiation from wireless technology, and plastics in cars, appliances, CDs, packaging and cookware.

is the best way to detoxify your body

The physiology of detoxification

More controversial than the existence and dangers of environmental toxins is the question of what to do about them. There are those who call detoxification quackery. On the other extreme are those hocking questionable detox treatments, such as foot pads, foot soaks, and “detox” diets and supplements.

For those trying to sell potions and gadgets, ask for scientific verification of effectiveness. TV-promoted foot pads have not been tested scientifically. Footbath detoxification gadgets recently were found not only to fail to remove toxic substances, but to increase exposure to contaminating metals.

Detoxification, on the other hand, takes place primarily in the liver, where metabolic pathways identify toxins by attaching chemical markers (phase 1 detoxification). These marked toxins are then neutralized (phase 2) and shunted into the elimination pathways (phase 3). While cleansing/elimination are important parts of the process, they are not the same as detoxification.

Unsupervised fasting and “cleansing” diets can be dangerous because they accelerate the release of toxins stored in fat tissue without supporting liver function. Yes, detoxification by fasting has been practiced by most cultures for thousands of years, but we live in a very different world full of toxins that didn’t exist until the last 150 years.

A mixed organic diet high in vegetables and with adequate protein provides a complex group of amino acids and antioxidants necessary for deactivating toxins. Foods such as onions, garlic and beans provide sulfur, which is essential for liver detoxification.

High sulfur, plus fiber, may be why a World Health Organization study found that populations that eat beans have a lower incidence of cancer. In addition to nutrients, detoxification is aided by exercise, massage, yoga and other physical activities.

Medically supervised detoxification programs start with pre-testing for specific toxins as well as indicators, such as oxidative stress, then prescribing specific blends of amino acids, vitamins, minerals, antioxidants, herbs and other food factors to enhance removal. This should be done under medical supervision to ensure success and avoid releasing but not eliminating toxic chemicals.

Any “detox” program that causes headaches, rashes or other undesirable symptoms should be avoided as it is not removing, only redistributing toxins.

While removing all toxins from your body is probably impossible given the current state of environmental exposure, a one-two punch of prevention and active detoxification can lower your overall toxic load. This strategy can mean the difference between chronic ill health and a reinvigorated life.

Tom Ballard, R.N., N.D., has been practicing and teaching natural medicine since 1982. He is founder and director of Pure Wellness Centers and Pure Weight Loss. His book, “Nutrition-1-2-3: Three proven diet wisdoms for losing weight, gaining energy, and reversing chronic disease,” is on sale at PCC. His services are covered by most insurance plans. Visit PureWellnessCenters.com and find him on Facebook at Pure Wellness Centers.

The federal government recently acknowledged that salmon have a hard time swimming through concrete walls. It's too late for the native sockeye salmon population on the Elwah River — they're extinct — but the dozers are rolling.

To help shoppers make informed food choices in our stores, PCC is developing a database to provide nutrition information for our deli-made foods. It's a large project but we know this is important information that many shoppers want.

It's looking to be a good summer for Northwest tree fruit, so get ready for all your summer favorites: peaches, nectarines, cherries and more! Healthy runs of troll-caught Chinook salmon are expected, as is a bumper harvest of Oregon pink shrimp.