This article was originally published in May 2012 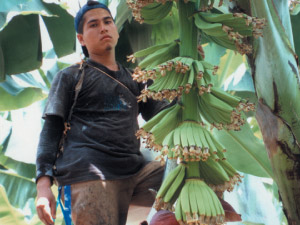 Organic banana pricing is up sharply due to active demand on the world market. The increases may be permanent.

The price of skipjack tuna keeps rising. Whole skipjack are being quoted to Thai canners at double the price a year ago. Growing demand for canned tuna in China and an extended ban on controversial fishing equipment called FADs are blamed for the price increase. In the past, the canned tuna industry has responded to increasing prices by reducing the size of the can, now down to a 5-ounce standard. Skipjack accounts for more than 70 percent of the world’s canned tuna.

The quota for Alaskan sablefish (Black cod) is bumped up 20 percent for the 2012 season to 29 million pounds. This means for the first time in recent history more sablefish than halibut will be caught. Halibut quotas in Alaska were reduced 18 percent to 24 million pounds. The U.S. appetite for buttery sablefish has grown modestly in recent years, but more than 90 percent of the catch still is exported, primarily to Japan.

The supply of fruit tree saplings from Washington is way down, as nurseries are trying to recover from major losses caused by early freezes two years ago. Five nurseries that produce about half the national supply say they lost a fourth of their stock, or 1.9 million trees, at an estimated value of $13.6 million.

Honeycrisp apples cost more to grow than other varieties but fetch higher prices. Honeycrisp require more calcium sprays in the orchard to prevent bitter pit, more thinning, and special storage because they’re chill-sensitive. Still, volume has exploded in Washington because farmers earn double the price for other varieties.

The brands are unfamiliar. The prices look high. What happened to your favorite shampoo? We hear you. Yes, some products are gone. And yes, the new brands are a bit pricey — but well worth it if you value your health.