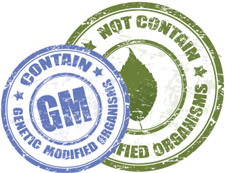 Thank you, everyone, who called, emailed and skipped work to show up in Olympia to support bills that would label genetically engineered (GE) foods in Washington state. Hundreds of committed people like you made GE labeling one of the two most publicly popular bills of the session.

The bills SB 6298 and HB 2637 failed to move out of the Senate and House agriculture committees in late January, but the show of support seemed to surprise lawmakers. There were overflow crowds at the hearings and legislative aides say the number of people commenting was second only to support for same-sex marriage. Democratic aides say every single individual who called or emailed supported labeling. None were opposed.

The volume of support was even more remarkable since people had only six days after the bills were announced to plan to get to Olympia or comment. A number of representatives and senators said they didn’t know the bills even
existed and may sponsor them next time. Advocates are committed to another push next session, or an initiative if necessary.

Opponents argue that labeling GE foods would cause chaos in the food industry and conflict with federal laws governing interstate commerce. They also claim the bills would cost the state millions of dollars.

Wholesale distributors, however, already identify more than 50 product attributes in database systems, including identification of conventional foods, conventional foods that are verified non-GMO, and certified organic foods. Adding the attribute, “Produced through genetic engineering,” is no different than adding any other attribute. Foods labeled “Produced through genetic engineering” would be just one more defining characteristic and would go into a slot the same way organic corn and conventional corn are in different “pick” and storage slots now. It would be easier than maintaining organic status, which already requires keeping specific documents and annual audits.

Washington itself passed a law in 1993 requiring labels identifying the species of salmon being sold as Coho,
Sockeye or King — and its origin, farmed or wild. Another Washington state law from 2010 bars planting of canola in five counties, thereby limiting interstate commerce of canola. That law does not specifically use the words genetic engineering but its purpose was to protect the $20 million/year Brassica seed industry (cabbage, kale, collards, broccoli, cauliflower and Brussels sprouts) from contamination by related GE canola. More than 90 percent of the U.S. canola crop is estimated to be GE.

Alaska passed a law in 2005 requiring labels on GE fish and fish products. No GE fish are approved (yet) for commercial sale, but the Alaska legislature passed that measure unanimously and the Governor signed it to protect the Alaskan fishing industry.

SB 6298 and HB 2637 do not require our state to test foods, conduct surveillance, or enforce compliance, contrary to opponents’ testimony. If the state should choose to pursue any such activities, it would be a policy choice
but not one required by the bills.

Reliable cost figures for labeling were estimated by agricultural economist William Jaeger, Oregon State University
Extension, in a 2002 study. The cost to government for labeling GE foods throughout the United Kingdom at the time (59 million people) was just $230,000 — 0.01 percent of food spending per person.

Meanwhile, many experimental GMO crop trials are, or have been, underway in Washington state, including GMO apples,
barley, beets, corn, safflower, sugar beet, wheat and alfalfa. For a list of trials, see
www.isb.vt.edu/search-release-data.aspx and click the box “Location” for Washington, then “Submit.”

PCC advocates buying organic and not just because of pesticides, antibiotics and hormones. Unlike conventional farmers, organic farmers can't use sewage sludge as fertilizer. It was one of the most hotly contested battles in developing national organic standards. Here's why.