This article was originally published in October 2009 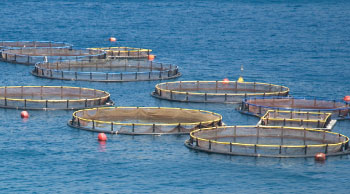 (October 2009) — Beneath sun-dappled waves that lap our shores and connect us to other nations and people are the detritus and pollutants of our modern age. Oceans are 70 percent of our planet, life-sustaining and increasingly at risk.

Yet, there are reasons to celebrate. Many traditional maritime and fishing businesses are embracing environmental stewardship. More than 40 million sockeye salmon returned this summer to rivers of Bristol Bay, reflecting the overall good management of Alaska’s fisheries.

A recent report by 21 scientists, including University of Washington’s Ray Hilborn, concluded that there is hope for rebuilding troubled fisheries. While not all fish populations are recovering, their assessment of 166 fishery stocks showed the rate of exploitation has been reduced in several regions, setting the stage for ecological and economic recovery.

Their report followed one from the International Council for the Exploration of the Sea in Copenhagen, stating most ocean fish stocks are stable.

A Yale University review of 240 studies also found that even the most polluted or damaged ecosystems worldwide can recover if communities commit to restoration. The analysis included freshwater and marine ecosystems and addressed recovery from many human-caused disturbances. It concluded that recovery can be rapid, renewing hope for a transition to sustainable management.

However, fish populations cannot recover if we allow the worst practices of terrestrial factory feedlots to be replicated in our marine environment, where waste, diseases, parasites and invasive species can flush directly into our public waters.

Gary Locke, the Secretary of the Department of Commerce (and Washington’s former governor) recently agreed to allow piecemeal aquaculture expansion beginning in the Gulf of Mexico — a decision that has scientists, conservationists and fishing folks very worried.

Neil Frazer, Professor at the University of Hawaii, after extensive research said, “The main problem with sea-cage farming of finfish is that when practiced on the industrial scale that operators claim to require in order to make a profit, it eventually destroys surrounding wild fish stocks … Nature has an effectively inexhaustible supply of diseases.”

Instead of increasing available protein, rearing carnivorous species is depleting ocean fish populations. One-third of the world’s marine harvest is turned into fish meal and oil for caged animals and fish. It takes three to five pounds of mackerel, sardines or other small fish to produce one pound of farmed salmon. Feeding other species such as black cod and halibut will cause an even greater net loss of protein.

Fish farms may be barely three miles from our beaches if the “National Offshore Aquaculture Act” passes Congress. Secretary of Commerce Gary Locke and Congressional representatives need to hear from citizens concerned about the health of our blue planet and the choices before us.

Anne Mosness is a co-organizer of the Blue Festival, former fisherwoman, and Kellogg Food and Society Policy Fellow.

Fall Member Meeting, Board outreach, Board report, and more

Join us for a delicious, seasonal meal and an interesting keynote address at our Fall Membership Meeting on October 27. Our speaker, Jon Bansen, comes to us from CROPP/Organic Valley, a farmer-owned cooperative that provides milk and dairy products to PCC.