This article was originally published in February 2008 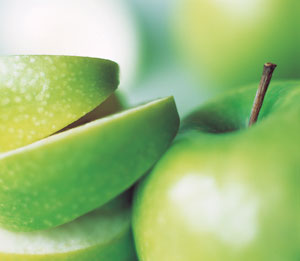 The latest scientific evidence shows that organic food not only is free from toxic pesticide residues, it also is more nutritious than non-organic food.

(February 2008) — Shoppers who buy organic food do so for many reasons, including a belief it’s better for you, wanting to avoid pesticides, and a desire to support better environmental practices.

The latest scientific evidence shows that organic food not only is free from toxic pesticide residues, it also is more nutritious than non-organic food.

Pesticide concerns
Pesticides in food have been an ongoing concern since the 1960s, particularly among parents of young children. Two studies conducted several years ago by the University of Washington compared organic and non-organic diets in children.

The first study showed that children who ate predominantly organic produce and juice had only one-sixth the level of pesticide byproducts in their urine compared with children who ate non-organic foods. The second, more rigorous study confirmed the findings of the earlier study, concluding that an organic diet “… provides a dramatic and immediate protective effect against exposures to organophosphate pesticides.”

While these studies showed that pesticides can be reduced dramatically by consuming organic foods, they didn’t draw any conclusions about the difference this makes on health.

Since those studies, there has been a growing consensus in the scientific community that even small exposures to pesticides and other chemicals can affect people adversely, especially during critical windows of fetal development and in childhood.

One effect of exposure to the widely used pesticide chlorpyrifos (banned in 2000 for home use in the United States but still allowed for fruit and vegetable crops) is that infants with the highest exposure are more likely to display mental and motor skill delays and to develop ADHD and attention problems.

The toxic effects of pesticides are not well understood, or in some cases completely unstudied, so choosing organic foods for that reason alone is a prudent choice.

Higher nutrient values
Organic food also may provide higher levels of nutrients and antioxidants. Last summer, researchers at UC Davis compared levels of flavonoids in tomatoes grown over a 10-year period in organic and non-organic fields. Flavonoids are antioxidants (phytochemicals) that occur in virtually all plant foods and are associated with a range of health benefits.

Levels of the flavonoid quercetin, and its close relative kaempferol were almost twice as high in organic tomatoes in the campus test plot. An earlier study last year showed similar results for antioxidants, vitamin C and minerals in organically grown kiwi compared to non-organic fruit.

When considering organic versus non-organic:

The researchers believe that the higher levels of antioxidants in the organic produce are due in part to the absence of synthetic inputs. The reason is that antioxidants are produced in plants as a defense mechanism that can be triggered by nutrient deficiency, such as a lack of nitrogen in the soil. When non-organic nitrogen — present in synthetic fertilizers — is applied, this over-fertilization can hinder antioxidant production.

Pesticides also discourage plants from making the natural antioxidants that protect them from pests and diseases.

Greener pastures
The largest and most recent study undertaken in England reared cows and grew organic and non-organic produce side-by-side, then compared the two farming techniques over a four-year span.

Overall findings will be published later this year, but early results show that organic potatoes, kiwi and carrots contained as much as 40 percent more antioxidants. Lettuce, spinach and cabbage had higher levels of beneficial minerals, such as iron and zinc.

Even larger differences were found in milk. Organic milk contained 60 to 80 percent more antioxidants and healthy fats in the summer when the cows are eating fresh grass, and 50 to 60 percent more in the winter.

Previous studies have shown significantly higher levels of vitamin E, the antioxidants beta carotene, lutein and zeathanthin, as well as more of the heart-healthy, anti-inflammatory omega 3 fatty acids, especially in the summer months when cows eat more grass and clover.

Yet another recent study by researchers in the Netherlands analyzed the breast milk of 312 lactating mothers consuming organic meat and dairy (from animals raised without synthetic fertilizers and pesticides, veterinary drugs, or genetically modified seeds).

The mothers consuming the greatest percentage of their meat and dairy from organically produced sources had the highest levels of conjugated linoleic acid (CLA) in their breast milk. As consumption of organic meat and dairy fell, the CLA levels fell.

CLA is a polyunsaturated fat found mostly in dairy but also in meat from ruminants. It has been studied for its suggested health benefits, including reduced cancer and heart disease risk. Researchers also are investigating CLA’s potential to boost immunity and reduce symptoms of inflammatory disorders such as allergies and asthma.

A 2007 British study found that children of nursing mothers who consumed organic dairy products and later were weaned on organic milk, cheese and yogurt were about a third less likely to suffer from asthma and eczema in the first 2 years of life. The benefit was significant only for children eating exclusively organic dairy, not for those eating both organic and conventional dairy. Researchers believe the results were due to a higher concentration of CLA in organic dairy.

In the last several decades, the CLA content of non-organic meat and dairy has declined dramatically due to switching animals from pasture (grass diets) to feedlots where the diet is predominately high-energy concentrates such as cereals, corn and sorghum.

In 2006 the Union of Concerned Scientists reviewed several studies comparing pasture-fed and grain-fed diets. It found that grain-fed diets resulted in higher total fat content and lower amounts of healthy omega-3 fats in meat. It also found higher saturated fat and lower omega-3 and CLA content in the milk.

In contrast, the diet of organic cows help explain the superior nutritional benefits of their meat and milk. Under federal regulations, organic dairies must provide access to organic pastureland. Cows convert the poly-unsaturated fats in grasses to CLA.

Unfortunately, the U.S. Department of Agriculture has refused to allow clarification on how much time organic cows must spend on pasture. Therefore it’s important either to know the supplier, or inquire (call or write) to find out how much time their cows spend grazing.

It’s also important to consume whole milk dairy products if you want the most benefit from CLA — it’s concentrated in the fat. For meat, choosing 100 percent grass-fed will ensure the highest level of CLA.

Bigger isn’t better
Just as organic farming has been shown to produce food with higher levels of nutrients, industrial agriculture’s focus on improving crop yields has led to a decline in the nutritional density, or the amount of nutrients per calorie of food.

A 2004 study by the University of Texas investigated the effects of modern agricultural methods on 13 nutrients in 43 garden crops for which USDA nutritional data was available from both 1950 and 1999. These nutrients included protein, calcium, phosphorus, iron, riboflavin and vitamin C.

The researchers found declines in the recently grown crops, ranging from a 6 percent decline in protein to a 38 percent decline for riboflavin, compared to the 1950 data. No increases in nutrients were found, although some were unchanged.

Many other important nutrients such as magnesium, zinc, vitamin E and phytochemicals could not be studied because those data were not reported in 1950.

In a report issued last November by the Organic Center in Oregon, several recent studies were examined. One finding was that as fruits and vegetables grow larger due to higher crop yields, there’s a decline in vitamins, minerals and antioxidants.

Staple crops such as corn, wheat and soybeans had lower protein and oil content. The more a tomato weighed, the less vitamin C, lycopene and beta-carotene it contained.

One British data analysis determined that a person would have to eat three apples in 1991 to obtain the same iron as one in 1940. Analyzing old nutrient content data can be problematic, so more recent studies have grown low and high yield varieties side-by-side under comparable growing conditions.

The nutrient decline occurs in the high-yield crops in part because heavy fertilizer use leads to shallow roots and less micronutrient uptake. This “over nutrition” causes plants to put their energy into making starch and lower quality protein.

Additionally, pesticide use discourages plants from synthesizing antioxidants. Plants spaced too closely together leads to a reduction in the amount of soil nutrients available to each plant. On the other hand, organic fertilizers, such as compost and manure, add more nutrients to the soil and encourage deeper, more robust roots that take up more nutrients.

The growing body of evidence from studies around the world strongly suggests that if you want to increase your intake of minerals, vitamin C and antioxidant phytonutrients while reducing your exposure to pesticide residues, genetically modified ingredients, hormone and antibiotic residues, and artificial additives used in food processing, you should choose organically produced food wherever possible.

Karen Lamphere, MS, CN, is a nutritionist in private practice in Edmonds and a PCC Cooks instructor. She holds a masters degree in nutrition from Bastyr University and can be contacted via her Web site at www.wholefoodsnutrition.com or by calling 425-218-2310.

Taking stock of seed in February

Notes from the Cellar: Heresy

Board meeting report, Talk to the Board, Elections coming, and more