This article was originally published in September 2007

There’s information, with footnoted source citations, on a variety of toxic reactions. 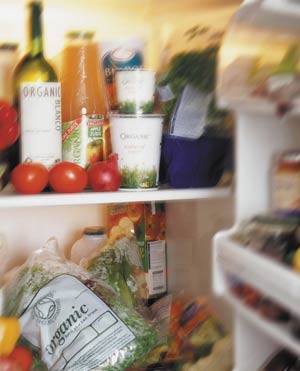 (September 2007) — You may have heard that genetically modified (GM) foods are safe, properly tested and necessary to feed a hungry world. Yet we know none of that is true.

Genetically modified organisms (GMOs) present one of the most dangerous and radical changes in our food ever. These largely unregulated ingredients are in 60 to 70 percent of the mainstream processed foods in the United States. It is well worth the effort to avoid them.

Fortunately, health-conscious retailers such as PCC and a growing number of distributors, manufacturers and growers have endorsed and are participating in the Campaign for Healthier Eating in America.

This campaign is designed to eliminate GMOs from thousands of products. It may even end genetic modification of the U.S. food supply.

An industry-wide rejection of GMOs can be achieved upon reaching a “tipping point,” where a sufficient number of U.S. shoppers avoiding GM ingredients force the major food companies to stop using them.

Europe reached the tipping point in April 1999 and within a single week, virtually all major manufacturers publicly committed to stop using GM ingredients in their European brands. This consumer-led revolt against GMOs in the European Union was generated by a February 1999 media firestorm after the researcher, Dr. Arpad Pusztai, was allowed to share his work and the surprising results with the press.

Dr. Pusztai was the world’s top expert in his field and a senior researcher at the prestigious Rowett Institute in Scotland. He had been working on a U.K. government grant to design long-term testing protocols intended to become part of the official European GM food safety assessment process.

But when Pusztai fed supposedly harmless GM potatoes to rats, they developed potentially pre-cancerous cell growth, smaller brains, livers and testicles, partly atrophied livers, and damaged immune systems. The results clearly indicated the cause of the problem was due to the unpredictable side effects arising from the process of genetic engineering itself.

If the following are not certified organic, they may be genetically modified.

They suggested that the GM foods already on the market also might create such effects. When he expressed his concern, Pusztai was fired from his job of 35 years, silenced with threats of a lawsuit, and the pro-GM establishment embarked on an extensive disinformation campaign to discredit the study’s results and protect the reputation of GM foods.

When an invitation to testify before Parliament finally enabled Pusztai to tell his story, all hell broke loose. An outpouring of news coverage created a consumer rebellion that convinced manufacturers to keep GMOs out of the EU, despite official approvals by the pro-GM European Commission.

Americans are uninformed and misinformed
In the United States, however, the Pusztai story was barely mentioned. The media research group, Project Censored, describes it as one of the 10 most underreported events of the year. Ever since, the U.S. mainstream media consistently has been silent about the health risks of GM foods.

The media failed to cover a preliminary study from the Russian National Academy of Sciences, showing that more than half the offspring of mother rats fed GM soy died within three weeks (compared to 9 percent from mothers fed natural soy).

It neglected to report that the only human GM feeding study ever published showed foreign genes inserted into GM food crops can transfer into the DNA of human gut bacteria, meaning that long after we stop eating GM corn chips, for instance, our intestines might continue to manufacture the “Bt” pesticide the GM corn plants are engineered to produce!

Americans also were not told about the 10,000 sheep that died within five to seven days of grazing on GM cotton plants — also designed to produce the Bt-toxin.

Many consumers in the United States mistakenly believe the U.S. Food and Drug Administration (FDA) approves GM foods through rigorous, in-depth, long-term studies. The truth is that the FDA has no safety testing requirements of GM foods at all. Voluntary research from companies, such as Monsanto, conducted on their own crops, is designed to avoid finding problems.

One reason for the FDA’s industry-friendly policy on GMOs is that the White House (under George Bush I) ordered the agency to promote biotechnology. The person in charge of developing the policy was Monsanto’s former attorney and later its vice president. The FDA claimed it was not aware of any information showing GM crops were different “in any meaningful or uniform way,” and therefore didn’t need testing.

But 44,000 FDA internal documents made public from a lawsuit show that this was a lie. The overwhelming consensus — among the FDA’s own scientists — was that GM foods were quite different and could lead to unpredictable and hard-to-detect allergens, toxins, new diseases and nutritional problems. They had urged their superiors to require long-term studies but were ignored.

Evidence of this apparent fraud at the FDA was presented at a Washington, D.C. press conference in 1999. Although major media were in attendance, they didn’t run that story either.

Americans know so little about this subject that only about one in four even believes they’ve ever eaten GM food. The same companies that carefully avoid GM ingredients for concerned Europeans still sell GMOs to unknowing consumers in the United States.

The campaign
The fact that GMOs flourish in the United States. because of ignorance leaves the biotech industry extremely vulnerable. If some campaign or event were to push this issue above the national radar screen, consumer reaction could force a Euro-style retreat from GMOs.

How many of us would have to reject brands that contain GMOs to reach this tipping point? Even 5 percent of shoppers — 15 million Americans — likely would be more than enough. When marketing executives at top companies see a drop in market share and the emergence of a trend, kicking out GMOs will be a natural reaction.

After all, brands don’t gain anything from using GMOs. Their foods aren’t fresher, tastier or healthier. The two major traits in GM crops are herbicide tolerance, which allows farmers to spray herbicide on the crops without killing them, and pesticide production, where the crops produce an insect-killing toxin in every cell.

How do we inspire enough consumers to avoid GM brands? Do the math. Already 29 percent of Americans are strongly opposed to GM foods and believe they’re unsafe.1 That represents about 87 million people.

But even among the 28 million Americans who regularly buy organic (and therefore non-GMO) food, many do not conscientiously avoid GM ingredients in their non-organic purchases. They usually don’t know how.

By educating health-conscious shoppers about GM food dangers and providing clear choices in the store, brands without GM ingredients will have the advantage. As millions begin to make brand choices based on GMO content, it’s just a matter of time before the food industry responds.

Three steps to success
The non-partisan Campaign for Healthier Eating in America will move the market in three ways.

Consumers can do it
We don’t need to wait for governments to step in. We can make healthier choices for ourselves, our families and our schools now. Together, we can inspire the tipping point for healthier, non-GM eating in America.

Jeffrey M. Smith is director of the Institute for Responsible Technology and author of “Genetic Roulette: The Documented Health Risks of Genetically Engineered Foods” and “Seeds of Deception.” For online shopping guides, go to www.ResponsibleTechnology.org.

Letters to the editor, September 2007