Wake-up call — mergers and acquisitions in the natural foods business

This article was originally published in February 2001 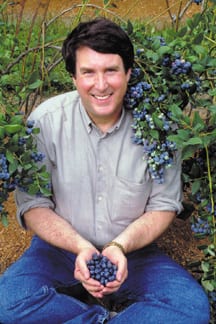 A PCC member called the other day, upset when she learned a favorite frozen fruit wasn’t provided any longer by “a small, local organic company” but now comes to her from a large national brand. She was dismayed by this buyout of a local label and thanked PCC for stocking an alternative brand, a fruit “in transition” to organic certification direct from a local family operation.

She wants to use her food dollars to support locally owned organic farms, especially family farms. She raised concerns about food security. Who’s taking over the labels I’ve come to trust? What does this mean for me as a consumer? Can I trust it?

Kahn laughs, reminiscing about when he first started running Cascadian Farm in the ’70s. He recalls driving an old Volkswagen bus, full of corn on the cob and strawberries, to meet Randy Lee at PCC (today, Lee is PCC’s Chief Financial Officer and Acting Co-CEO).

Kahn says, “When I started selling Cascadian Farm products to PCC in 1972 and drove the VW to Randy, our goal was to commercialize and mainstream organic farming. We envisioned thousands of acres converted to organic production. What’s happening today is a reflection of our success, not our failure!”

The Cascadian Farm label is part of Small Planet Foods, which also owns Muir Glen. Previously, since 1990, Cascadian Farm was owned by Welch’s National Grape Cooperative. “That means,” says Kahn, “for the past ten years, Cascadian Farm and Muir Glen are companies that have been owned by ‘corporate America’.” In ’96, Small Planet was sold, in part, to Roy Disney’s private investment fund. Then General Mills bought it. Kahn says, “During this 10-year period, our commitment to organic has only increased. Our products contain more certified organic ingredients than ever before. Unlike many other companies in our industry, our products have been certified organic since the mid-70s.”

The Small Planet/General Mills marriage is an example of what’s happening across the natural foods business. Natural and organic foods are the fastest growing part of the grocery industry. The big companies want a share of the receipts.

Major food companies are moving into our business — natural and organic foods — not to change it or the nature of the products says Kahn, but simply to participate in the fastest growing sector of the food industry.

“The purchasing companies are reluctant,” he says, “to mess around with the product. General Mills would be loath to change anything about Small Planet that would lead to the loss of our identity, culture or organic emphasis.” Why? “Because it would depreciate the value of its investment. It would be in defiance of the reason they made the investment in the first place. It’s internal protection. Additionally, General Mills supports the organic industry and believes in its future.”

As someone who’s been through the changes, Kahn says the benefits of support from a big company are substantial. “Increased financial flexibility. More money for capital improvements. Better pay and benefits for our staff,” he says. “At the same time, we’re able to improve our farming systems and improve research and development in organic horticulture.”

“With the exception of PCC, all the businesses of the original Seattle Cooperating Community (an alliance of worker and consumer cooperatives) of the 1970s have been privatized. That’s why PCC is still unique. In general, the businesses have been privatized to survive. We need to be able to compete in a very competitive atmosphere that makes mergers and acquisitions inevitable.”

“Back in the ’70’s when the co-op community was operating, we never thought this consolidation would happen. We thought consumers would be intimately concerned about the welfare of workers. We called ourselves wage slaves and believed that consumers would be so inspired, they’d never buy anywhere other than at co-ops. It’s still important to some consumers, but not all.”

“The point is that many leading brands have roots in, or are wholly-owned by, major corporations or major investment organizations. The days when we could compete in the marketplace independently, especially in the natural foods business the dynamics have changed.”

“If you hate big business, you’re going to hate any and all major natural food companies. That includes retailers, distributors and manufacturers. If you have a real anti-business bias, there are no words to console you.”

“But, understand that this is a success story. People here at Cascadian Farm and Small Planet Foods are celebrating. They’re making real-world wages. They used to be volunteers!”

True to the ideals of the ’70s, Kahn and his team are tilling their success back into the soil where the dream took root. “Another thing I’ve been able to do as a result of mainstreaming our products into the market is to convert thousands and thousands of acres into certified organic production.

“I’m still a farmer at heart and Small Planet Foods continues to be a strong supporter of locally-owned organic farms. The vast majority of the organic vegetables and fruits in Cascadian Farm and Muir Glen products are grown by family farmers in Washington, Oregon and California. Our strong partnerships with family farmers is what allows us to provide great organic products to our customers,” says Kahn.

Kahn believes we’ll continue seeing more rapid consolidations of retailers, brokers, distributors and manufacturers. “The idea of challenging that development is futile,” he says. “But we need to make sure that these stakeholders continue to play by the rules and meet the highest levels of integrity in how they approach this unique opportunity in food production.”

“We also need to support small scale farmers wherever we can. Farmers markets, CSAs* and roadside farm sales are all good examples of viable small scale enterprises that need consumer support.”

*CSAs are community supported agricultural programs. Residents or participants pay a farmer in advance for a share of a harvest. Shareholders in turn receive fresh produce throughout the growing season. Dungeness Farm in Sequim and Full Circle Farm in North Bend both have active CSA programs.

Celebrating 30 Years in the Ravenna Neighborhood, Ravenna staff and where they are, A Member Question, and more

Celebrating 30 Years in the Ravenna Neighborhood