11 questions and answers about regenerative agriculture

This article was originally published in September 2021 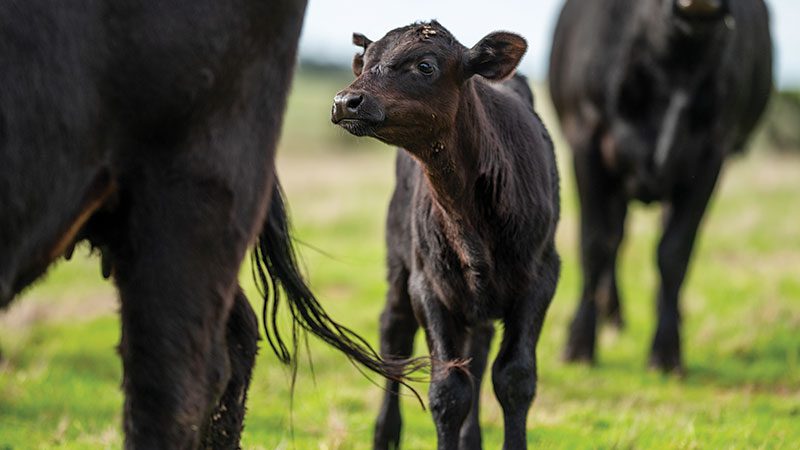 Regenerative agriculture has become an everyday term over the past decade when talking about sustainable agriculture. What does the term really mean, though? What are its origins and why has it become so important? Here’s a basic summary of the big picture:

What is regenerative agriculture?

There is no universal definition of the term, but it’s a way of thinking about the farming ecosystem and a set of practices focused on improving soil health. Regenerative practices include reducing soil disturbance through minimal or no-till farming, planting diverse cover crops instead of leaving fields bare, diversifying crop rotations instead of planting monocrops, fostering biodiversity, and using rotational livestock grazing to fertilize fields with manure and stimulate plant growth. These practices, which aim to mimic natural landscapes, could help move U.S. agriculture away from industrial farming that degrades the land and the environment.

The Rodale Institute, which supports organic farming, claims credit for coining the phrase “regenerative organic agriculture” in the 1980s. Organic farming—in its traditional definition—is focused on soil health and does share many practices with those of regenerative agriculture, including planting cover crops, fostering soil fertility and enhancing biodiversity. But organic and regenerative are not necessarily the same thing. For one, the term “certified organic” can be defined under federal law, but the details of regenerative farming can be defined different ways by different people. And while U.S. Department of Agriculture (USDA) organic requirements do include many regenerative practices, they also permit soilless hydroponic production and confined animal operations, which many in the regenerative movement reject. Also, notably, banning synthetic pesticides and fertilizers is a cornerstone of certified organic farming, but there is not currently a consensus in the regenerative movement on whether regenerative farmers should eliminate their use. 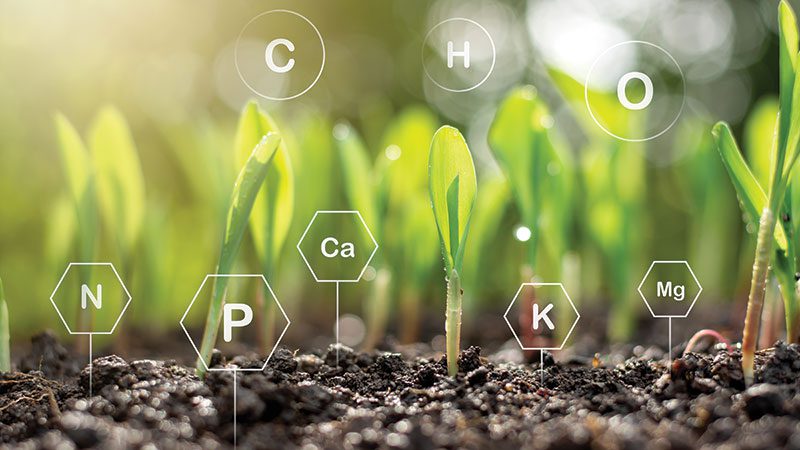 Why is everyone so excited about regenerative agriculture?

The short answer: climate change. Because soils can act as a natural carbon “sink,” some proponents believe deploying this type of farming on a large scale can reverse climate change. They argue that agriculture could both offset its own emissions—which accounts for about 10% of all U.S. emissions (methane from livestock, nitrous oxide from fertilizers, carbon dioxide from machinery)—and help offset the emissions of other polluting industries. The administration of President Joe Biden, Big Food companies such as General Mills, Cargill and Danone, and even fashion brands are betting on regenerative agriculture’s carbon offsetting potential.

Are these claims about agricultural soils mitigating climate change credible?

Some researchers have warned that these claims are overblown. They question the amount of carbon farmers can store in soil and for how long. Other well-known researchers continue to support regenerative practices’ carbon sink potential. But everyone agrees that regenerative agriculture is worth implementing on a large scale no matter what, because its economic and environmental benefits are myriad. Improved soil health makes farming easier. Regenerated soil is better at retaining water and needs fewer, if any, applications of pesticides, herbicides and fertilizer, saving farmers money. Healthy soil is also less prone to erosion and more resilient against climate change. Last but not least, regenerative practices can restore the health of an entire ecosystem, leading to the return of pollinators, beneficial insects and endangered wildlife species.

Why are so many conventional farmers adopting regenerative practices?

The main present-day motivator for adoption of regenerative practices is economic. Reducing tillage and planting cover crops saves farmers money on labor, power, equipment and farm chemicals. For some farmers, switching to regenerative farming means keeping the family farm alive. Most conventional farmers start with no-till, because they can use herbicides to kill weeds instead of tillage. But some are also doing cover-cropping and diversifying their rotations. Some conventional farmers who adopted multiple regenerative practices are now transitioning their farms to organic certification.

Many organic farmers already plant cover crops. But adopting no-till or minimum till practices to retain carbon in soil has been difficult on organic farms because those farmers rely on tillage for weed control. Some small organic farms are doing zero tillage, but larger mechanized farms—especially organic vegetable systems—are still trying to figure out how to stop or reduce tilling without impacting crop yields.

Is there a regenerative agriculture label?

Yes, more than one! Regenerative Organic Certified, which officially launched last summer, is a certification program with requirements for soil health, animal welfare and farmworker justice. To be eligible for ROC certification, farms and producers must first be certified organic. They are then evaluated for additional practices such as rotational grazing or growing year-round cover crops and are expected to phase in more rigorous practices over time. ROC products, made with ingredients from the regen-certified farms, are already available from multiple brands.

Certified Regenerative by AGW is a certification program from A Greener World, a nonprofit organization that manages multiple certification programs. Currently in its pilot phase, Certified Regenerative is a management tool that allows farmers to create their own regenerative pathway, measured and audited annually. It does not require organic certification but incorporates AGW’s animal welfare standards, which are some of the strongest out there. Products with the label will be available later this year. And the Ecological Outcome Verification/Land to Market certification by the Savory Institute tracks outcomes in soil health, biodiversity and ecosystem function. Brands participate in the program by accessing ingredients from verified regenerative suppliers. Last but not least, the Real Organic Project, a label that honors traditional soil-based, pasture-based organic farming, also promotes policies and practices that are in line with regenerative ideals.

What do carbon markets have to do with regenerative agriculture?

The Biden administration’s transition memo included mention of establishing a carbon bank, or carbon market, a mechanism to pay farmers who are storing carbon in soil by using regenerative practices. President Biden mentioned it again in his April address to Congress.

Farmers would receive credits, which they could sell to corporations looking to offset their own emissions. The carbon market idea has received support from large farms and big farming groups but has been criticized by environmentalists, small farmers and many organic advocates.

In the meantime, several startups have already launched private carbon markets focused specifically on farmers and ranchers. They include Boston-based Indigo Agriculture and Seattle-based Nori. Other carbon market projects in the works are the Montana Grasslands Carbon Initiative for ranchers and The Ecosystem Services Market Consortium, a program that starting next year will pay farmers for various ecosystem-friendly practices, including storing carbon. Even Bayer Crop Sciences (formerly Monsanto), the company who makes genetically modified seeds and the controversial pesticide Roundup, has started its own carbon market program. 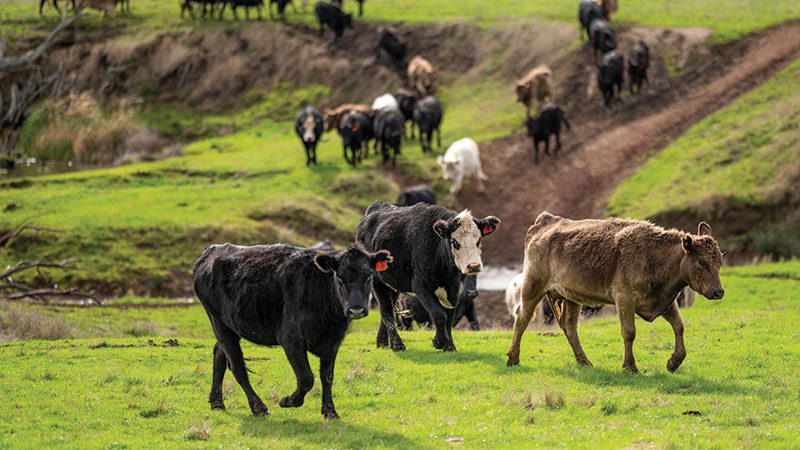 Why is rewarding farmers for sequestering carbon problematic?

Because regenerative farming isn’t well-defined by a single source, farmers’ adoption of the practices is far from homogenous. In fact, no-till farming is often a misnomer as most no-till farmers regularly return to tilling their soil, releasing some or all of the sequestered carbon back into the atmosphere. And very few U.S. farmers grow cover crops—although their numbers are growing. According to the Census of Agriculture, cover crops were planted on just 6.7% of the land suitable for it. And while cover crops are more widely used by organic producers, organic farmland makes up less than 1% of total U.S. cropland.

Another problem, said soil scientist Ray Archuleta, is that the amount of carbon that’s stored depends on climate, temperature, moisture, vegetation type, and soil characteristics, so farmers across the country are not on equal footing. Also, the amount of carbon soil can hold is finite and can be quickly lost if a farmer decides to change farming techniques. Paying farmers to plant cover crops that can suck up carbon would be a better approach, Archuleta said, because all farmers can do it and the acreage can be easily verified.

Can we even measure soil carbon and other environmental benefits?

Measuring soil carbon is currently challenging. Soil samples, analyzed in a lab, are expensive and can yield varying results because soil organic matter fluctuates daily and varies depending on location. Also, most sampling does not measure deep soil carbon or account for seasonal fluctuations. Current “carbon measurement” methods rely on modeling such as the COMET-Farm system (using a network of soil samples and other information), while others focus simply on rewarding the practices. Measuring tools in development include a hand-held sampling tool that farmers can use to test carbon in the field, satellite data and remote sensors to map soil health management and practice adoption, or tools to evaluate bird and insect biodiversity as a proxy of landscape regeneration.

Does the regenerative agriculture movement address social and political inequities?

Unfortunately, many Black, Indigenous and people of color (BIPOC) feel that the regenerative and organic agriculture movement does little or nothing to address systemic issues of inequity, discrimination and racism inherent in our current food system. For one, the movement fails to give credit to the Indigenous people and people of color who have practiced and pioneered regenerative practices for millennia. Also, BIPOC farmers and Indigenous experts are ignored and not invited to the table. And the movement is very carbon-centric; it has little interest in addressing social justice, historical wrongs and unfair economic policies, said Rishi Kumar, a Pomona, California-based farmer and educator. “The regenerative agriculture movement understands that healing is possible, and that’s a big shift in our understanding of our relationship with earth and with ourselves,” Kumar said.” The damage that’s been done, it’s not irreparable. It’s just that the movement needs to expand beyond its limited focus on soil to a more holistic vision.”

Policy Report: Listening, Learning and Changing: It was time for white sage bundles to go