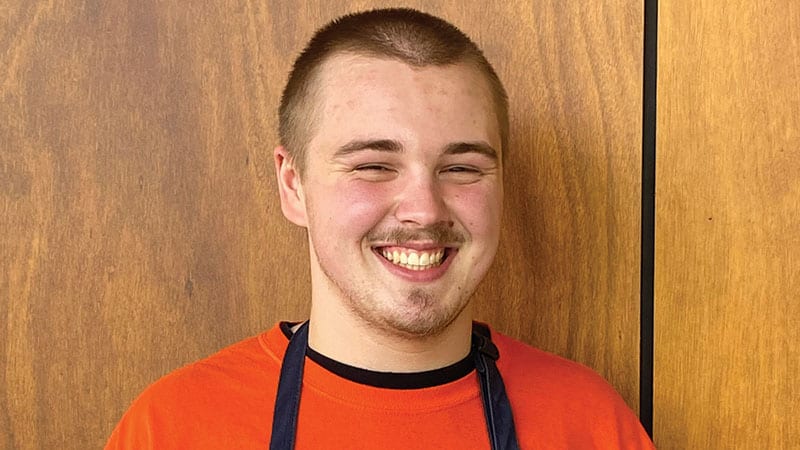 Owen has been working for PCC since August 2019, when he was hired at our Burien store after attending one of our job fairs. Owen transferred to the West Seattle store when it re-opened in October. He says it was a big adjustment working at the store during the pandemic, but he loves the fact that his job allows him to interact with people, it keeps him busy, and he gets to help make the store better. He’s also enjoyed seeing regular customers and interacting with friends that he works with. As a member of our Co-op Clean Team, Owen works to keep the store clean, sanitized and in good shape for customers.

Outside of work, Owen enjoys old video games—and video games in general. He also loves to work on and fix up things like go-carts and minibikes, and he enjoys drawing as a more creative outlet. Owen also supports the Duwamish River Cleanup Coalition, helping to clean up the shores of the Duwamish. He says it’s part of home and tries to do what he can to help. When asked what type of food he would eat for the rest of his life if he was forced to choose, Owen admits he tends to be a picky eater, but he could probably eat pizza or pasta forever.