Oxybenzone in sunscreens: a coral killer 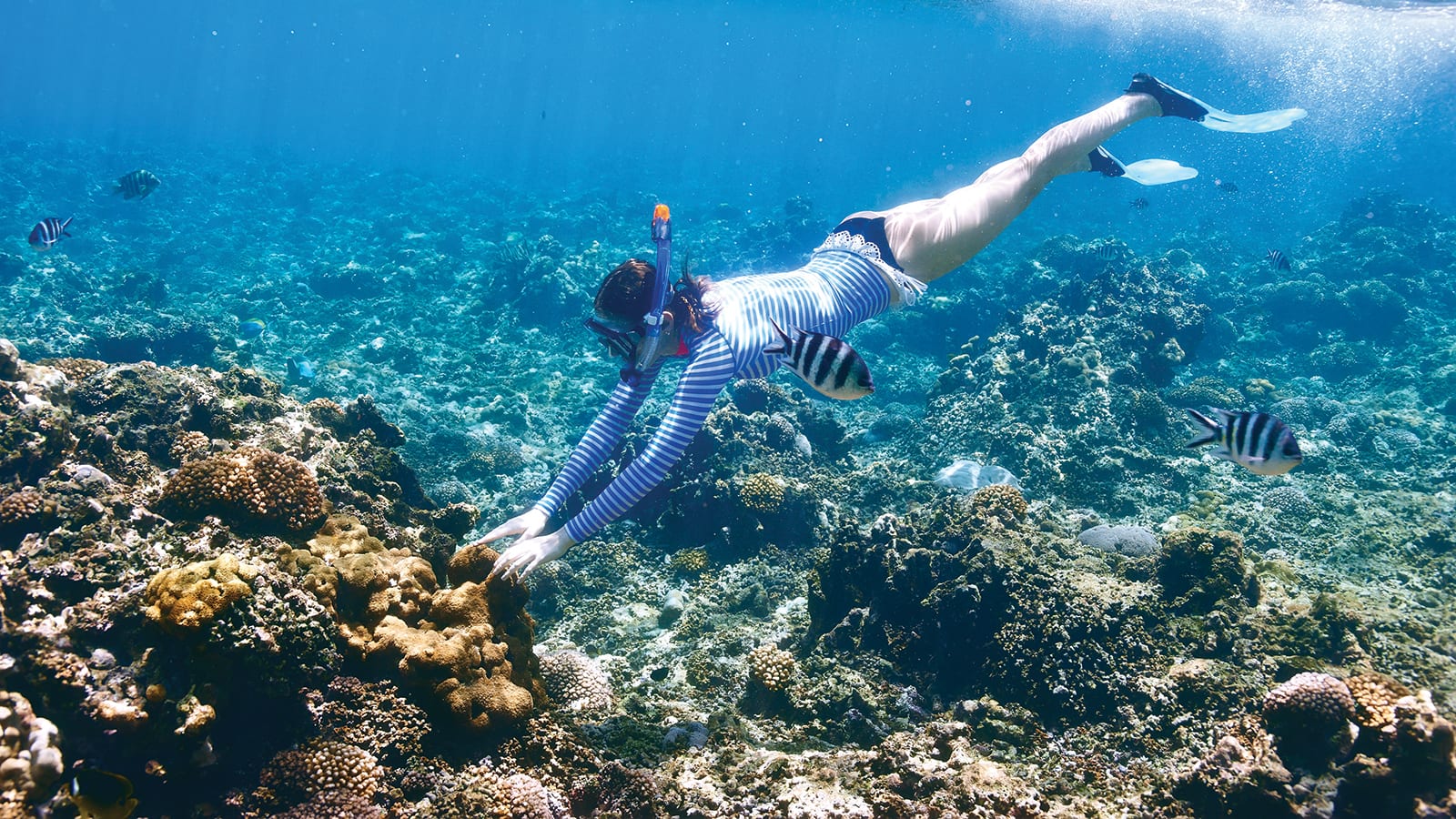 Not all sunscreens are created equal. Some are created with a toxic chemical called oxybenzone, which is harmful to a person’s health and our planet’s coral reefs.

Every year, approximately 14,000 tons of sunscreen lotion pollutes our world’s oceans with oxybenzone and other toxic chemicals. This pollution is most concentrated around popular tourist destinations, such as Hawaii and the Caribbean. As studies continue, researchers are more convinced that oxybenzone contributes significantly to coral bleaching, especially around coastal areas where sunscreen use is heavy.

Under the water line

Coral reefs are complex and valuable ecosystems supporting multiple other marine species, including fish, anemones, sponges and crustaceans. Corals themselves are unique organisms that comprise reefs. They’re actually small animals that secrete calcium carbonate to form a hard skeleton around themselves for protection.

Corals get their food and coloring from the algae growing on their surface. When corals are stressed, they release this algae into the ocean and become white. Corals can recover from bleaching, but it is difficult and the longer a coral suffers bleaching, the less likely its chance of survival. Many of our ocean’s corals have died from long-term bleaching and will not recover.

Oxybenzone can alter coral DNA and deprive it of essential nutrients. It also can cause the coral to overproduce its skeletal structure and encase itself within. For young coral, oxybenzone can be toxic at just 62 parts per trillion – that’s equal to one drop of water in six Olympic-sized swimming pools.

Researchers found oxybenzone levels were 23 percent greater than this in some areas of the Virgin Islands. Corals are the most impacted of all marine animals, but oxybenzone could be contributing to health problems and species loss among other marine life.

Oxybenzone and the other ingredients in conventional sunscreens are toxic not just to marine life but also humans. Oxybenzone is the most common UV filtering chemical, used in more than two-thirds of conventional sunscreens. It is a skin allergen and potential hormone disruptor. This chemical is measurable in every American body tested. Some studies have revealed hormone levels change even during brief exposure to the chemical.

Aside from oxybenzone, there are other harmful chemical UV filters used in conventional sunscreens, most of them endocrine disrupting chemicals, interfering with the body’s hormones. Octinoxate, homosalate, octisalate, octocrylene and avobenzone are widely used chemicals to avoid and often are used in conjunction with oxybenzone or each other. Most of these chemicals have been in use since the 1970s but have not been tested for their health impacts.

The best alternative to chemical sunscreens is mineral sunscreens with non-nano zinc oxide and titanium dioxide.

Mineral sunscreens that contain non-toxic inactive ingredients, too, are safer for your health and reduce pressure on coral reefs and all the other marine life they support.

All of PCC’s sunscreens are free of harmful chemicals and contain safe inactive ingredients.

Getting to know PCC Cooks

PCC’s long-standing culinary education program is a community resource for informative cooking classes that bring together passionate instructors, food-lovers, and aspiring chefs of all ages and levels of experience.