The bitter truth about Big Sugar 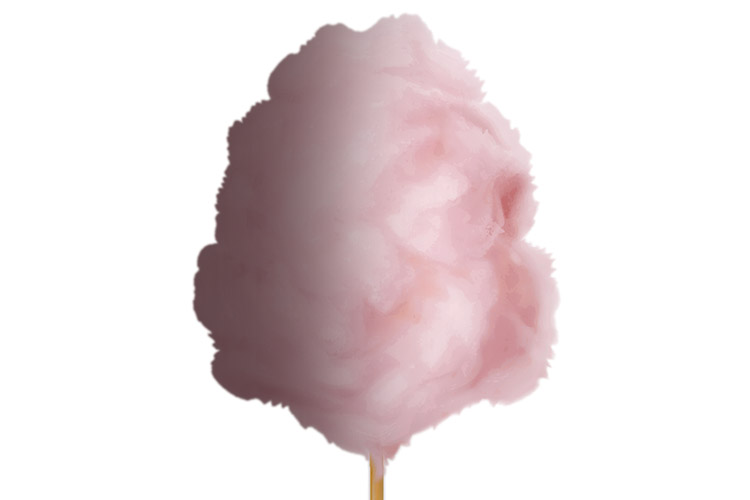 For decades the sugar industry quietly skewed public understanding of diet and health. As the truth becomes known, consumers are fighting back.

In a movement likened to the battle against “Big Tobacco,” soda and the sugar industry as a whole are under attack from all sides. Across the country and internationally, a slew of sugary-beverage taxes and lawsuits are targeting the largest soda-producing companies to reduce public sugar consumption, linked to a range of health disorders from obesity and diabetes to heart disease, Alzheimer’s and cancer.

The attacks come at a particularly delicate public relations time for the industry. A series of recently leaked memos reveals a nearly 70-year attempt by sugar industry groups (now commonly referred to as Big Sugar) to cover up the health effects of sugar and influence public health policy. Their tactics include discreet funding of nutrition scientists, attempts to discredit artificial sweeteners, and a coordinated strategy to shift the blame of chronic disease from sugar to saturated fat. They have been stunningly successful at maintaining high levels of domestic sugar consumption over the years, despite mounting evidence of the dangers of sugar to health.

The recent lawsuits and sugar tax initiatives reflect heightened awareness of Big Sugar’s tactics — and the costs to public health.

In 1951, the American Sugar Refining Company began an ambitious advertising campaign (intended to deliver 900 million messages), stressing the importance of sugar as an energy source for children. At the same time, the recently formed Sugar Research Foundation began funding research to support its claims of sugar’s safety and indispensability. By 1951, the renamed Sugar Association Inc., had awarded $3 million in grants to some of the most prominent researchers in carbohydrate chemistry, nutrition and metabolism at Princeton, Harvard, the California Institute of Technology and other universities.

Internal sugar industry documents discovered last fall by a researcher at the University of California, San Francisco (UCSF), suggest that in the 1960s the industry paid Harvard scientists the equivalent of about $50,000 today to publish a review of studies on sugar, fat and heart disease. The reviewed studies were picked by the sugar industry. Published in the New England Journal of Medicine, they downplayed the role of sugar in heart disease and instead pointed blame at saturated fat.

The finding suggests, according to The New York Times, “that five decades of research into the role of nutrition and heart disease, including many of today’s dietary recommendations, may have been largely shaped by the sugar industry.”

One of the Harvard scientists paid by the sugar industry went on to become the head of nutrition at the U.S. Department of Agriculture, where he helped create the predecessor to the federal government’s dietary guidelines in 1977. Another was the chairman of Harvard’s nutrition department.

“It was a very smart thing the sugar industry did because review papers, especially if you get them published in a very prominent journal, tend to shape the overall scientific discussion,” Stanton Glantz told The New York Times. Glantz is the UCSF researcher who uncovered the sugar industry’s history of influence and wrote about it in JAMA Internal Medicine.

Using a combination of strategies — from promoting doubt and redirecting blame to spinning research for its own ends — the industry shaped both public and scientific opinions of the role of sugar in a host of related health issues.

On the topic of dental caries, although its own research pointed directly to sugar being the worst offender, the sugar industry argued that all carbohydrates were equally bad and who was about to eliminate all of them from their diet? Big Sugar told consumers to focus instead on brushing and rinsing after meals.

When weight-conscious Americans switched in droves to diet sodas in the early 1960s and low-calorie sweeteners threatened sugar consumption, the sugar industry spent $4 million in today’s dollars researching all the possible negative health effects of cyclamate artificial sweeteners. On scant evidence, Big Sugar successfully lobbied to have cyclamates and saccharin removed from the U.S. market, coloring all artificial sweeteners as potentially carcinogenic.

Industry influence continues. In 2015, The New York Times reported that Coca-Cola, the world’s largest producer of sugary beverages, provided millions of dollars to researchers who sought to downplay the link between sugary drinks and obesity. In 2016, The Associated Press reported that candy makers were funding studies asserting that children who eat candy tend to weigh less than those who don’t. In March, a University of Colorado nutrition expert stepped down from the research center he founded, after it came to light that he accepted $550,000 from Coca-Cola. The research center he headed, financed by Coca-Cola, emphasized physical activity over calorie reduction for losing weight.

Today, as conflicts of interest have been exposed and our understanding of nutrition has shifted to align with science, public policy is beginning to catch up. Fat no longer is the enemy. Sugar is.

The USDA’s newest Dietary Guidelines (2015) set no limit for total fat intake. Then in 2016, the American Heart Association (AHA) declared sugar is a major risk factor for heart disease as well as obesity and diabetes. The AHA advised adults to keep intake below 10 percent of calories (or less than 5 percent for more benefits) and that children under age 2 should have no added sugar in their diet.

These advisories followed a seminal 2014 study published in JAMA Internal Medicine by Dr. Frank Hu and colleagues at the Harvard T.H. Chan School of Public Health. The group found an association between a high-sugar diet and a greater risk of dying from heart disease. Over the course of the 15-year study, people who got 17 to 21 percent of their calories from added sugar had a 38 percent higher risk of dying from cardiovascular disease compared with those who consumed 8 percent of their calories as added sugar.

Sugar is unique, Hu says, because “your liver metabolizes sugar the same way as alcohol and converts dietary carbohydrates to fat.” Over time, this can lead to fatty liver disease, a contributor to diabetes, which raises the risk of heart disease.

By October 2016, the World Health Organization issued a news release, calling on nations around the globe to tax sweet foods to reduce sugar consumption. It said, “If governments tax products like sugary drinks, they can reduce suffering and save lives. They can also cut healthcare costs …”

In an effort to reduce these risks and costs, eight cities across the country, including Seattle, have approved ballot measures for sweet beverage taxes, despite massive industry spending to counter them. Several more are considering proposals. Politicians are selling the taxes as a way to curb heart disease, obesity and diabetes while raising funds for childhood education, health and public safety programs in low-income neighborhoods.

In Mexico, a sugar tax has been in place since 2014, long enough to measure trends. Studies show it has influenced consumer behavior, driving down sales of sweet drinks with limited or no economic consequences.The largest decrease has been among low-income populations — the group at highest risk of obesity-related diseases. The public health benefits aren’t yet measurable but officials say the results could reduce obesity-related diseases, improve health outcomes and reduce healthcare expenses.

The soda industry has fought back, calling the soda taxes “grocery taxes” to mislead voters into thinking many food items will be taxed. Last fall, public health advocacy group Ninjas for Health revealed that the soda industry actually was paying dietitians to tweet scripted posts against the taxes on Twitter.

Despite the industry’s efforts, Oakland, Albany and Boulder joined the ranks of cities with soda taxes last fall. At press time, Seattle had just passed its own sugar tax. The tax revenue is expected to increase funding for the “Fresh Bucks” program that improves access to fresh produce for low-income people. It also would raise funds for programs that reduce educational disparities between white and historically underrepresented students of color.

Sweet beverages aren’t the only target. A team of attorneys in California has filed a series of false advertising lawsuits against Kellogg, Post Foods and General Mills for claiming their products — such as Frosted Cheerios and Raisin Bran Crunch — are healthy and nutritious, when as many as 40 percent of the calories in a serving come from sugar. The plaintiffs likely face an uphill battle since the Food and Drug Administration (FDA) does not define what constitutes “high” or “low” sugar. At the very least, the lawsuits are drawing attention to the high sugar content of many processed foods that are seen as staples.

Change also is afoot on a national level. In May 2016, after years of stalling due to fierce lobbying from food and sugar industry groups, the FDA announced an overhaul of the calorie labels found on packaged foods. Starting in 2018, Nutrition Facts labels were supposed to disclose added sugars, but the Trump administration has put this on hold.

The new ordinance imposes a tax of 1.75 cents per ounce to be paid by distributors of soda pop, sports drinks, energy drinks and other sugar-sweetened drinks. Diet drinks are exempt.

The Centers for Disease Control and Prevention says soda taxes are “the single most effective remedy to reverse the obesity epidemic.” Other supporters include the American Hospital Association, Washington Dental Service Foundation, American Academy of Pediatrics, King County Academy of Family Physicians, and Seattle Education Association.

Laura Brady is a freelance writer in Seattle. Eli Penberthy is editor of Sound Consumer.

PCC Board of Trustees report, July 2017