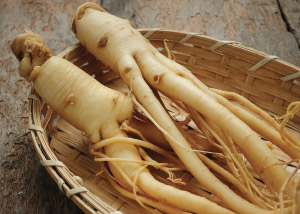 Though it’s often said “what doesn’t kill us, makes us stronger,” it can be quite the opposite if we’re too stressed. Stress takes an enormous toll on our immune systems and adrenals, where the fight-or-flight response arises to provide energy during times of pressure. As the adrenals become depleted, cortisol increases, sleep is compromised and immunity is weakened. Chronic stress can cascade into anxiety, burnout and illness.

But herbs — or botanicals — can offer relief! Before the advent of pharmaceuticals, ancient peoples around the world recognized herbs that gave them strength through the era of killer tigers (the ultimate in fight or flight) or freezing winters. In each part of the world plants had to develop a means of survival in bleak terrain and harsh conditions, and those plant protections were passed on to humans.

An array of botanicals provided what traditional cultures needed: stamina and physical coping mechanisms against the elements, as well as support for fertility. Such plants were an integral part of ethnic medicine for many centuries. Each culture had it’s own native plant: rhodiola in Siberia, ginseng in China, ashwaganda in India, maca in South America.

Today these plants are called adaptogens. “Adaptogen” is a nonmedical definition for a nontoxic normalizer supporting the adrenal glands and endocrine (hormone) system.

Traditional herbalists categorize these botanical herbs, or adaptogens, as herbal tonics. According to Omar Cruz, herbalist and vice president of botanical science at Himalaya Drug Company, herbal tonics help your body and mind be flexible and respond to stress. Adaptogens “promote neural processes that produce the hormones needed to give moments of clarity, recovery and a restoration of vitality.”

These plants can increase the body’s resistance to adverse conditions, giving the mechanism and energy to continue functioning during stress. With adrenals rebooted, cortisol lessens and sleep may come easier. In this age of the availability of plants from all over the planet, a plethora of adaptogens are easily available, including in many different forms at PCC.

Rhodiola, with the botanical name rhodiola rosea because of its red root, originally was found in Russia, Siberia, Asia, Alaska and other frigid climates. Mythology claims rhodiola gave Vikings their strength. Signifying fertility, brides carried rhodiola as a wedding bouquet. Rhodiola was a well-kept Russian secret, used to increase the endurance of their athletes: it can shorten recovery time after physical exertion.

Human studies show that rhodiola increases alertness and decreases fatigue, and can protect against illness. Rhodiola also can relieve irritability, insomnia and mental fatigue. When taken by young military cadets who went for 24 hours without sleep, the participants’ cognitive test scores showed improvement in both mental processing and short-term memory.

Maca is grown in the mountains of South American countries, where the plant must adjust to high altitudes. As an adaptogen, maca proffers similar advantages: support to withstand brain-fogginess and exhaustion.

Astragalus, an anti-viral Chinese herb, has been used against the common cold and upper respiratory infections. Studies show astragalus can activate the white blood cells of the immune system.

Reishi medicinal mushroom (Ganoderma lucidum) guards the immune system. Pictures of this sacred mushroom have been found from as far back as 3500 B.C. In China, Monks grew reishi mushrooms for the emperor on an isolated island to ensure his longevity and immortality.

In traditional Chinese medicine reishi mushrooms protect against neurodegenerative and liver disease. The antiviral properties are the same protease inhibitors used in anti-HIV medicines. Other medicinal mushrooms include Cordyceps, which provides respiratory and lung support, and shitake mushrooms, which can be added to food for immune enhancement.

Since herbs may affect each person differently, it’s important to find the adaptogen that works best for you. As always, consult your medical practitioner about these botanicals and all health issues.

The $18 million penalty against the Grocery Manufacturers Association, issued in November, is the largest fine for a campaign finance violation ever in American history.

Tips to reduce sugar in baking

Sugar can be reduced by about a third without seeing many negative consequences, although the difference will be noticeable. Learn when it's ok to cut sugar, special notes and exceptions, sugar substitutes, and how sugar affects moisture, shelf life, crispness and other qualities.