This article was originally published in December 2015 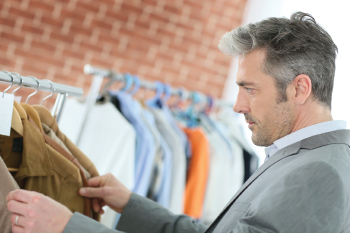 Have you heard the latest statistics and news about the world’s clothing production?

What can we do and where do we shop for garments that are created differently? We can start at our neighborhood PCC.

For more than a decade, PCC’s buyers have looked behind the labels to source accessories and apparel made from certified organic fibers — both cotton and wool — and produced with authentic fair labor practices.

In the past few years, the ecologically grown textile world has grown dramatically. It’s rare now to find a clothing brand that does not claim some social or environmental program. But how do consumers separate the real from the phony? How do we know we’re making the best choices?

As someone who has been involved in making clothing from farm to finish for more than 23 years, I have a few advisories.

Fiber products, from bedding and clothing to personal care items, are not part of the U.S. National Organic Program but the raw materials (the raw cotton, for example) are required legally to adhere to the same growing standards as other organic crops. The U.S. Department of Agriculture is enforcing this.

Now, there’s an internationally accepted post-harvest certification system in place called the Global Organic Textile Standard (GOTS), which monitors every step of production from field to finish for the worst chemicals and carcinogens. Look for the GOTS logo and license number on garments to make sure they are using the seal properly.

As for working conditions and fair wages, there’s no substitute for knowing your brand. Ask questions and dig behind the label.

Does a brand or company produce one or two organic, fair labor or fair trade lines or products, or are all products produced to fair standards? With the plethora of new certifications, it’s easy for a brand to sign up for one program or another, especially if its factory has acquired a specific certification. Brands that truly are committed will tell you that everything they make meets certain standards. They will be specific about what standard and why.

Does it contain details about where and how its products are produced, or does it use terms, such as “imported” or “no nasty stuff?” I’m amazed by the number of clothing sites that hide where their garments are produced.

Look at photos and videos.

Are they filled with pretty faces but void of specifics of who the producers are? Notice whether the brand often changes the country where specific garments are produced. If a garment moves from China to India and back, it’s usually an indication contracts are short-term. Real fair trade involves developing long-term relationships throughout supply chains.

Who makes it? Where?

Why make clothing or socks travel 8,000 miles or more when they can be made in the United States or the Americas? Most overseas apparel centers exist because large factories can exploit vulnerable members of society. Workers’ rights and environmental regulations, if they exist in these countries, often are ignored.

Ah, be aware of “Made in USA” claims. Between 2008 and 2012, for example, the U.S. Department of Labor investigated more than 1,500 employers in the U.S. garment industry and found labor law violations in 93 percent.

Most of the workers were immigrants from Asia and Latin America. So again, ask not only “where” but “who” makes U.S. clothing. Look for a brand that has direct relationships with its makers and is not afraid to tell you about them.

As with much of the world’s goods, ethical and sustainable apparel production is convoluted and confusing. Thanks to a small but growing group of committed consumers and their community-based retailers, change is beginning to occur — and we all know the power of small, but thoughtful, committed groups.

Bená Burda is the cofounder of Maggie’s Organics, the oldest existing U.S. organic apparel brand. She has created worker-owned cooperatives and developed transparent supply chains in central and South America and in the United States. Burda received the prestigious “Special Pioneer Award” from the Organic Trade Association in 2002 and, in 2004, was voted one of the “25 people who most influenced the organics industry.”

Throughout the month we're hosting informal wine tastings at seven PCC stores. Whether you favor bold, rich reds or bubbly from near and far, you'll find delightful new choices for your holiday tables — or just for everyday drinking!