This article was originally published in May 2015 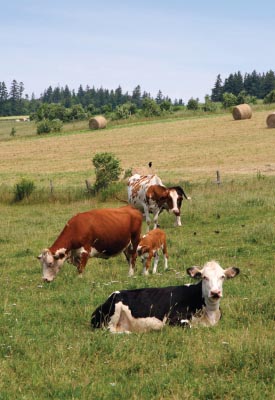 In 2012 honeybee pollination made it possible for fruit, vegetable and seed crops to add billions of dollars in harvest value to Washington agriculture, including nearly $3 billion from tree fruit and berries. The bees also added nearly $4 million from the sale of their honey. Washington beekeepers are lobbying the state’s lawmakers for lower taxes and more forage for their bees.

Congress is giving veterans financial support to help them pursue agriculture careers. The 2014 Farm Bill designated veterans, for the first time, as a distinct class of beginning farmers within the USDA. The status grants veterans access to low-interest loans to buy animals and equipment. It also allows them to apply for grants to build onto their farm, and can help them receive extra payments to implement conservation practices.

Label claims such as vegan, Paleo, grass-fed, pasture-raised, ancient grains and allergen-friendly are on the rise, according to investment banking firm Silverwood Partners. Other trends gaining momentum include chia, foods and beverages that are fermented or have turmeric, and meat snacks such as jerky.

A new study looks at how commercially valuable fish are reacting to low-oxygen dead zones in the Pacific off the West Coast, which are getting more common as the climate changes. It found overall numbers and diversity of fish reportedly dropped as oxygen levels dropped in deep waters, but some fish remained, able to adapt.

PCC Board of Trustees report, May 2015

The future of meat?

High-tech startups are aiming to revolutionize the food system by creating meat, egg and dairy substitutes derived from plant compounds or cultured animal tissue. They can expect legal and political obstacles.

What do egg labels mean?

When buying eggs, animal welfare is an important consideration for most consumers. The welfare and living conditions of laying hens can vary substantially and the labels on the cartons — "cage-free," "free-range," or "pasture-raised" — lets us know the kind of farm the eggs are from.