Food cravings: the science and lore

This article was originally published in January 2013 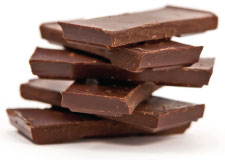 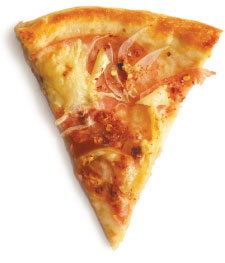 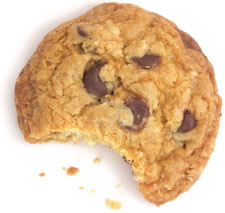 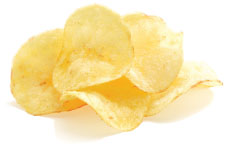 Dr. David Kessler, pediatrician and former head of the Food and Drug Administration, says that when he looks at a huge plate of French fries, he knows that if he starts eating them, he won’t stop until they’re gone.

Chocolate chip cookies hold a similar power. Once, he was so tempted by cookies on the kitchen table, he hardly noticed the flowers or photos of his children.

“I was fixated on those cookies until I forced myself to pull away,” he says, only to indulge the craving a little while later.

Yes, even the doctor who once oversaw the nation’s health struggles like the rest of us to fend off cravings and eat well.

Chocolate, candy, potato chips, ice cream, pizza … food cravings come in many forms and flavors. No one would care about cravings if they drove us to eat broccoli and turnips, but people usually crave foods that are not so healthy.

Research shows most people crave something, although preferences can vary from person to person and among men and women.
Almost universally, we crave what are called “highly palatable foods” high in sugar, salt and fat. Scientists often use words such as “uncontrollable,” “insatiable” and “hijacked brain” to describe how people consume them.

This makes sense from an evolutionary standpoint. Holistic physicians say our taste buds remember our hunting and gathering days, when humans needed high-calorie foods to survive. Our food supply has changed since then. But our brain chemistry not so much. Kessler says we have a deep biological drive to eat sugary, fatty and salty foods whether we are hungry or not. We’re hard-wired to want them.

Kessler’s book, “The End of Overeating,” describes what happens in the brain when we consume them. They increase feel-good chemicals in the brain, including dopamine, serotonin and opioids. We get a surge of these chemicals even when we just think about, or see the food.

Cravings are a natural part of being human. They are influenced by social, cultural and psychological cues. Japanese women, for instance, crave sushi more than chocolate, which is the most commonly craved food in the United States.

Nothing is wrong inherently with having a craving, as long as giving in doesn’t lead to a health problem. In fact, “the more that you resist that craving, the worse it’s going to get, and when you finally do indulge, you go overboard,” says Susan Albers, a clinical psychologist at the Cleveland Clinic and author of “Eating Mindfully.”

Albers advises tuning in to your craving early and responding “in the most mindful, healthy way possible.” Allow yourself some potato chips, for instance, but keep the portion size small.

Some people say their cravings feel like an addiction. When scientists use functional MRI scans to measure blood flow in the brain, they find food cravings appear to activate the same reward circuits as cravings for drugs and alcohol.

“Make no mistake, sugar is addictive,” says Dr. Robert Lustig, pediatric neuroendocrinologist at University of California, San Francisco. Refined sugar may be even more addictive than cocaine, one of the most addictive substances known.

In one study, when rats were allowed to choose either sweetened water or cocaine, 94 percent of rats chose the sweet water. Even rats addicted to cocaine quickly switched their preference to sugar once it was offered as a choice.

For decades, researchers hypothesized that cravings were the body’s effort to correct nutritional deficiencies. Craving a hamburger, for instance, could underlie a need for protein or iron. Chocolate cravers might be low on magnesium or other mood-altering chemicals found in chocolate.

But research increasingly casts doubt on this theory. After all, few people crave nutrient-rich green vegetables such as chard.

Many factors can increase dietary cravings. Among the most common are hunger, dietary deprivation (dieting), a “toxic food environment” and strong emotions. Memories of a certain food (positive and negative) also drive cravings. Marcel Proust, in “Remembrance of Things Past,” memorialized the involuntary emotions evoked by the smell and taste of madeleines: “… and at once the vicissitudes of life had become indifferent to me, its disasters innocuous, its brevity illusory — this new sensation having had on me the effect, which love has, of filling me with a precious essence.”

Identifying hunger before it becomes excessive and having regular, balanced meals and snacks can dampen cravings for unhealthy food.

Evelyn Tribole and Elyse Reich, dietitians and authors of the book, “Intuitive Eating,” counsel patients to include all foods in the diet — even the unhealthy ones ­— to help promote balance and reduce cravings. It sounds counterintuitive, but strict dietary deprivation almost always backfires.

However, when unhealthy foods fill our visual field, it triggers a desire to eat. So if we can keep our sight lines clear, we potentially can reduce our cravings.

The more inconvenient it is to acquire a food, the less likely we are to eat it. I frequently recommend my clients keep their immediate environment clear of craved foods. If that isn’t possible, I recommend they keep them in a bin in the garage, in the back of the cupboard or in a drawer out of sight. Key tip: do not go shopping when you’re hungry; you’re not likely to make the best choices.

Strong emotions, especially stress, anxiety and depression, play a very large role in food cravings. Many commonly craved foods, in fact, can change brain and body chemistry and alter the way we feel.

Chocolate has sugar and a phytonutrient called theobromine. Sugar helps increase serotonin levels in the brain and promotes a sense of relaxation. Theobromine acts like caffeine and can promote alertness.

Consuming high-fat foods can increase levels of the neurotransmitter, dopamine. Dopamine helps to control the brain’s reward and pleasure centers, and helps regulate emotional responses, enabling us not only to see rewards, but to take action to move toward them.

Sometimes people crave foods that will offset an unpleasant emotion or magnify a positive one. Once we experience a shift in our emotions and feelings after eating a food, it can be a powerful reinforcement for eating that food again, especially when similar emotions arise.

The type of food we crave sometimes can tell us about our emotional needs, says Dr. Christy Hofsess, psychology professor at Bastyr University. “If someone craves comfort food, perhaps they need some nurturing.” Understanding the triggers, or what we refer to in natural medicine as tolle causam or “treat the root cause,” can help take the mystery out of a craving.

It’s important to examine the underlying influences that lead to cravings in order to stop them before they get out of control.

I see many people in my nutrition practice who skip breakfast, eat a small lunch, and then can’t stop eating cookies and chips in the evening.

I use a scaling system of 1-10 with clients to help them identify how hungry they are throughout the day.

The goal is to start eating when you’re around a 3-4, and to stop eating at a 7-8. Once someone gets into the 1-2 range, they often crave sugar and fats uncontrollably and will eat to a 9-10 or above.

To understand the root cause of your craving, Dr. Hofsess recommends keeping a journal. Tracking all circumstances around cravings — including your emotional state, life events and foods craved — can be a useful exercise.

Hofsess says that once we identify the triggers for our cravings, it‘s easier to prevent them from happening. You may find out your cravings are a result of hunger, or that you crave sugar after a stressful day. Once you know your pattern, you can make a plan so you don’t feel so powerless around food. This can include finding a healthier alternative to take the edge off.

“I got to the point where I said, ‘I’m not going to eat French fries because I know if I eat them, I’m going to finish all of them'” he says. “There’s just no way I’m going to be able to resist.” He internalized this rule, he says, and “now when I look at French fries I don’t have thoughts of anticipation.”

Cravings are like waves that rise and peak and eventually pass. It takes practice, but we can learn to ride the waves without giving in. Here are a few recommendations based on recent research:

Cravings always will be a part of life. They never go away completely, but we can learn to live with them better. Every so often, give in to your craving and enjoy it.

Kelly Morrow, M.S., R.D., is a registered dietitian and Associate Professor in the School of Nutrition and Exercise Science at Bastyr University. She also sees clients at the Bastyr Center for Natural Health and in her private practice. Eli Penberthy is co-editor of the Sound Consumer.

You asked for it — and now it's here! Information about ingredients, nutrition panels, and notes from PCC nutrition educators for the dishes in the PCC deli now is available in a searchable database on our website.

Del Rey Avocado Co. is a family-owned business in Fallbrook, Calif., that has been in operation since 1969. It packs between 25 to 28 percent of all the organic avocados grown in California.