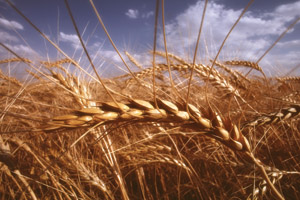 Important efforts are underway in Washington state to require labels on genetically engineered (GE) foods. Bills are being introduced in both the state House and Senate with broad support — from Republicans and Democrats and from agricultural communities in eastern Washington as well as urban markets west of the Cascade Mountain “divide.”

That range of support on any state bill, especially one involving agriculture, is very unusual and encouraging. Additionally notable is that the need for a state bill to label GE foods is being driven primarily by farmers — wheat farmers specifically. They’re smart and well organized and wheat is the state’s number two most important export — second only to Boeing planes. (Microsoft ranks below planes and wheat.)

The farmers say they’d lose their most important export markets if GE wheat is approved, and also cite risks to human health and the environment.

A research survey has found strong support in California, with eight in 10 voters supporting mandatory GE labels. Even after voters heard negative arguments against a GE-ballot measure, support remained at or above 75 percent.

On a national level, U.S. Rep. Dennis Kucinich (D-Ohio) has reintroduced a bill for labeling in Congress, as he has every year since 2003. What’s different and important about Kucinich’s effort this time is that Rep. Don Young (R-Alaska), the second most senior Republican in Congress, is co-sponsoring it. Their bill would require safety testing, eliminate seed patenting, and shift liability for damage caused by genetically modified organisms (GMOs) to biotechnology companies.

The new year always sparks renewed interest in eating plans that promise better health and weight loss. Food combining is one of the many popular eating plans I'm often asked about as a nutritionist.

As a health care professional and periodontist, I deal with making recommendations every day regarding purchase and use of health care products. So I was very pleased when I noticed certain toxic ingredients aren't in bodycare products sold at PCC.