This article was originally published in August 2011 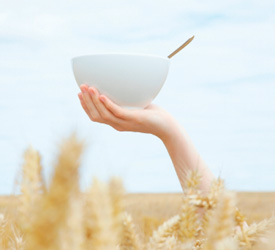 A true allergy involves an antigen-antibody reaction. An antigen can be anything containing a protein, something as apparently harmless as pollen, dust, or a microscopic amount of peanut protein.

An antibody is a molecule released by the body in response to a perceived invader. With true allergies, the immune system overreacts, attacking the protein with antibodies.

The allergic reaction prompts the symptoms of the antigen-antibody battle: heat, redness and swelling.

These can show up anywhere: red eyes, swollen nasal passages, skin rash, asthma or, in severe forms, a generalized inflammatory reaction (anaphylaxis). Allergic sensitivity can be measured by skin or blood testing.

Sensitivities, are reactions, too, often producing the same allergy-like symptoms. Yet the body does not produce antibodies and thus standard allergy testing is not useful.

It’s important to note that allergies and sensitivities essentially are inflammatory reactions that can happen anywhere in the body.

So, in addition to the usual allergy symptoms, depression, anxiety, dyslexia, joint and muscle pain, fatigue and many other symptoms have been tied to allergies and sensitivities.

Wheat is a grass, originally from the Fertile Crescent.

While ancient wheat did exist — hybridized by natural selection from unknown grasses — it and other grains came into prominence starting only 9,000 years ago, as people settled into larger communities in places such as the Nile Delta.

Wheat was one of the first crops to be cultivated on a large scale and is part of Western civilization. Agriculture relies on dependable calendars for planting and the engineering know-how to build dikes and canals.

The surplus food required shipping vessels (clay pots and woven baskets) and storage facilities, as well as accountants to keep track of it, and armies to protect it.

In addition to bread, alcoholic beverages are made from wheat and other grains. Egyptians are credited with being the first to develop a large-scale baking industry. Wheat reached England and Scandinavia about 5,000 years ago.

Rice has a similar place in Asian and African culture. It probably was cultivated earlier than wheat, about 12,000 years ago, after millions of years of people gathering wild rice.

Before rice cultivation, other sources of calories, such as potatoes, yams, and cassavas, probably dominated.

Irene should have been feeling great. She ate an excellent diet with lots of vegetables and adequate amounts of protein, mostly organic from PCC. She exercised and made sure she slept well at night. Yet she often felt miserable.

Irene had felt chronically fatigued since childhood, a fatigue that defied standard medical testing. She wasn’t anemic, her thyroid was good, and nothing showed up abnormal on any lab tests.

She was “healthy on paper” yet a true example of millions of “walking wounded” — those who may not be sick enough to fall neatly into a convenient diagnostic category but don’t feel well and can’t live the life they want.

After a complete health history, it turned out Irene also suffered from chronic bloating, constipation and acne. She was 36 years old and her periods were, in a word, tumultuous. Could these symptoms all be linked? Yes. We eventually discovered that she was sensitive to rice.

Wheat is the usual suspect and Irene’s health problems easily could have been caused by wheat sensitivity or an allergy to eggs. Or deficient digestive function. Or environmental toxins. Or a host of other problems that drop off most medical radar. But she had the rare but increasingly common condition of rice sensitivity.

There is little to no medical controversy over whether wheat and other grains trigger allergies or sensitivities. They do. Where controversy enters is in the areas of incidence and symptoms to grains other than wheat.

Grasses bring out our sensitive side

Wheat and rice belong to the grass family, which also includes rye, oats, barley, sorghum, sugar cane, corn, bamboo, pampas grass, and the grass in your yard. Quinoa and buckwheat are not grasses.

The history of grains is important (see sidebar). People ate only small amounts of it until 9-12,000 years ago. Prior to this — and in some parts of the world today — people lived in small tribes and were hunter-gatherers, relying on wild organic food. Nine thousand years is a mere blink of an eye in our evolution.

One theory of why we have grain allergy is that our genetic and digestive processes didn’t evolve eating these grasses. They entered our diet relatively late.

Wild rice still grows in many parts of the world, yet is a minor food commodity compared to commercial grains. Food sensitivities are more common with the foods that are consumed the most: wheat, corn, soy, dairy, eggs.

Diminishing seed diversity and the American preference for cheap food is complicit. A hundred years ago, humans ate foods from more than a thousand different crops. Today, we draw our diet from a fraction of that diversity, eating the same strain of corn or wheat, for instance, over and over, rather than a wide variety of species.

Celiac disease is increasing in incidence as wheat spreads around the globe. Wheat, which used to be rare in Asia and south of the United States, is now a food commonly eaten worldwide. Wheat is less expensive than rice, so some countries export rice as a cash crop and import wheat for local consumption.

Compounding the problem is that modern wheat contains higher levels of gluten than ancient varieties. One theory on gluten sensitivity is that a virus similar genetically to wheat infects some people, triggering an allergic immune response.

Another reason for food sensitivities is that our digestive systems have genetic limitations to how much carbohydrate they can handle. The intestines limit simple sugars such as glucose, galactose and fructose from crossing into the blood in some individuals. These unabsorbed sugars sit in the digestive tract, causing inflammation, fermentation (resulting in gas and bloating) and diarrhea.

Traditionally this would not have been a problem, but in the age of high carbohydrate — and especially high sugar — consumption, some people take in more sugars than they can absorb. They may feel they’re having an allergic reaction to a food, when in fact they’re simply eating too many carbohydrates.

The growing problem with poor digestive function also contributes to food sensitivities. If you’re not producing enough digestive juices, or have abnormal digestive bacteria, then your ability to digest any food will be compromised. Sometimes what is believed to be an allergy is just poor digestion.

While the U.S. Department of Agriculture food pyramid emphasizes the intake of grains, this may not fit with historic eating patterns. Grain consumption has increased by almost 60 pounds per person per year since the introduction of the low-fat, high-carb diet in the 1970s.

This diet has been criticized by nutritionists such as Walter Willet of Harvard Medical School as being a direct contributor to our epidemic of diabetes and obesity. Fruits and vegetables also are carbohydrates and can substitute for grains.

Blood tests do exist for wheat and other grain allergies. Sometimes they’re worth doing but often they miss the condition because they test only true allergies, not sensitivities. An intestinal biopsy is the only totally accurate way of testing for celiac disease.

The elimination-challenge diet often provides valuable information. The test person stays off a suspected food for two to three weeks, then reintroduces it and watches for symptoms. It’s important to monitor for any sign of disrupted function, as not everyone experiences the classic digestive discomfort. Even this method may miss patients who have subtle or slow-appearing reactions such as anemia and eczema, that aren’t readily apparent.

It’s advisable to trust your body’s reaction more than blood or skin allergy tests, which often show a “false negative,” indicating no allergy when in fact a food could be causing the reaction. For instance, if you haven’t consumed wheat in some time, you may get a false negative.

Irene is a good example of the dramatic improvement patients see with the elimination of a food allergy or sensitivity. And, yes, her skin and other indicators of health improved along with her digestion and energy when she stopped eating rice. In my naturopathic practice, I’ve seen dramatic improvement in many lifelong health complaints with the elimination of foods that trigger allergies or sensitivities.

Grain sensitivity may be an emerging condition that so far has eluded diagnosis. It’s best to work with a qualified health professional for diagnosing and treating food intolerance. You don’t want to limit your variety of foods unnecessarily. But if a food is causing you problems, you’ll be healthier if you find out why.

People often find that once they become used to the practice of incorporating a variety of different foods into their diet, they feel so much better that they don’t miss the offending food. Also, after a few months some people are able to reintroduce the food and continue to eat it in moderation without symptoms.

Maybe you have an allergy, sensitivity, a weak digestive system, or simply are eating too many carbohydrates. Although avoiding triggering foods can impose dietary restrictions, there are abundant, healthy and tasty substitutes. Good medicine is about finding the cause of ill health.

Our organic melons come from Inaba Farms in Yakima, Wash. and several Oregon growers. We’ve got plenty to please.

The U.S. Department of Agriculture (USDA) has released a new, simpler image of a plate divided into basic food groups to replace the famous food pyramid that’s been used to guide Americans’ diets for nearly two decades.