This article was originally published in August 2010 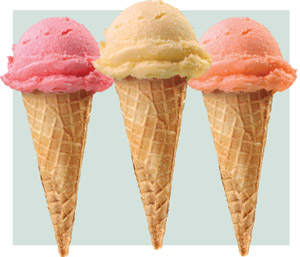 Reactions to MSG include but are not limited to:

What’s the difference between natural and artificial?

For thousands of years, spices and sauces and different forms of cooking have flavored our food naturally. So, why is there a multi-billion dollar industry based on replicating these results?

The evolution of food flavoring in America began during the Industrial Revolution. Meat and vegetables became available from distant lands. Foods were processed and preserved to lengthen shelf life.

In the book “Kitchen Literacy,” author Ann Vileisis says persuading “people to buy beef that had been butchered a thousand miles away meant no less than changing the way eaters thought about freshness and about meat. To sell meat from an unknown animal, a week after it had been butchered, flew in the face of everything they knew.”

For the first time in American history, foods were not going directly from field to plate. Freshness became an issue. The need to recreate flavors that had been lost by preserving and processing was born.

According to Eric Schlosser, author of “Fast Food Nation,” man-made flavor additives were used mainly in baked goods, candies and sodas until the 1950s, when sales of processed food skyrocketed. The invention of machines capable of detecting volatile gases at low levels dramatically increased the number of flavors that could be created from chemical compounds. By the 1960s the American flavor industry was creating flavors to provide the taste for thousands of new foods.

“Today’s sophisticated spectrometers, gas chromatographs, and headspace vapor analyzers,” writes Schlosser, “provide a detailed map of a food’s flavor components, detecting chemical aromas in amounts as low as one part per billion … The chemical that provides the dominant flavor of bell pepper can be tasted in amounts as low as .02 parts per billion; one drop is sufficient to add flavor to five average size swimming pools.

“Natural” and “artificial” flavors aren’t as different as you might expect. The distinction is based more on how the flavor has been made than on what it actually contains. Natural and artificial flavors sometimes contain exactly the same chemicals, produced through different processes.

“Amyl acetate, for example, provides the dominant note of banana flavor,” writes Schlosser. “When you distill it from bananas with a solvent, amyl acetate is a natural flavor. When you produce it by mixing vinegar with amyl alcohol, adding sulfuric acid as a catalyst, amyl acetate is an artificial flavor. Either way it smells and tastes the same.”

A natural flavor is not necessarily healthier or purer. Almond flavor (benzaldehyde) derived from natural sources, such as peach and apricot pits, contains traces of a lethal poison, hydrogen cyanide.

According to the Code of Federal Regulations, “The term natural flavor or natural flavoring means the essential oil, oleoresin, essence or extractive, protein hydrolysate, distillate, or any product of roasting, heating or enzymolysis, which contains the flavoring constituents derived from a spice, fruit or fruit juice, vegetable or vegetable juice, edible yeast, herb, bark, bud, root, leaf or similar plant material, meat, seafood, poultry, eggs, dairy products, or fermentation products thereof, whose significant function in food is flavoring rather than nutritional.”

This definition appears to include most everything. Unless you were to call a company to ask about the source and methods required to achieve the “natural flavor,” there is no way for you to know what you are consuming.

The Food and Drug Administration (FDA) doesn’t require flavor companies to disclose ingredients, as long as all the chemicals are GRAS (Generally Regarded As Safe). Not disclosing ingredients allows the companies to maintain the secrecy of their formulas — and hides the fact that flavor compounds sometimes contain more ingredients than the foods themselves.

As an exercise in curiosity, I called one of the major soup companies that advertise “natural flavoring” in a new brand of soups. I asked about the source and content of its “natural flavoring.” I was told this information was proprietary. If it’s truly natural, then why is it a secret?

Schlosser points to the McDonald’s French fry as one example of how loosely the term “natural flavor” can be applied. The French fry originally was cooked in beef tallow — now absent on the ingredient list; that flavor now likely comes from the “natural flavor” found later on the list.

MSG and aspartame, major players in the flavoring industry, contain the amino acids glutamate and aspartate, respectively. Amino acids are the building blocks of proteins. These particular amino acids are also known as excitotoxins. They have the ability to over-stimulate certain cells and in large amounts can cause cell death, particularly in the brain.

The Federal Food, Drug and Cosmetic Act say it’s illegal to label a product “No MSG” if it contains any hydrolyzed (processed) protein. Highly processed proteins contain free glutamate; in other words, they contain MSG.

It has been found that MSG has the ability to induce the condition of obesity. Researchers have taken advantage of this by creating MSG-obese mice for the purpose of research. Studies around the world have recently linked MSG with obesity in humans. (See sidebar for a list of common health symptoms associated with MSG.) 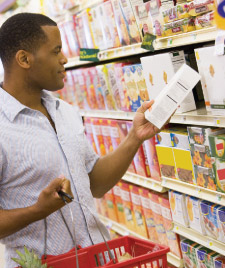 When it comes to flavorings, the goal of the biotech industry is to reproduce flavors that are sweet, salty and savory. The industry’s claim is that it enables the production of healthier foods. By using biotech flavors in smaller amounts, companies are able to reduce the amounts of sugar, salt and savory flavors, such as MSG.

An article published in Advanced Biotech in March 2008 reports that the attraction to biotech flavorings “was and still is the fact that flavor compounds produced from natural raw materials by microbial or enzymatic methods can be labeled ‘natural’ in accordance with European and U.S. legislation, thereby satisfying the unbroken consumer trend toward all ‘bio’ or ‘natural’ products in the food sector.”

Biotech flavorings are produced with bacteria, fungi and yeasts using enzymatic processes. For example, natural cheese flavor can be made using a bacteria that converts glucose into butyric acid, a component naturally present in butter and some cheeses.

The biotech company Senomyx invented four flavorings that were approved by the FDA in 2005 as GRAS, including S336, the biotech replacement of MSG. This chemical captures the same savory flavor as MSG — enhancing the flavor of the free glutamate already present in the food. Using S336 would enable the labeling of “No MSG” and “natural flavor,” which makes tracking any possible side effects difficult.

If it’s truly natural, then why is it a secret?

Senomyx publishes relationships with major corporations on its website; however, it is difficult to find companies that will publish the use of its products. It is known that Nestle first made use of S336 in commercial foods in 2007.

Rebiana, another biotech flavoring found in Cargill’s (a Coca-Cola affiliate) Truvia (a zero-calorie sweetener), is derived from stevia rebaudiana, a plant naturally 200 times sweeter than sugar. It was labeled GRAS by the FDA in 2008 as a food additive.

Cargill claims that Rebiana, or rebaudioside A, is isolated from the plant using only water. Ironically, the un-adulterated stevia plant extract, stevioside, has been banned as a food substance in the United States since the 1990s.

A Seattle-based soda called Zevia is sweetened with stevioside, which is classified as a nutritional supplement. This is the only legal way that stevia can be used. The FDA website states: “Available toxicological information on stevia is inadequate to demonstrate its safety as a food additive or to affirm its status as GRAS. However, with regard to its use in dietary supplements, dietary ingredients, including stevia, are not subject to food additive regulations.” Yet, both food and supplements are ingested by mouth.

What effect do all of these flavorings have on our health? We know there have been thousands of complaints to the FDA about aspartame and countless others about MSG, but as a general rule we do not know the direct effect of many of these flavorings. It is legal for a company to hide the source of its “natural flavors,” so it is virtually impossible to track the real impact of these chemicals, natural or not.

How do we avoid flavorings? The best solution is to choose organic whole foods. Buy seasonal fruits and vegetables. Choose grass-fed meats and wild fish. Replace soda with stevia or cane juice-sweetened drinks. Make your own sauces and dressings from scratch.

Avoid “diet,” low-fat and fat-free foods. Choose products with fewer than seven ingredients. Make sure none of the ingredients contain numbers or words you can’t pronounce. Last but not least, always read labels.

Dr. Samia McCully received her doctorate in naturopathic medicine from Bastyr University and has a private practice in Menlo Park, Calif. For more information see www.wellnessarchitecture.com.

Do you drink enough water?

Water is important to many bodily functions, such as regulating temperature, transporting nutrients and oxygen to the blood, removing waste, and lubricating joints. Every day our bodies lose water through sweating, exhaling, urination and bowel movements. This water must be replaced.

Insights by Goldie: Corn Refiners Association: these treacle tricksters are no treat!

While Web surfing recently for items on high fructose corn syrup (HFCS), I was confronted repeatedly with intrusive and unctuous pop-up advertisements. They jumped out from the page, yelling “sweetsurprise.com: Discover The Facts About HFCS, Sugar & Honey Online Today!”

Letters to the editor, August 2010