An eater's digest for change

This article was originally published in December 2008 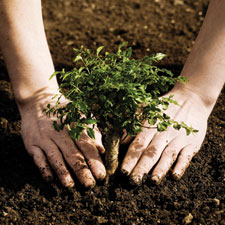 (December 2008) — Change. It’s a word ripe with hope, promising a new future. Rich with positive opportunities and exceptional possibilities, change is only a word until we define it and give it form.

The recent political season seemed endless, embarrassingly expensive and frequently rancorous. But change was in our hearts and on our minds.

“We, the people, in order to form a more perfect union …” in pursuit of our individual visions for “change” and with the whole world watching anxiously, did ourselves proud on November 4. In record numbers, we passionately participated in the most memorable election in our lifetime.

To the credit of all Americans of every political persuasion, we rose to our national best. Successfully avoiding election day confrontations or violence, we peacefully, proudly and decisively selected Senator Barack Obama to serve as our 44th president. We honor him as he becomes our nation’s first African-American president.

On election night, Sen. John McCain congratulated Senator Obama, then graciously and solemnly exhorted his supporters to set aside their differences and disappointment. He pledged to work cooperatively with President-elect Obama in a bipartisan, united effort to put America’s economic house in order and get things moving again. 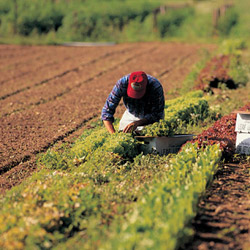 It’s in our common self-interest to work cooperatively, putting rhetoric to rest and ourselves to the test, as we face massive common problems. I minimize neither our economy’s condition nor the effects of the financial wounds and economic meltdown.

But bluntly stated, the meltdown with far greater consequences is the literal meltdown — our planet’s rapidly disappearing polar icecaps and glaciers. This is a crisis of unfathomable and catastrophic consequences and threatens the sustainability of the ocean’s life support systems vital to our own survival.

Parting shots
The environment, in general, has been under attack. Inattention and the effects of increased deregulation policies have eroded serious, independent scientific oversight in numerous agencies and weakened regulatory mechanisms that once provided more effective public access and opportunities for input.

There have been several glaring examples of deregulation related to food and agriculture within just the past few months. A flurry of deregulation efforts has come from the U.S.

According to his official Web site, here’s a list of priorities:

Food and Drug Administration (FDA) and the U.S. Department of Agriculture (USDA). Various proposed “guidelines” (much of them cryptic and nearly incomprehensible) have been published, giving only short timelines for public comments.

Analyses by several independent watch-dog groups reveal that the proposals — if and when finalized — would allow industries to develop (virtually unfettered) more cloned and genetically modified life forms. These would include enzymes, seeds, plants and animals and would allow their use in foods, industrial plastics and pharmaceuticals. (See PCC’s official comments to regulators at pccmarkets.com/issues/statements.)

The FDA also has added spinach and lettuce to crops that can be treated with ionizing irradiation — and at much higher levels of exposure, more than has been allowed previously. This was done with no opportunity for public comment.

Technology ideology
For many years, technological growth and industrial expansion have been presumed to be beneficial. Our lending institutions have encouraged an unrestrained credit binge, feeding a culture of over-consumption and a sense of entitlement.

Meanwhile, our most precious treasures have been plundered and polluted as our regulators look sideways. Now as we’re assessing the damage, we’ve met the enemy and it is us.

We know change won’t be painless but it can be therapeutic and rejuvenating. We’ll need to rethink what is really important.

What do we truly need and value? What gives us a sense of personal fulfillment and national identity? What provides a nation with a sense of well-being, health and security?

We have to come to terms with understanding that we’re living not only in a time of “peak oil” but essentially of “peak everything” regarding tangible resources. If viewed as a welcome wake-up call — and resist hitting the snooze button to continue dozing — we’ll be alert to participate in creating the solutions we yearn for.

We are in this together and by taking the long view, we can conserve our true treasures and be better stewards of our future.

Choosing solutions
When I fixate only on a problem, solutions that are right in front of me go unnoticed. When I refocus on exploring solutions, I can see them.

I recall that in 1979, many of us in Seattle enthusiastically celebrated “Sun Day,” a declaration that we needed to move away from fossil fuels and more nuclear energy to explore the promise of solar solutions.

Twenty-six years later, in 2005, the New Apollo Energy Act was introduced by Washington Congressman Jay Inslee and others, promoting solar energy and other non-polluting solutions. “Apollo’s Fire,” Inslee’s 2007 book, features the sun prominently in its 10-point plan for green jobs and energy.

Even in the rainy Pacific Northwest, the sun is capable of providing us with many year-round energy solutions, free and non-polluting. The sun is the key to all the nutrients and calories in all of the food we’ve ever had or will have. Even coal, gas and oil began as stored sunlight in ancient plants — the fossils in our fuel tanks that are running dry fast. We have solutions in front of us!

We need to convert millions of acres to grow healthful foods in open fields (including urban spaces) and greenhouses. Priority for space should be given to food banks, schools, hospitals and other institutions.

Millions of new farmers can and need to be trained and employed in such truly “green” jobs, emphasizing sustainable and organic methods. (See Growing more organic farmers, December 2008 Sound Consumer.) This would create highly skilled, non-polluting careers with work that offers a sense of pride and accomplishment as well as a livable income.

The re-greening of community landscapes from the current “malled” model will invigorate and strengthen support for small-scale, local working farms and ranches.

Pipe dreams? Noted author Michael Pollan doesn’t think so. Pollan has become an active champion of the changes PCC has long advocated in food and agriculture, writing several books about the problems of the industrial model and the chemical-industrial complex’s influence with regulators.

Farmer in chief
Three weeks before the national election, Pollan wrote a long, open letter to the next president, entitled “Farmer in Chief.” Here’s the beginning:

“Dear Mr. President-elect: It may surprise you to learn that among the issues that will occupy much of your time in the coming years is one you barely mentioned during the campaign: food. Food policy is not something American presidents have had to give much thought to, at least since the Nixon administration — the last time high food prices presented a serious political peril.

“Since then, federal policies to promote maximum production of the commodity crops (corn, soybeans, wheat and rice) from which most of our supermarket foods are derived have succeeded impressively in keeping prices low and food more or less off the national political agenda. But with a suddenness that has taken us all by surprise, the era of cheap and abundant food appears to be drawing to a close.

“What this means is that you, like so many other leaders through history, will find yourself confronting the fact — so easy to overlook these past few years — that the health of a nation’s food system is a critical issue of national security. Food is about to demand your attention …”

We’re pleased to learn from Time magazine that Obama read Pollan’s long letter and is taking it in:

“I was just reading an article in the New York Times by Michael Pollan about food,” said Obama, “and the fact that our entire agricultural system is built on cheap oil. As a consequence, our agriculture sector actually is contributing more greenhouse gases than our transportation sector.

“And in the meantime, it’s creating monocultures that are vulnerable to national security threats, are now vulnerable to sky-high food prices or crashes in food prices, huge swings in commodity prices, and are partly responsible for the explosion in our healthcare costs because they’re contributing to type 2 diabetes, stroke and heart disease, obesity, all the things that are driving our huge explosion in health care costs.

If Obama and his strategists continue to listen like this, there is hope.

Change, indeed, is on the way.

Letters to the editor, December 2008

We’ve heard about the power of positive thinking and few of us can sing the 1980s tune “Don’t worry, be happy!” without wincing, but new research shows there is wisdom in those words. A Dutch professor reviewed 30 studies on happiness from around the world covering one to 60 years and found an amazing thing.

Cooperatives: for a stronger, stable economy

Our distressed economy offers an incredible opportunity for cooperatives. Most co-ops haven’t suffered the full brunt of the volatile credit market, yet the media largely has overlooked the reasons why. What caused our current economic crisis? Popular analysts attribute it to greed, deregulation and predatory lending.