This article was originally published in August 2007 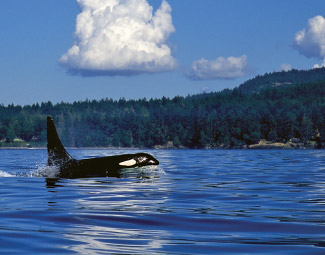 (August 2007) — The Puget Sound Partnership, created by the state legislature earlier this year to plan and coordinate restoration of the Sound, provides an opportunity for bold, creative action to conserve the natural heritage of our region. But only if we, as interested members of the public, make clear that we will settle for nothing less.

Frankly, speaking as one who has written a book on the subject, much of the process that led to the partnership was disappointing.

In the report that resulted from the process, Gov. Gregoire’s own scientists state clearly that the strategies she proposes are “not likely to be sufficient to achieve ecosystem goals” — such as long-term recovery of salmon and orcas — given challenges from population growth, climate change and invasive species.

In general, the governor recommends continuing what we have been doing to protect and restore our environment, just doing a lot more of it. More of the same is not necessarily a bad thing, but the scientists are right: it’s not sufficient, given the challenges ahead.

Developing an “Action Agenda”
The legislation that created the partnership calls for development of an “Action Agenda” over the next year, which must consider the entire ecosystem that includes Puget Sound up to the crests of the Cascade and Olympic mountains.

The agenda is to consider the full range of factors crucial to the health of this ecosystem — including competition for land and water between our growing human population and natural systems. It also is to propose funding sources to implement what the governor’s report estimates will require $9 to $18 billion between now and 2020. 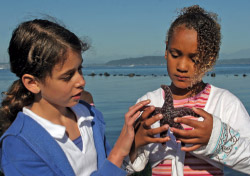 In these respects, the legislature has called for something other than just more of the same. The Action Agenda is due by September 2008, ensuring that the issues it raises will become part of the governor’s race and legislative races next year.

A leadership council chaired by Bill Ruckelshaus, the widely respected leader of salmon recovery efforts in our region, will oversee development and implementation of the agenda. The council will work with two advisory committees, one comprised by scientists, the other comprised by representatives of stakeholders and agencies.

A long-term, comprehensive approach
I’m working with a wide variety of interested people across the Puget Sound region to try to ensure the council’s recommendations are long-term and comprehensive, and will address the fundamental challenges identified by the governor’s scientists.

Unfortunately, this will entail a shift in vision from the governor’s stated goal of “saving the Sound” by 2020. While that may sound admirable, it mischaracterizes the challenge. As long as millions of us live here and our population continues to grow, the Sound never will be “saved.”

In the Central Puget Sound counties of Snohomish, King and Pierce, the Cascade Land Conservancy has better framed the issue: looking out 100 years, what can we do now to conserve the most important natural features of our region? How can we “grow with grace?”

It’s not that we should ignore the needs of the central Puget Sound area. That’s where most of us live. But if we neglect investing in these other places, we will not succeed in conserving Puget Sound as an ecosystem.

The prospect is daunting, but we should take heart in two things: one, we have a head start on many of the toughest issues (e.g., growth management, protecting old growth forests, developing integrated salmon recovery plans); and two, we have the legal authority to do this.

By the latter point, I mean that all of our toughest issues ultimately come down to how we manage land and water. Land use laws, most aspects of water rights and water pollution control, stormwater management — these are almost entirely matters of state and local control and individual choice.

Economics are key
I believe that the most significant challenges before us are economic. Ultimately, they come down to these three issues:

When Gov. Gregoire appointed the group that ultimately recommended the partnership, she called for a “bold” proposal. That opportunity is still before us.

John F. Kennedy once asked, “If not us, who? If not now, when?” Considering all of the Puget Sound region’s advantages in beauty, wealth, natural resiliency, scientific knowledge and history of environmental concern, when it comes to conserving natural systems in a developed area, I would add, “If not here, where?”

John Lombard is the author of “Saving Puget Sound: A Conservation Strategy for the 21st Century.” Published late last year by the University of Washington Press and the American Fisheries Society, it’s available at most bookstores and through Amazon.com. See www.savingpugetsound.com for details and contact information.

Insights by Goldie: Be an “eco-tourist” in Washington state

Board meeting report, The Nominating Committee begins its search for candidates, Next board meeting, and more

Be an all-weather supporter