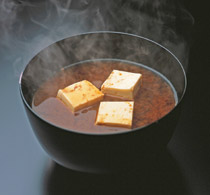 (April 2006) — There’s been a lot of discussion recently in the wholistic nutrition media about the pros and cons of eating soy products. Some of it has been fueled by a recently released book called “The Whole Soy Story: The Dark Side of America’s Favorite Health Food,” by Kaayla T. Daniels Ph.D., C.C.N.

I’ve browsed the book and also spent some time researching both pro and con articles on soy so I could bring a balanced picture to my classes at Bastyr University and elsewhere.

Many people get their nutritional information from the popular media, including television commercials. One problem with this is that they believe it. The second problem is that most Americans think that anything the media says is good for them to eat means they should not just eat it, but eat a lot of it every day. Hmmm.

So when the media began reporting scientific research showing health benefits from eating soy products, Americans hopped on the soy wagon. Hence, not only the gulping of soy lattes, munching of soy-based candy bars (referred to as “energy bars”) and slicing of Tofurkey at Thanksgiving, but the broad acceptance that anything with soy anything in it is good for you. Good news for the soybean farmers who were subsidized $1.6 billion this year by our federal government.

Soybeans have some great things to brag about. They contain potentially healthful compounds called phytoestrogens. They are a good non-cholesterol protein source, a natural source of lecithin, and are concentrated in essential fatty acids, including omega-3.

Soybeans also are a difficult food for humans to digest. They contain more phytic acid than most grains or beans, which can affect mineral absorption. Some feel their natural enzyme inhibitors can block protein absorption.

Ms. Daniels takes many more punches at the poor bean citing allergies, sexual dysfunction, adverse affects on hormone development during puberty, thyroid deficiencies, and retarded growth in children as symptoms of eating too much soy — just to name a few. I also agree that there’s a real downside to feeding infants processed soy formula, which isn’t really comparable nutritionally to live mother’s milk.

Products made from soy derivatives such as cheese, margarine, burgers, hot dogs and bacon are a staple in most vegetarian and vegan diets. To me, these products do not seem any livelier or healthier than their animal-based counterparts. Less so in most cases.

The traditional Japanese diet, through centuries of trial and error, found ways to use soybeans in a healthful manner. They did not invent or eat soy protein isolate. They mainly ate carefully crafted, fermented soy products in small amounts.

The fermentation process deactivates the phytic acid and renders the bean much more digestible. Tamari, shoyu, miso and tempeh add flavor and digestibility to meals when served in small amounts. Though not fermented, tofu also doesn’t affect mineral absorption because of the way it’s made.

Traditional tamari and shoyu are soy sauces derived from a long aging process. Some mass-market brands are not fermented and use hydrolyzed vegetable protein, corn syrup, caramel color and MSG to mimic the color and flavor of natural fermentation.

Cultures that traditionally used soy products in their diets also included sea vegetables. If there’s any worry about mineral absorption or thyroid deficiencies from eating soy, the plethora of minerals, including iodine, in sea vegetables counters it.

Is it a good bean or is it a bad bean? Where does eating soybeans fit into a well-balanced diet? Enjoying small amounts of fermented soy products and fresh tofu, in a diet that includes sea vegetables is perfectly wonderful. Purchase organic soy foods, since an estimated 85 percent of the non-organic U.S. soy crop is genetically engineered.

Buy things to eat that are fresh and lively; foods that you could reproduce at home without any heavy machinery. Don’t revere soy or shun it. Simply pay attention to quality and quantity.

In addition to teaching at Bastyr University, Lair is a PCC Cooks instructor and author of “Feeding the Whole Family” and “Feeding the Young Athlete.”

Insights by Goldie: What we really need from health research