This article was originally published in May 2004 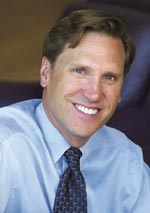 (May 2004) — Diabetes is one of the biggest drains on our society’s resources — both financial and human. The total economic toll of diabetes in the United States alone is staggering, more than $100 billion dollars annually.

Approximately one-third of the 17 million people in the United States with diabetes are unaware they have the disease. Many of these individuals first learn they have diabetes when they develop one of its life-threatening complications: a heart attack, stroke or kidney disease. Overall, the risk of death from these catastrophic complications is about four times higher for people with diabetes than for people without diabetes. In addition to an earlier death, diabetes carries with it significant risks for serious complications such as blindness, the need for dialysis, and limb amputation.

PCC and Natural Factors present a free lecture on treating and preventing diabetes by Dr. Michael Murray, one of the world’s leading authorities on natural medicine. After his lecture at the theatre, Dr. Murray will sign copies of his new book, “How to Prevent and Treat Diabetes with Natural Medicine,” at PCC’s Fremont store.

Types of diabetes
Diabetes is divided into two major categories: Type 1 and Type 2. Type 1 diabetes is associated with complete destruction of certain cells in the pancreas that manufacture the hormone insulin. Individuals with Type 1 diabetes require lifelong insulin for the control of blood sugar levels. About 5 to 10 percent of all diabetics are Type 1.

Type 2 diabetes insulin levels are typically elevated, indicating a loss of sensitivity to insulin by the body’s cells. Approximately 90 percent of individuals categorized as having Type 2 diabetes are obese.

The need for natural medicine
Diabetes is a very serious disorder, and current conventional medical treatment has undoubtedly led to many diabetics living healthier and longer. But the best treatment for any disease is primary prevention. Can diabetes be prevented? Absolutely, and it is quite clear that the best way to achieve this goal is through lifestyle, dietary and nutritional supplementation methods.

When implemented properly, these natural approaches to diabetes can:

The right diet for diabetics
It’s quite clear that the best diet to manage diabetes and other blood sugar disorders is not the one promoted by the American Diabetes Association (ADA). One of the main criticisms of the ADA’s Diabetes Food Pyramid is that it does not stress the importance of quality food choices strongly enough.

For example, the bottom of the pyramid represents the foods the ADA thinks should make up the bulk of a diabetic’s diet; the bread, cereal, rice and pasta group. At six to 11 servings a day from this group, a diabetic is supposedly on the way to a healthier life. What the pyramid does not convey, however, is that following these recommendations sets the stage for further insulin resistance, obesity and heart disease.

If you compare the ADA’s dietary recommendations to those in our book, “How to Prevent and Treat Diabetes with Natural Medicine,” you will notice some clear differences. Our version incorporates the best from two of the healthiest diets ever studied — the traditional Mediterranean diet and the traditional Asian diet. These diets also have been shown to be protective against diabetes, heart disease and cancer.

The four key principles of our diet program are: avoid high-calorie, low-nutrient foods such as junk foods, candy and soft drinks; follow a low glycemic diet; eat a “rainbow” assortment of fruits and vegetables; reduce the intake of meat and animal products; and eat the right types of fats.

Achieving goals
The goals of controlling blood sugar levels and promoting good health with natural medicine are quite simple:

Specific natural products are available to address each of these core goals. For example, soluble fiber supplements have been shown to enhance blood sugar control, decrease insulin levels and reduce the number of calories absorbed by the body. Alpha-lipoic acid has been shown to be very effective in the treatment of diabetic neuropathy and actually stimulates the regeneration of nerve fibers. Extracts of the herb Gymnema sylvestre have been shown to enhance glucose control, presumably by increasing the production or activity of insulin.

Michael T. Murray, N.D., is widely regarded as one of the leading authorities on natural medicine. His latest book is “How to Prevent and Treat Diabetes with Natural Medicine.” Join Dr. Murray for a free lecture on diabetes.