Landmark study from the UW on pesticides in the diet

This article was originally published in June 2003 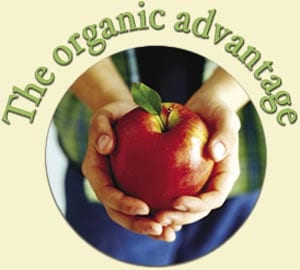 Currently, there are no national guidelines to provide a benchmark for safety and the health risks posed by chronic, low level exposures are unknown. The results of our study do, however, support the idea that organic diets can significantly reduce exposure to pesticides.

University of Washington studies
For nearly 15 years, our research group, led by Dr. Richard Fenske at the University of Washington, has looked at pesticide exposures to children. Our work has focused primarily on potential “high-risk” children, such as those living in agricultural communities near pesticide-treated farmland, or children of farm workers and pesticide applicators. In these studies we evaluated childrens’ pesticide exposures by measuring their urinary pesticide metabolite levels.

In 1998, Dr. Alex Lu, a senior research scientist on our team, led a project that looked at differences in pesticide metabolite levels between two groups of urban and suburban children. This study concluded that while there were no differences in levels based on family income or on the time of year, children whose parents used residential lawn or garden pesticides had higher levels than children whose parents did not.

The 1998 study had one other surprising finding — only one child from either group had no measurable exposure to organophosphorus pesticides during either season. This child’s parents reported that they fed their son an entirely organic diet.

We recruited families from the entryways of two grocery stores in Seattle: the PCC View Ridge store and a large retail chain supermarket selling mostly conventional foods. With the permission of the store managers, customers were approached at the store entrances and were told about the study.

Those who had toilet-trained children aged two to five years were asked about their children’s diets. Children whose parents stated that their juice, fresh fruit, and fresh vegetable consumption was either nearly all organic or nearly all conventional were eligible for the study.

Children’s diets were classified as either “organic” or “conventional” based on the information provided by the parents in the food diaries. If 75 percent or more of a child’s fresh fruit, vegetable, and juice servings were conventionally grown, that child’s diet was considered “conventional.” If 75 percent or more of the child’s produce and juice servings were recorded as organically grown, that child’s diet was considered “organic.”

Forty-three children participated in our study. The parents recorded the amount and type of all food eaten by their child for three days (two days prior to and the day of sample collection) and noted whether or not each item was organic, as determined by the food’s label. Parents also answered a detailed questionnaire, which included information on the child’s age and weight, parental occupation and residential pesticide use in the home, on the home structure, in the garden, on the lawn and on pets.

Parents collected all of their child’s urine for a complete 24-hour period. The urine samples were analyzed for five metabolites common to the organophosphorus (OP) class of pesticides. This class of pesticides contains about 40 different chemicals registered for both agricultural and residential insect control in the United States, including the residential chemicals diazinon and chlorpyrifos and the common agricultural chemical, azinphosmethyl. The ability of organophosphates to work as insecticides flows from their efficacy as nerve toxins.

We were not surprised to find that the children with organic diets had lower metabolite levels, but we were impressed by just how much lower those levels were. Some parents of study participants were also surprised — and pleased to know that their efforts were making a difference.

One mother of a child in this study said, “Buying organic makes me feel good, that I’m doing something good for the land. But it’s great to hear that there are real differences in what chemicals my children were exposed to.”

Another parent involved in the study, L.B. Sandy Rock, M.D., a PCC Issaquah shopper and chair of the Environment and Health Committee of Washington Physicians for Social Responsibility, says, “Receiving the results of the study was real affirmation of the choices we have made for our daughter.

She has been about 80 percent organic since the day she was born in 1998. Seeing her numbers at the low end of the graph not only was reassuring, but it gave us new impetus to continue our mostly organic eating habits.

I have used this personal story of environmental contaminant exposures through food several times in the environmental science courses I teach at Bellevue Community College. And I have shared it with colleagues on the Environment and Health Committee of the Washington Physicians for Social Responsibility. We are excited to have been part of such a landmark study.”

Risks unknown
The results of this study are extremely telling. They make a strong case that eating organic can lower a child’s exposure to pesticides. Keep in mind, however, that the last piece of the puzzle still is not in place. The health risks, if any, posed by pesticide exposures at the levels found for the children with conventional diets are unknown. There is a general lack of knowledge in the scientific community about what levels of pesticides are risky and what levels are so small as to be unimportant.

This missing puzzle piece could come from a proposed federal research study called the National Children’s Study. This study would follow more than 100,000 children from birth to adulthood and would examine the relationship between environmental exposure and health and development.

There is a reason that children are the focus of so much research on pesticide exposure. In 1993, the National Research Council (NRC) produced the first report to suggest that young children might be at higher risk than adults from exposure to harmful pesticides through their diets. 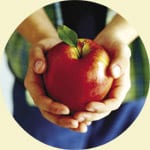 The NRC’s report, “Pesticides in the Diets of Infants and Children,” noted that children eat more food per body weight than adults do and that their diets are often rich in foods such as fresh fruits, vegetables, and juices, which may contain higher levels of pesticide residues than other foods. At the same time, the immune systems of young children are often not yet fully developed.

Given these characteristics, the Environmental Protection Agency has deemed young children a special population whose pesticide exposures must be examined carefully.

New EPA guidelines call on environmental regulators to assume that children two or younger be considered 10 times more susceptible to harmful effects of chemical exposures than adults. Older children age two to 15 would be considered three times as susceptible.

Pesticide residues on food
Additional data on pesticide residues has emerged since passage of the Food Quality Protection Act in 1996. That historic legislation directed the EPA to reassess all food uses of pesticides, taking the increased vulnerability of infants, children and the elderly into account. About a dozen foods are tested each year now through the “Pesticide Data Program (PDP)” and this program includes notations on what is organic, IPM-grown, “no detectable residues,” or “pesticide free.”

Some people ask why organically grown foods contain any pesticide residues at all. The reason is that pesticides are ubiquitous and mobile. Positive organic samples generally contain low levels of residues, which could come from pesticides drifting in other nearby fields, from the water table, or from soil-bound residues of persistent chemicals.

Conclusions
The metabolites measured in our most recent UW study are produced by a large number of different pesticides, which vary in toxicity by as much as a hundred-fold. Therefore, it was impossible to definitively calculate the risk represented by the levels of pesticide metabolites we found.

However, depending on the specific pesticides to which the children were exposed, we were able to conclude that consumption of organic produce and juice might be able to shift children’s exposure from a range of uncertain risk to a range of negligible risk within the context of EPA’s current risk framework.

Despite the uncertainty regarding health effects, the results of this study show that consumption of organic produce is an effective and relatively simple way for parents to reduce their children’s exposure to pesticides. The reduction may be greater for children than adults (since children tend to eat more foods with relatively high levels of pesticide residues), but it’s likely that eating an organic diet can reduce pesticide exposure for people of any age.

It is important to note, however, that even if it turns out that small amounts of pesticide residues in the diet are proven to present a health risk, the advantages of a diet rich in fruits and vegetables probably will far outweigh them. In other words, it’s still healthier to eat conventionally grown produce than no produce at all.

Update on the Shipley Fields: Wal-Mart plans to build a big box right next door