Remembering the early days of PCC

This article was originally published in November 2011 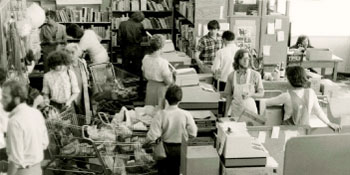 One of PCC’s early locations, on 20th Ave. in the Ravenna neighborhood, opened in 1976.

Among today’s nearly 45,000 PCC members, there are several thousand who can boast of belonging to the co-op for an impressive 30 years or more. But there is just a tiny handful who still can remember back more than 50 years to the days when PCC was a cooperative food-buying club for fewer than a hundred families.

Elaine Birn moved to Seattle in 1959 with her husband Marty, who came to work for Boeing. She and Marty had lived in the Friends Housing Cooperative in Philadelphia, a successful experiment in interracial and cooperative living that helped renew an area of crowded slums that had plagued the city for decades. “We were interested in the whole concept of cooperatives,” Elaine explained. 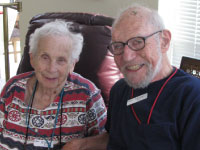 As newcomers to the Northwest and parents of a baby boy, they found a cooperative apartment complex in Seattle’s Madrona neighborhood. The families there participated in a cooperative food-buying club that would become PCC.

“It was really the best community I’ve ever lived in,” Elaine said, remembering the strong bonds that formed between the uniquely intergenerational and interracial group of families.

PCC’s beginnings are deeply rooted in the cooperative movement that was flourishing in the Seattle area, beginning in the 1920s. PCC founder John Affolter worked with farmers’ cooperatives in California and Minnesota before coming to Washington in 1949 to work with a farmers’ co-op in Walla Walla. When he moved to Seattle, one of his first jobs was selling policies for the newly formed Group Health Cooperative. 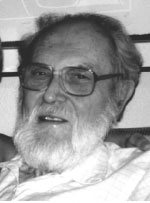 In the early 1950s, the Affolters and several other couples bought 37 acres near Renton to build the May Valley Cooperative Community. It was there that Affolter began a food-buying club that he ran out of his basement.

Elaine doesn’t remember ever meeting John Affolter, but she does remember picking up her food in the garage of Ivan King, a fellow member of the PCC buying club and, like Affolter, another well-known member of Seattle’s social justice community. The fundamental co-op principles that still guide PCC today, including voluntary and open membership without discrimination, democratic control by the members, and concern for the community, attracted many like-minded community leaders.

Over time, PCC grew and evolved. In 1961, 15 families incorporated the food-buying club as Puget Consumer Co-op, and the co-op members elected their first board. In 1967 PCC members closed their operation in Renton, and 340 households opened the first storefront in the Madrona neighborhood. Except for the store manager, volunteers ran the operation.

Elaine volunteered at the Madrona storefront, just around the corner from her house. She remembers packaging and labeling food and cashiering, surrounded by open barrels of bulk food — quite different from the enclosed bulk food containers at PCC today.

“The health inspector came and threatened to shut us down,” she recalled with a smile.

Even after she and her family moved to Bellevue, Elaine remained very involved at PCC and served as secretary on the board. She describes the 1960s as a time of a lot of change for the co-op. “We were running out of space, and in thinking about where to move, we thought that a college community would be more likely to support a co-op.” 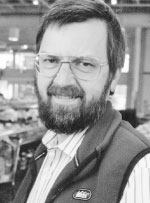 Elaine also remembers that the discussion about whether or not to focus on organic food began at that time. In 1969 the PCC membership split between those who wanted to focus on natural food and those with a primarily economic interest. The members with a focus on natural foods opened a larger PCC storefront on N.E. 65th Street close to the University District.

With these changes in place, followed by the hiring of Randy Lee as store manager in 1970 (who now serves as PCC’s CFO), PCC struck out on the path to becoming the largest consumer-owned natural food store in the United States today.

Through it all, Elaine has remained a loyal PCC shopper. She and Marty moved back to Seattle and have been regular customers at the View Ridge PCC. Today, as residents of a local retirement community, Elaine still likes to go to PCC for her bulk food. But PCC has been much more than just a grocery store, she says. “It’s been a great community.”

Leanne Skooglund Hofford is a Seattle writer who thought she was a longtime member of PCC until she met Elaine Birn.

PCC Board of Trustees report, November 2011

Board report, Next board meeting, Nominating committee completing work, and more

The Rodale Institute has completed 30 years of its Farming Systems Trial (FST), America’s longest-running side-by-side comparison of organic and chemical agriculture, and the results are in: organic rules!